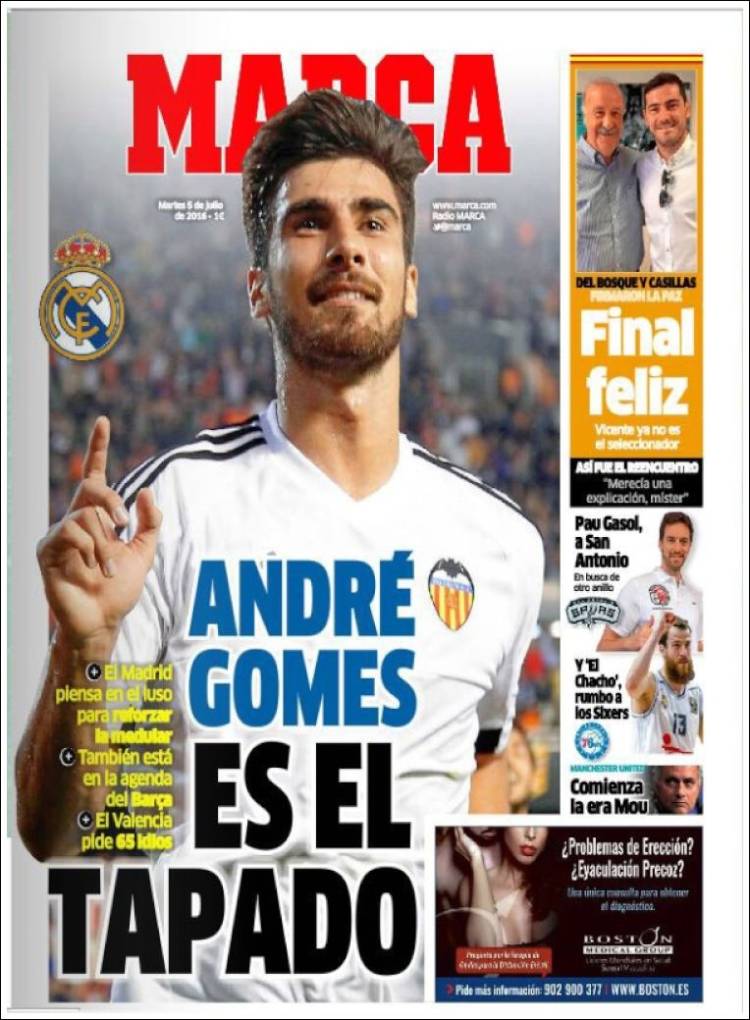 He’s the chosen one

Madrid think about the Portuguese to reinforce the spine

Vicente is no longer the national team Coach

That was the reunion

“I deserved an explanation, Coach” 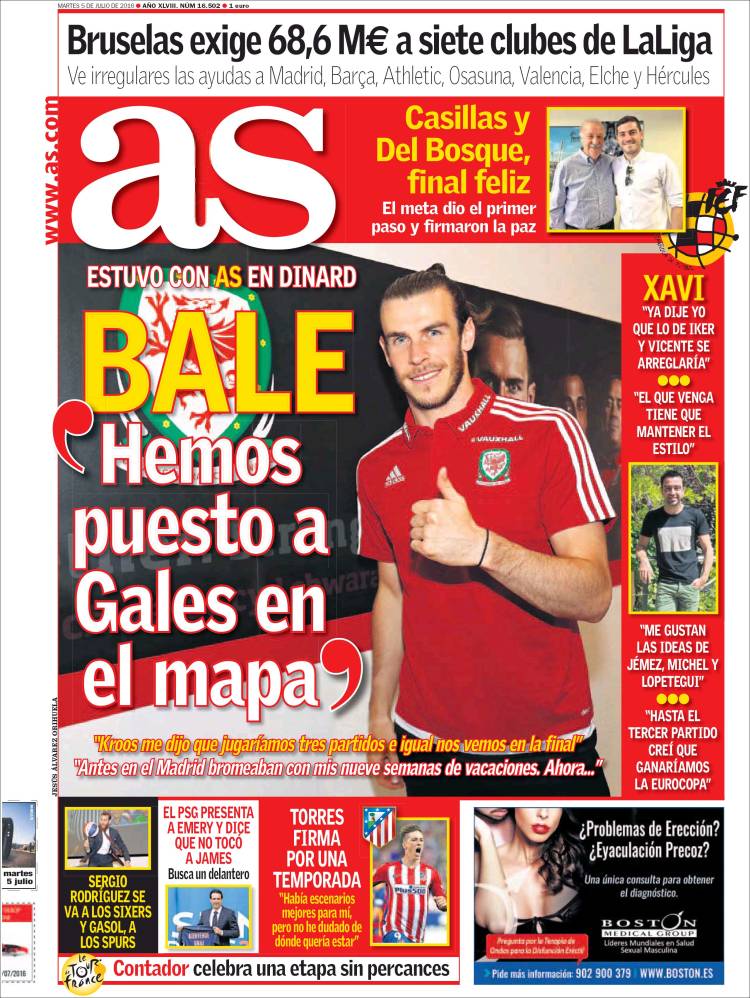 The goalkeeper took the first step and they agreed the peace

With AS in Dinard

“We have put Wales on the map”

“Earlier in Madrid they were joking about my nine weeks of holiday. Now…”

PSG present Emery and say no contact with James

Looking for a forward

Torres signs for another season

“There were better scenarios for me, but I had no doubt where I wanted to be”

“I already said Iker and Vicente would settle it”

“Whoever takes over has to maintain the style”

“I like the ideas of Jemez, Michel and Lopetegui”

“Until the third game I believed we would win the Euros” 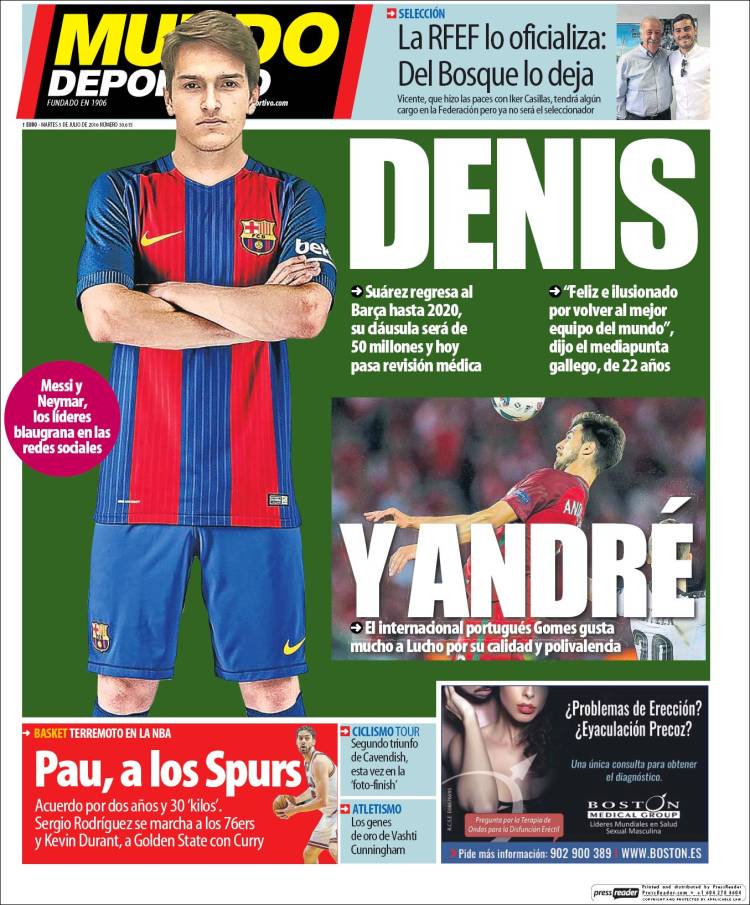 Vicente, who made peace with Iker Casillas, will have a post in the Federation but will no longer be the Coach

Suarez returns to Barca until 2020, with a €50m clause and today has medicals

“Happy and excited to return to the best team in the world,” said the Galician attacking midfielder, 22-years-old