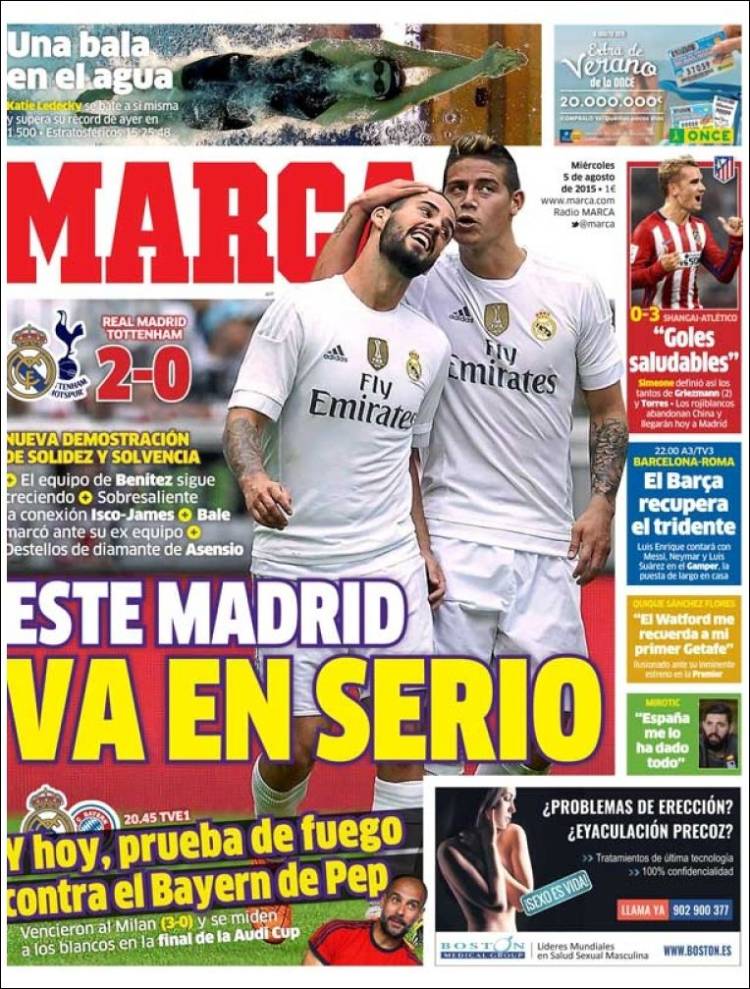 This Madrid is serious

And today, the litmus test against Pep’s Bayern

Bale scores against his former team

Flashes of the diamond Asensio

Simeone defined this way the goals of Griezmann [2] and Torres

Luis Enrique will have Messi, Neymar and Suarez in the Gamper, the home coming

“Watford reminds me of my first time at Getafe”

Looking forward to his imminent debut in the Premier League 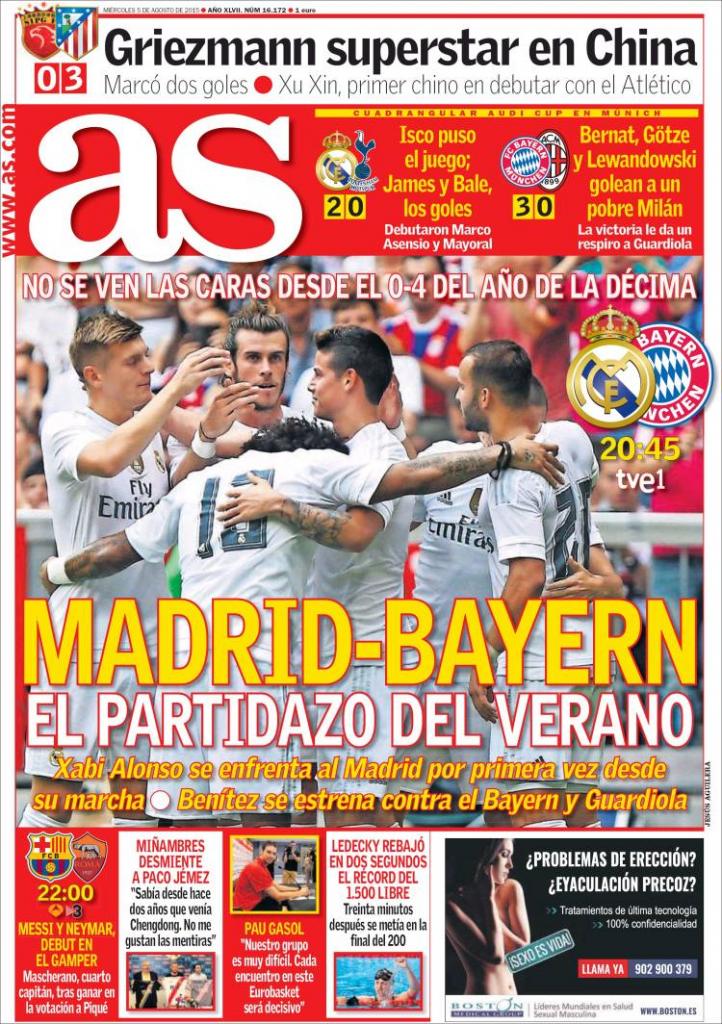 The biggest game of the summer

Xabi Alonso plays against Madrid for the first time since leaving

Benitez debuts against Bayern and Guardiola

Isco gets the game; James and Bale the goals

Debuts for Marco Asensio and Mayoral

Bernat, Gotze and Lewandowski score against a poor Milan

The victory a relief for Guardiola

Griezmann a superstar in China

Messi and Neymar, debuts in the Gamper

Mascherano, fourth captain, after winning the vote over Pique

“He knew Chengdong was coming two years ago. I don’t like the lies.” 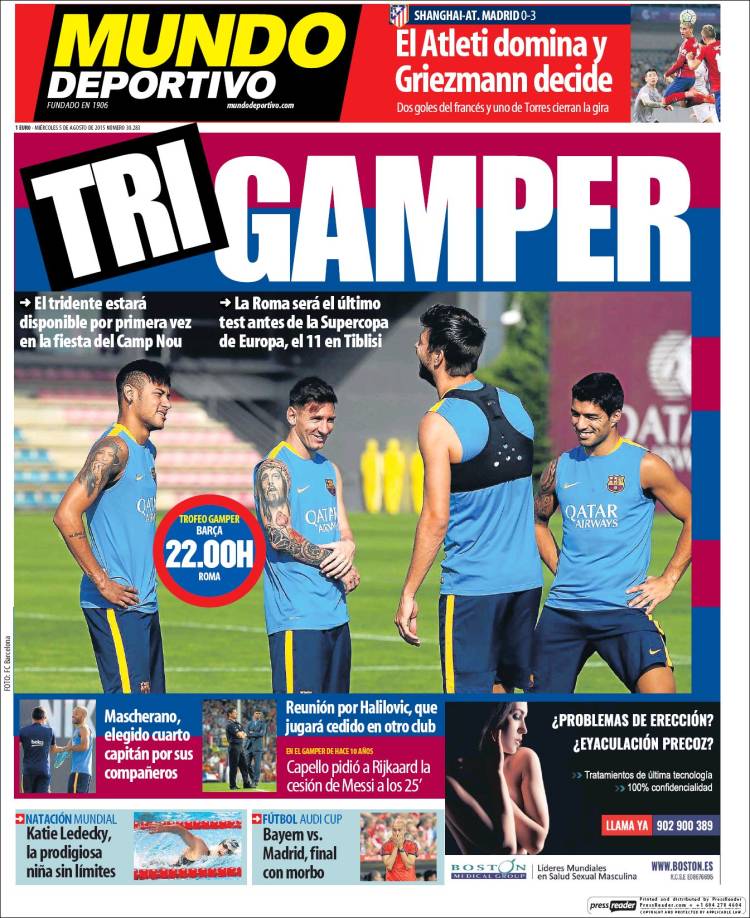 Roma will be the last test before the European Super Cup, on [August 11] in Tbilisi

Mascherano, voted as fourth captain by his teammates

Meeting for Halilovic, who will play on loan at another club

10 years ago in the Gamper

Capello asked Rijkaard for the loan of Messi after 25 minutes