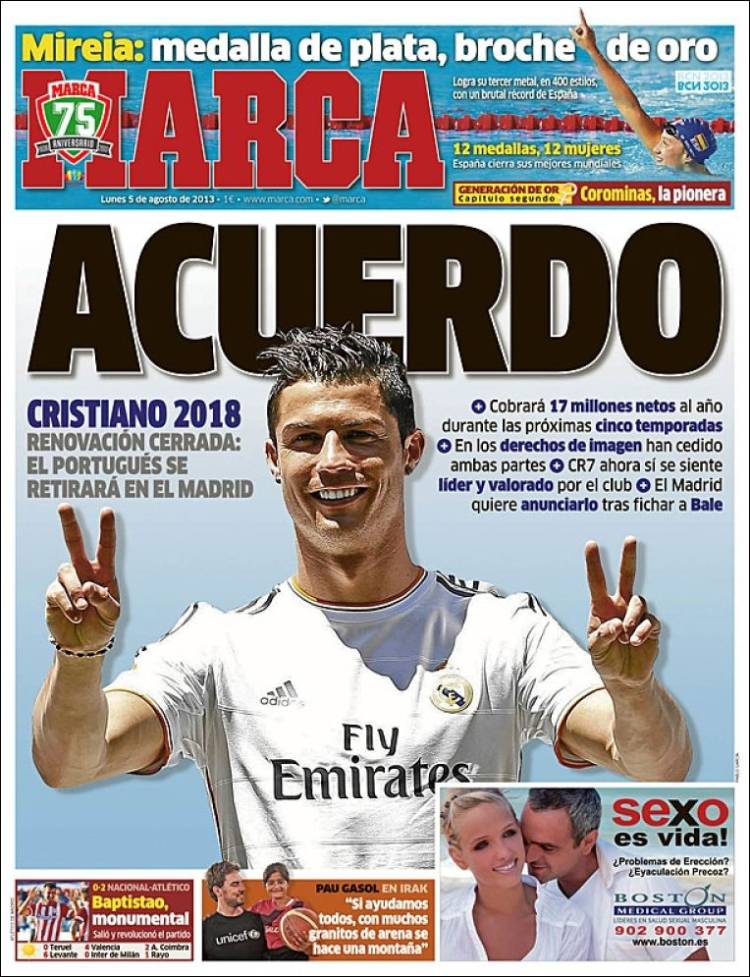 Cristiano 2018 renewal sealed: the Portuguese will retire at Madrid

He has conceded both parts of his image rights

Madrid want to announce it after Bale’s signing

Baptistao monumental – he comes on and changes the match 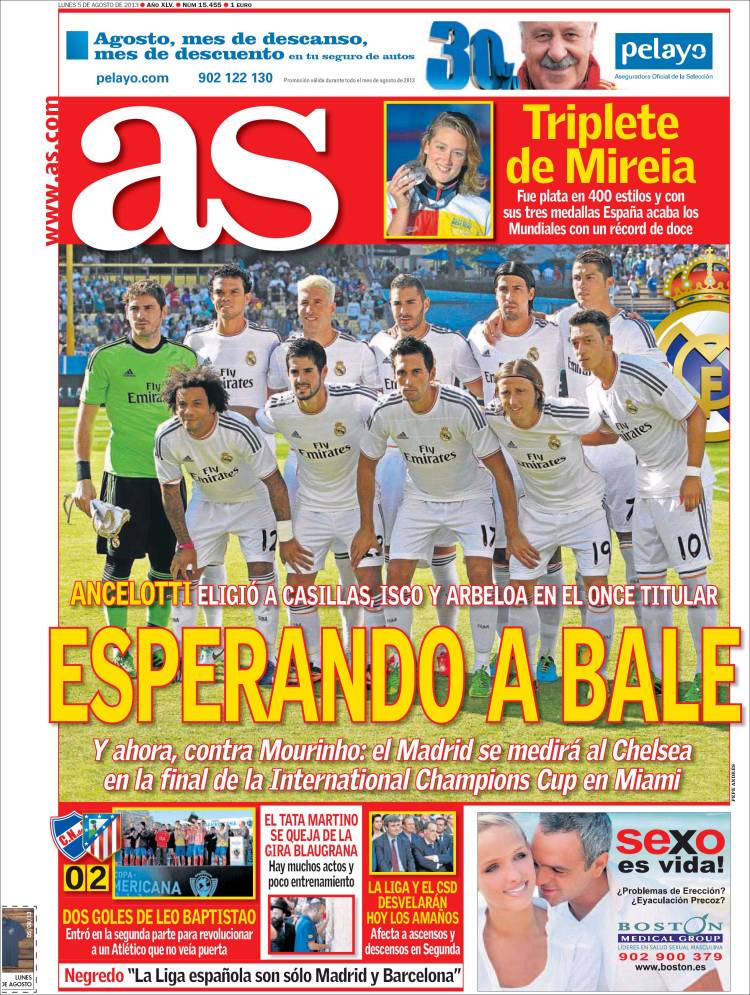 Ancelotti picks Casillas, Isco and Arbeloa in his starting line-up

And now for Mourinho: Madrid will face Chelsea in the final of the International Champions Cup in Miami

Two goals from Leo Baptista: he comes on in the second half to revitalise an Atleti that hadn’t had a shot at goal

Tata Martino complains about La Blaugrana’s tour. There are a lot of functions and little training

La Liga and the CSD will today make an announcement on match-fixing: it affects promotion and relegation in La Segunda

Negredo: “The Spanish League is just Real Madrid and Barcelona” 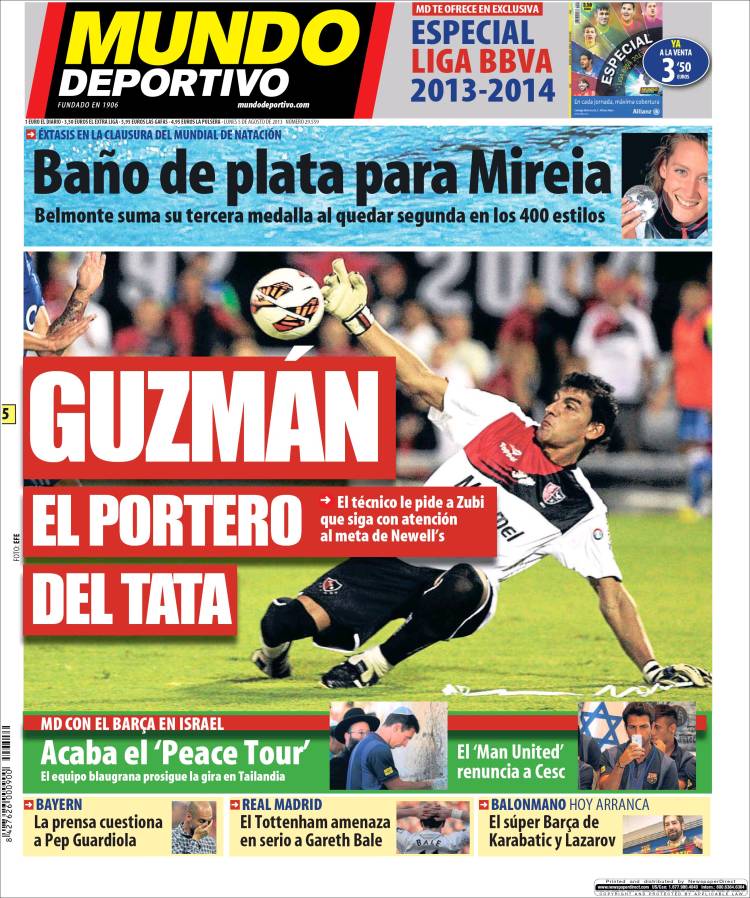 The boss asks Zubi to check out the Newell’s ‘keeper

The ‘Peace Tour’ is over

The Blaugrana team continue the tour in Thailand

Man United give up on Cesc