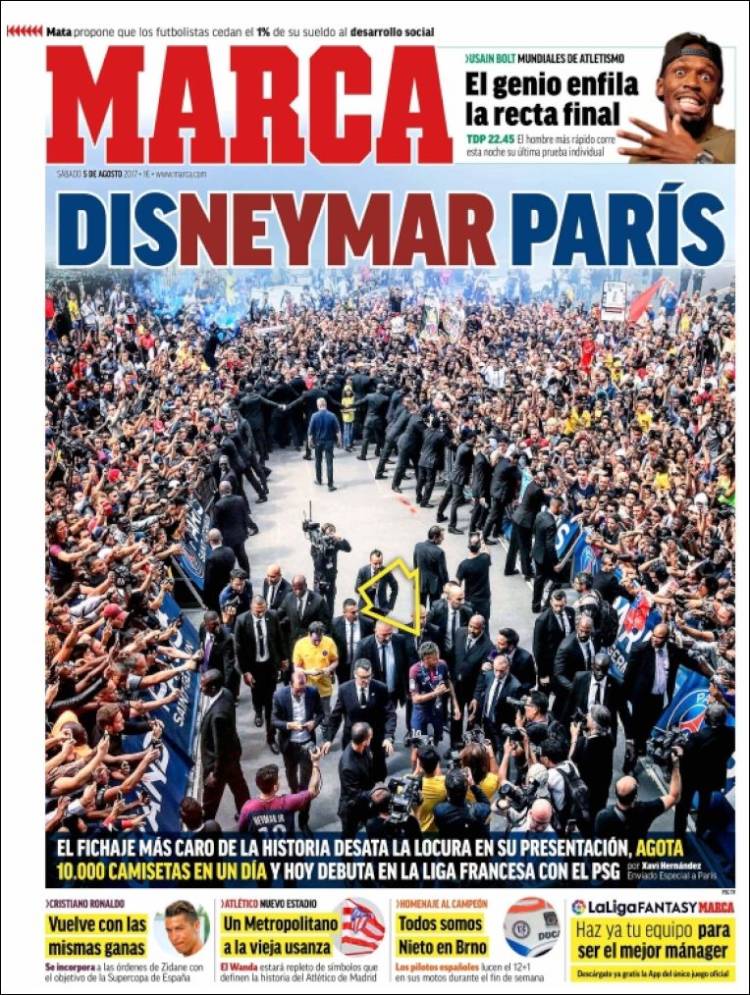 The most expensive signing in history provokes madness in his presentation, sells 10,000 shirts in a day and will debut in the French League for PSG tonight

He returns with the same desire as before 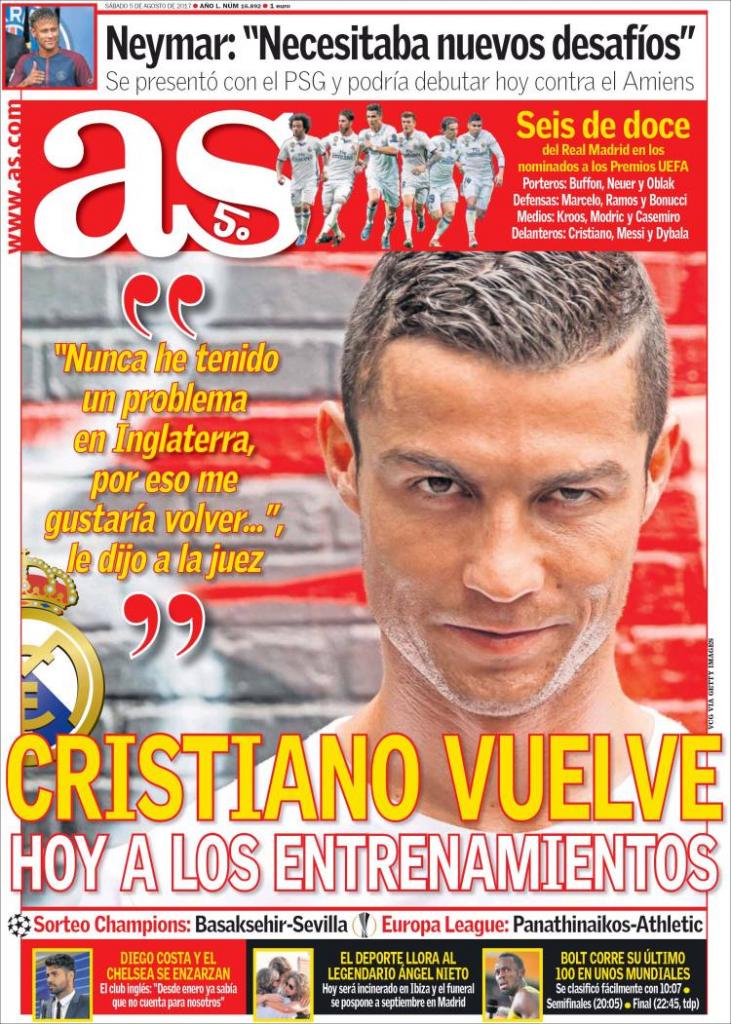 “I’ve never had a problem in England, that’s why I’d like to come back,” he told the judge

He was unveiled by PSG and could debut against Amiens tonight

The English club: “He’s known since January that we won’t be counting on him” 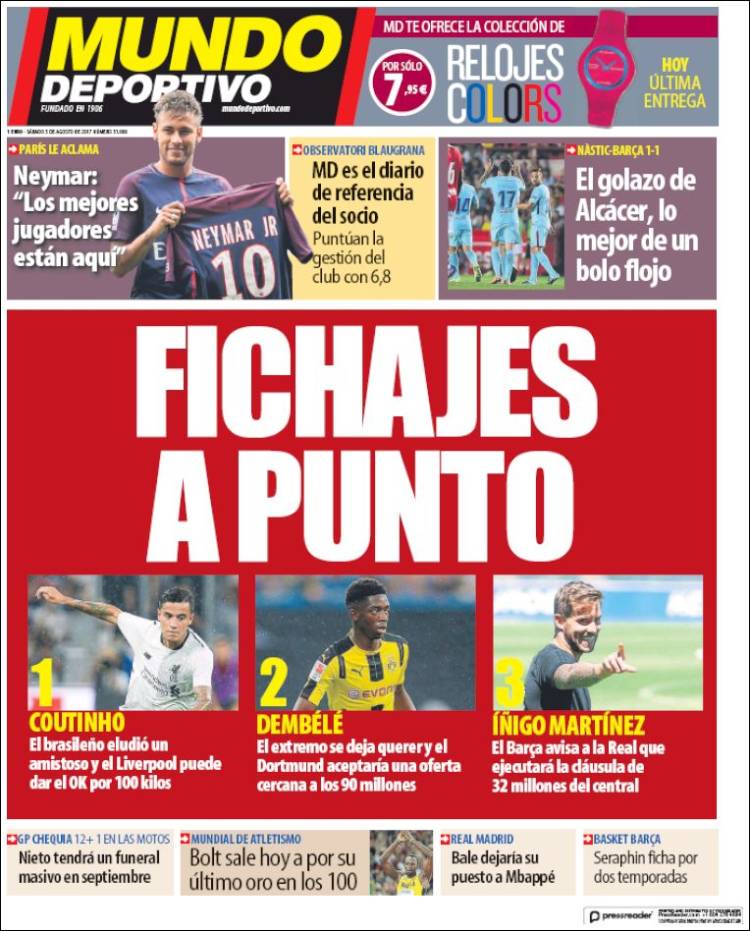 Signings at the ready

Neymar: “The best players are here”

MD is the go-to newspaper for members

They rate the club’s management 6.8

Alcacer’s goal, the best of a damp squib

Bale would leave his place to Mbappe