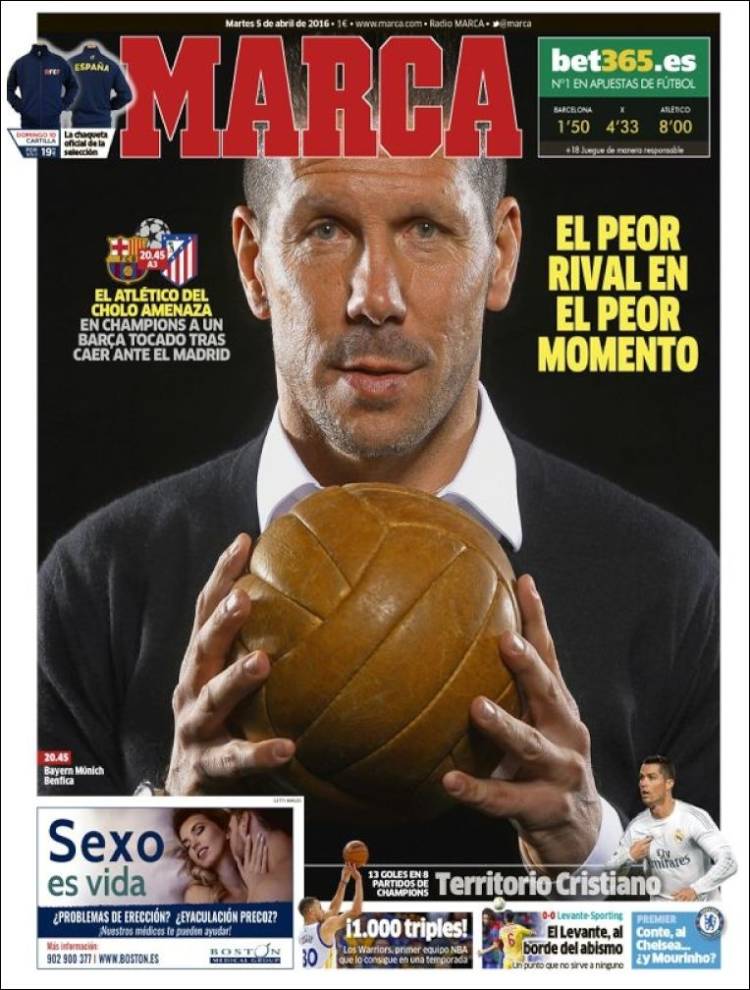 The worst opponent at the worst time

Levante, on the edge of the abyss

A point that doesn’t help anyone 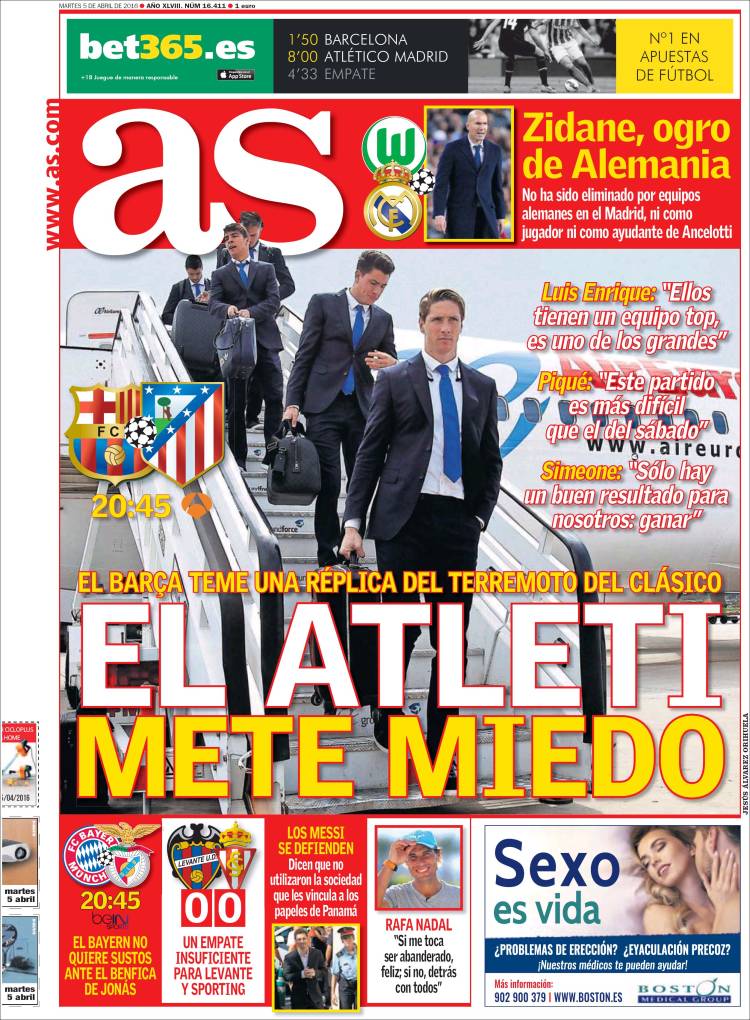 Hasn’t been eliminated by German teams at Madrid, not as a player nor as assistant to Ancelotti

Luis Enrique: “They have a top team, one of the greats”

Simeone: “The only good result for us: win”

Barca dread a repeat of the Clasico earthquake

A draw isn’t enough for Levante and Sporting 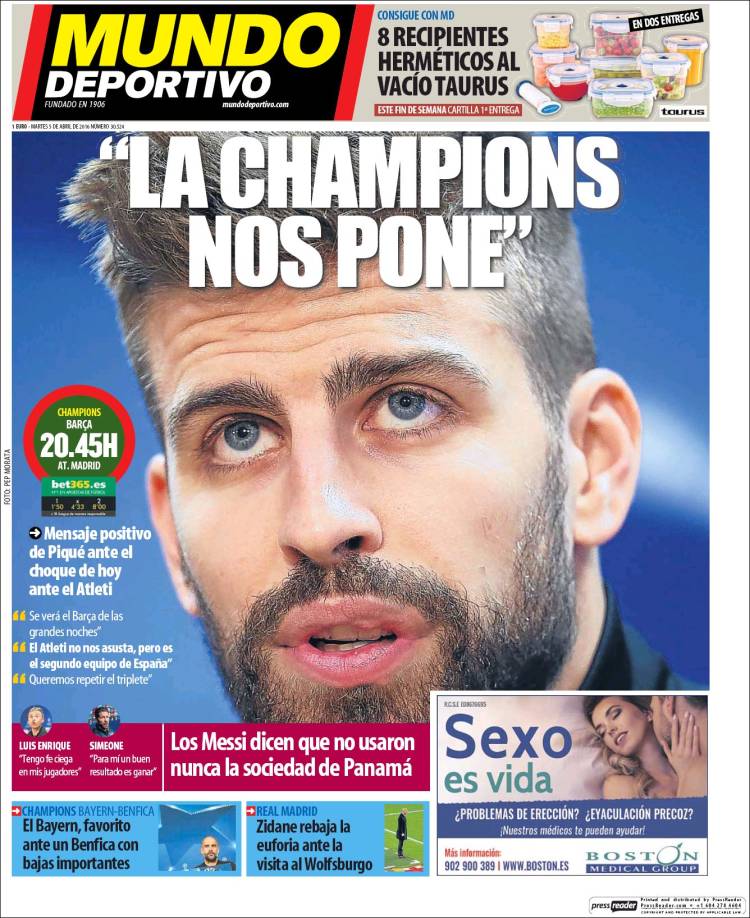 “The Champions League moves us”

Pique’s positive message after the shock before today with Atleti

“The Barca of big nights will be seen”

“Atleti doesn’t scare us, but they are the second-best team in Spain”

“We want to repeat the treble”

“I have blind faith in my players”

“For me a great result in winning”

The Messis say they didn’t use the Panama society

Zidane plays down the euphoria before the visit to Wolfsburg