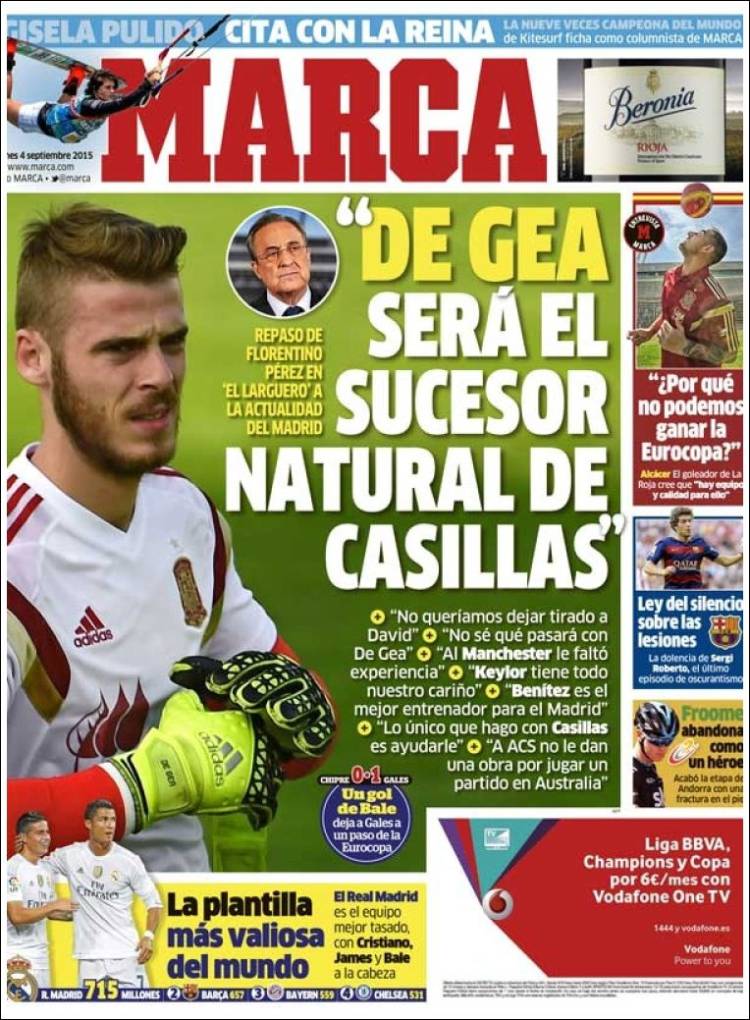 “De Gea will be the natural successor to Casillas”

‘We didn’t want to let David down’

‘I don’t know what will happen with De Gea’

‘Keylor has all our love’

‘Benitez is the best Coach for Real Madrid’

‘The only thing I did with Casillas was help him’

‘ACS doesn’t get work for playing games in Australia’

‘Why can’t we win the European Championship?’

La Roja scorer believes: “There is a team and quality for that”

Law of silence on injuries

The condition of Sergi Roberto, the latest episode of obscurantism

The most valuable team in the world

Real Madrid is the most costly estimated team, with Cristiano, James and Bale at the head 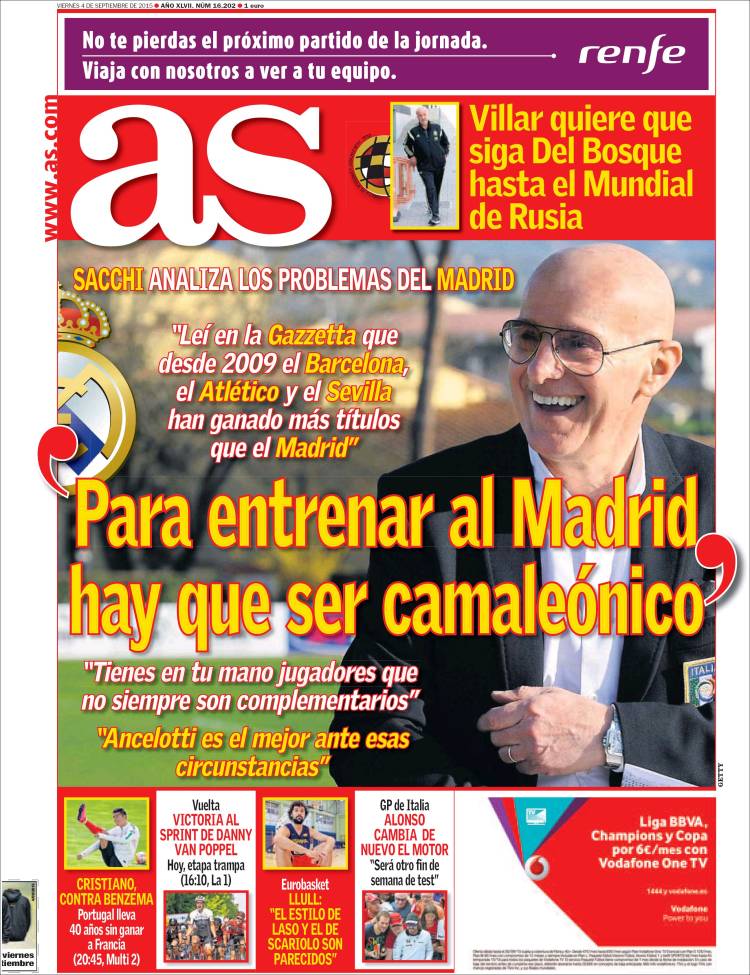 ‘You have to be like a chameleon to coach Real Madrid’

‘I read in the Gazzetta that since 2009, Barcelona, Atletico and Sevilla have won more trophies than Madrid’

‘You have your hands on players who are not always complementary’

‘Ancelotti is the best under those circumstances’

Portugal 40 years without a win in France 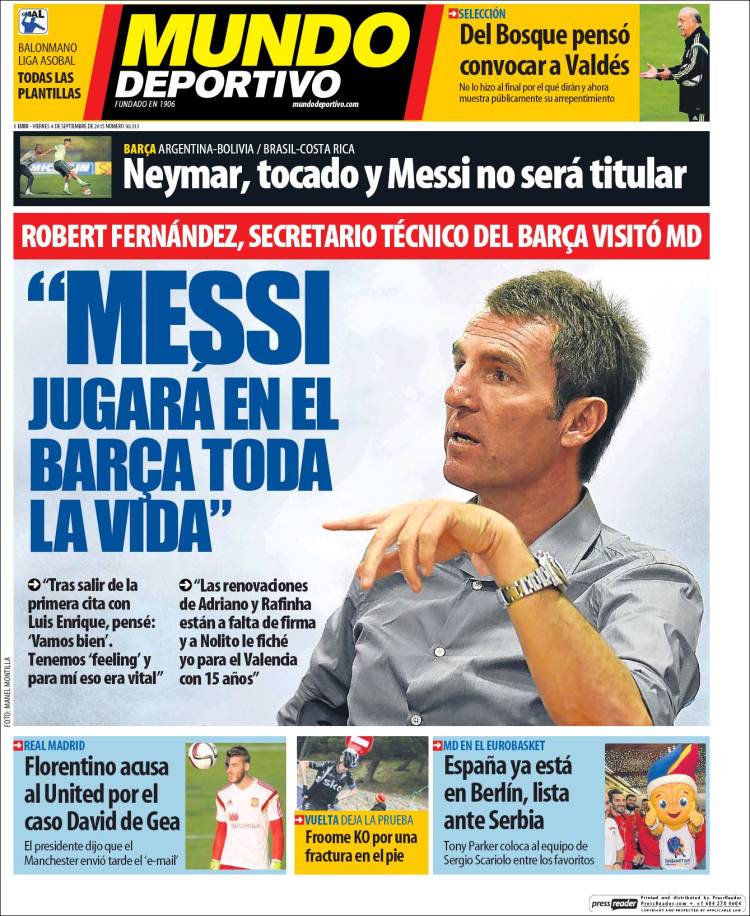 ‘Messi will play for Barca for life’

“After leaving the first meeting with Luis Enrique, I thought: “It’s going well.” We have a ‘feeling’ and that’s vital for me

Neymar, not fit and Messi not starting

The President says they were late sending the email