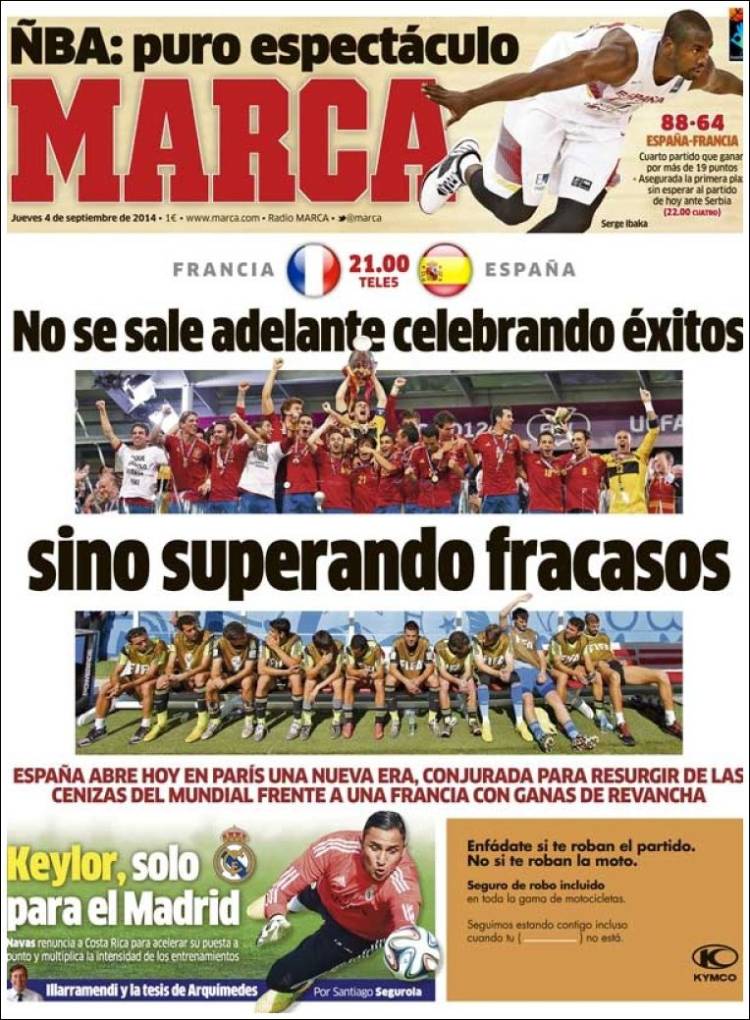 You don’t go ahead and celebrate success without overcoming failure

Spain open a new era in Paris today, invoking and coming back from the ashes of the World Cup against a France team out for revenge

Keylor only for Madrid

Illarramendi and the Archimedes principle 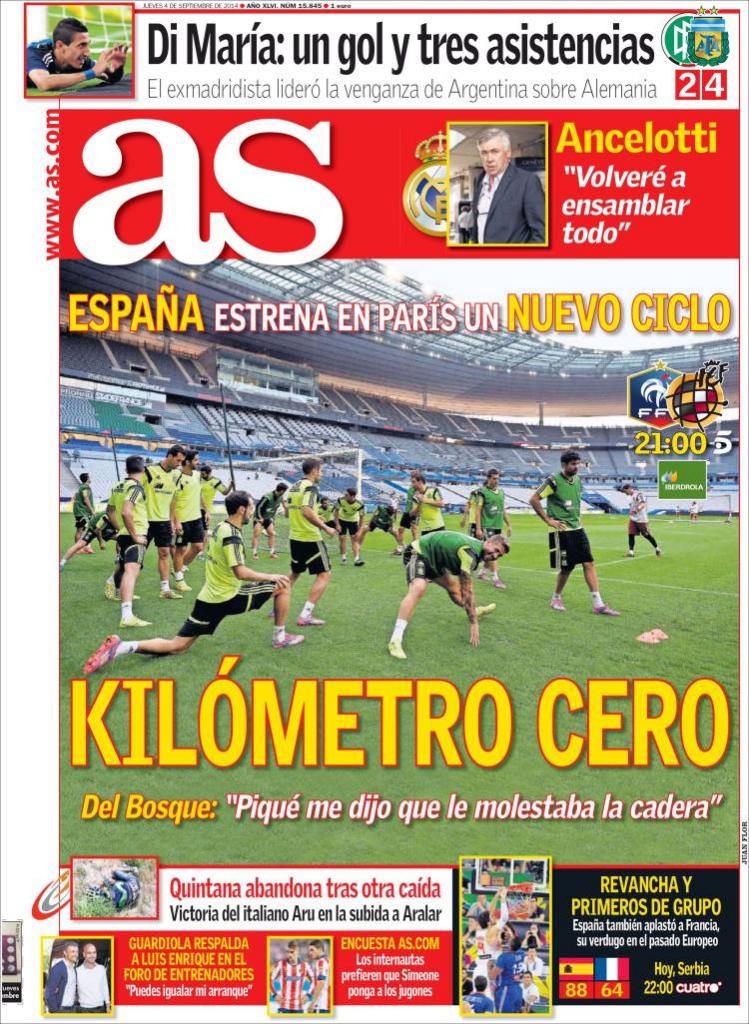 Del Bosque: “Pique told me his hip was bothering him”

Ancelotti: “I’ll put everything back together again”

The former Madrid man leads the Argentine revenge against Germany 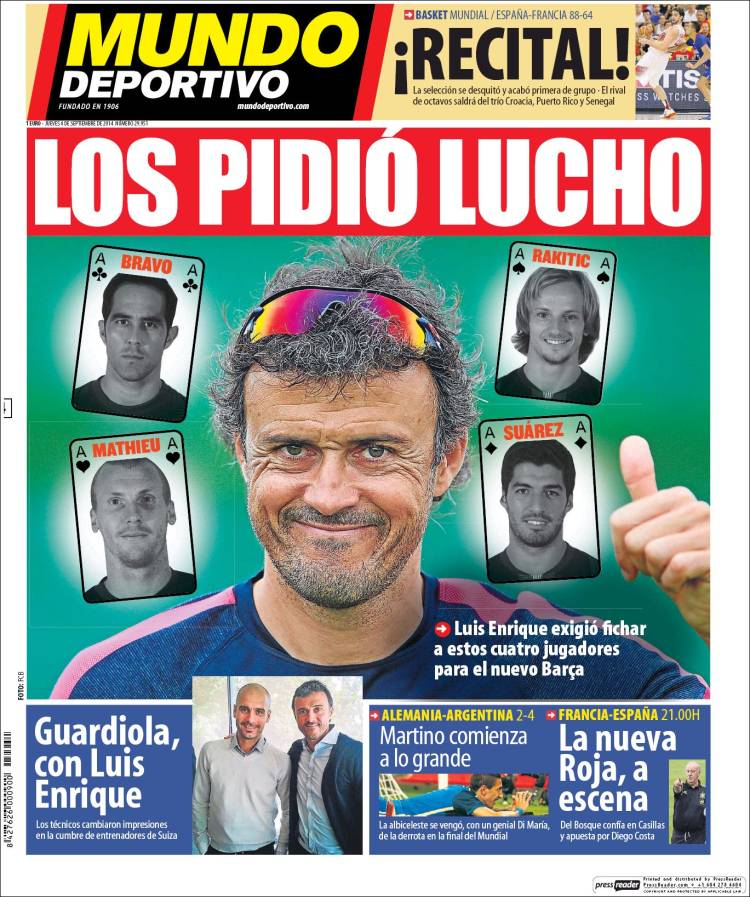 I asked them for fight

The bosses exchanged ideas at the coach’s summit in Switzerland

The Albiceleste get revenge, with a brilliant Di Maria, for the World Cup Final defeat

The new La Roja on the scene

Del Bosque trusts in Casillas and bets on Diego Costa