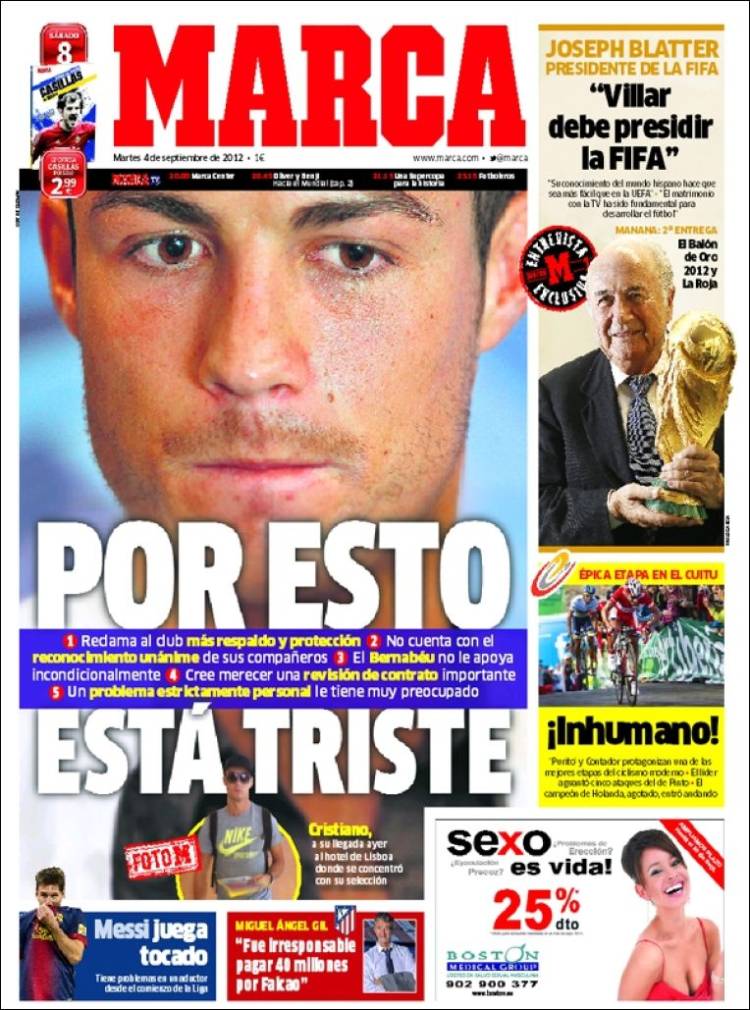 1. He demands more backing and protection from the club

2. He does not receive unanimous backing from his teammates

3. The Bernabeu does not support him unconditionally

4. He believes he deserves a substantial contract revision

5. He has a strictly personal problem that worries him

Cristiano arrived at a hotel in Lisbon yesterday, where he is with the Portuguese national team

Messi plays injured: he has had a problem since La Liga started

Miguel Angel Gil: "I was irresponsible to pay €40m for Falcao" 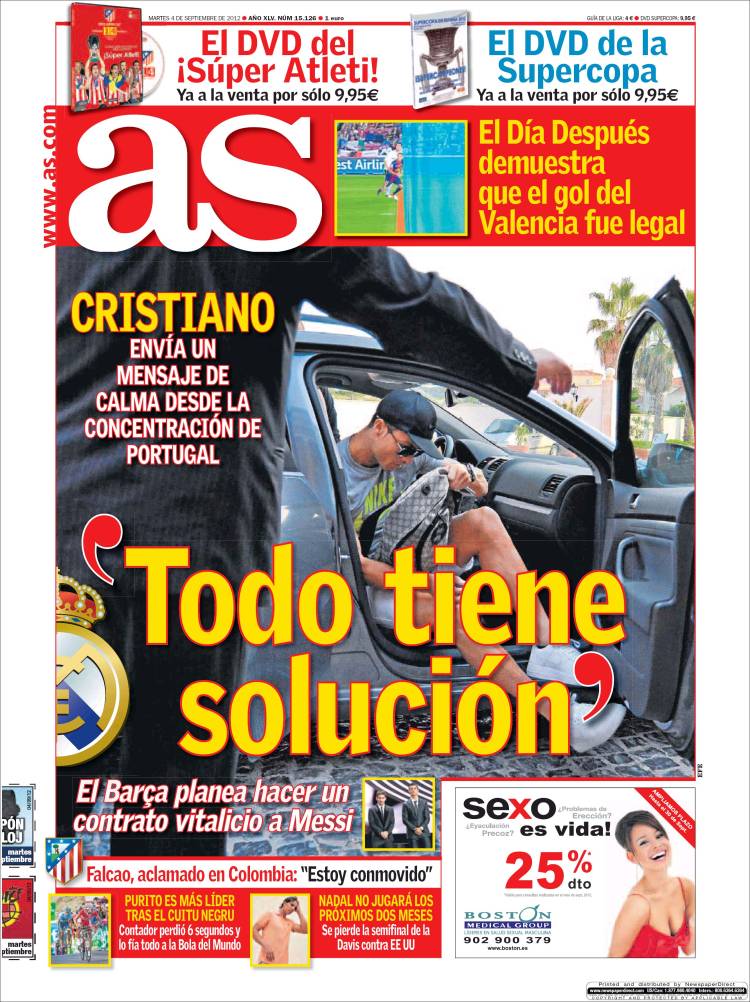 'Everything has a solution'

Barca plan to give Messi a lifelong contract 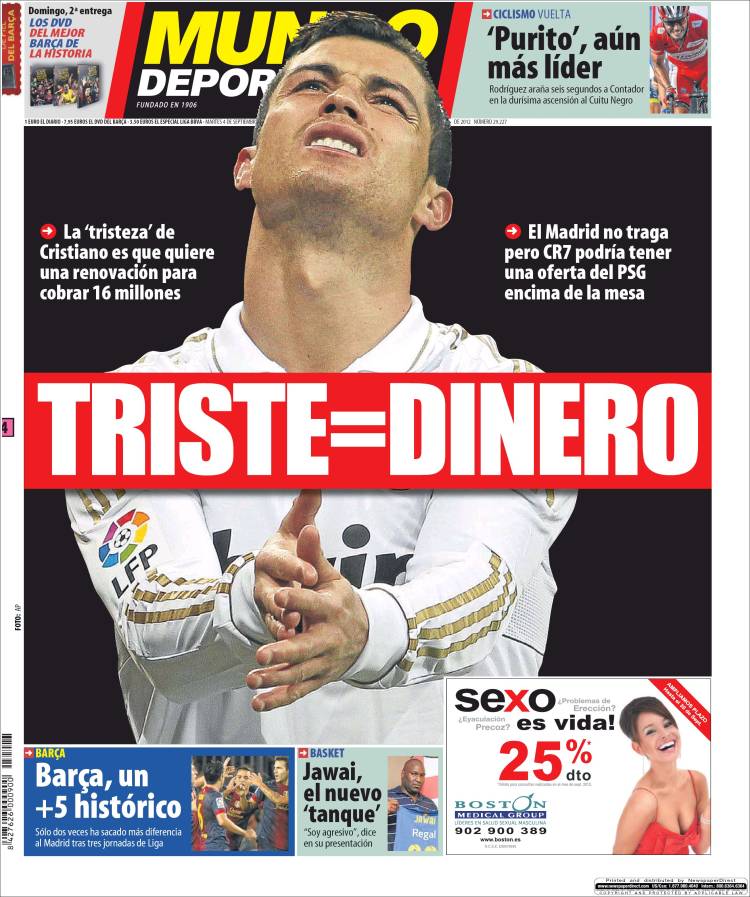 Barca: an historic +5 - only twice has there been such a difference with Madrid after three games