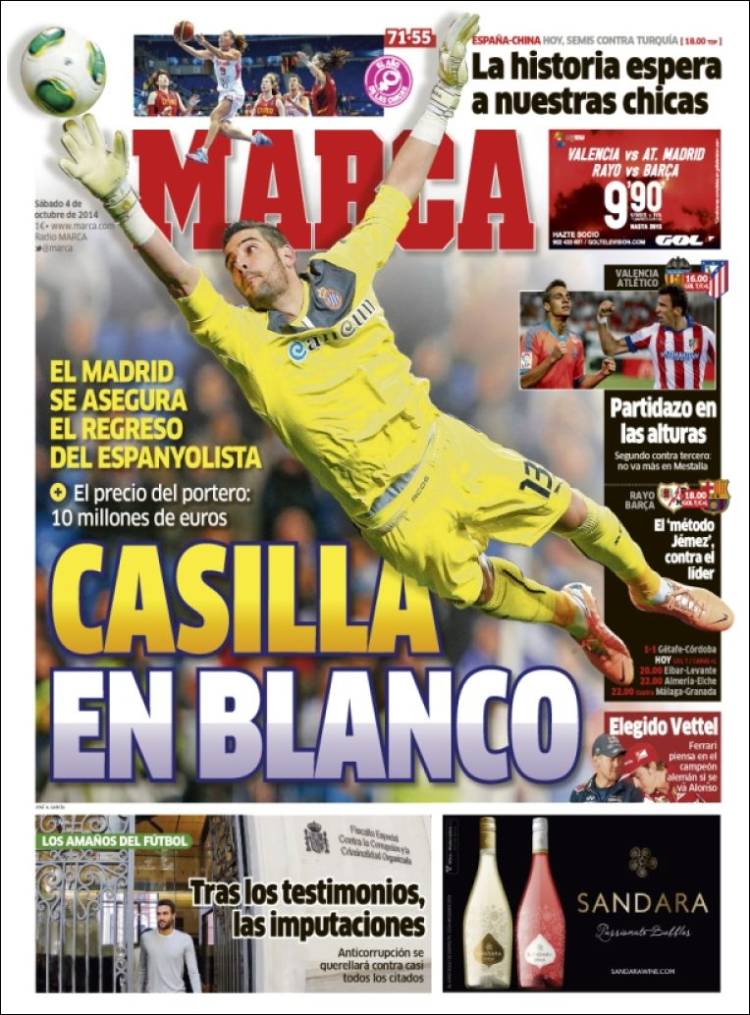 Madrid ensure the return of the Espanyol player

Second against third; it doesn’t get any better at Mestalla

The ‘Jemez method’ against the leaders

Football match-fixing; after the testimonies, the accusations

Anti-corruption will charge almost all those summoned 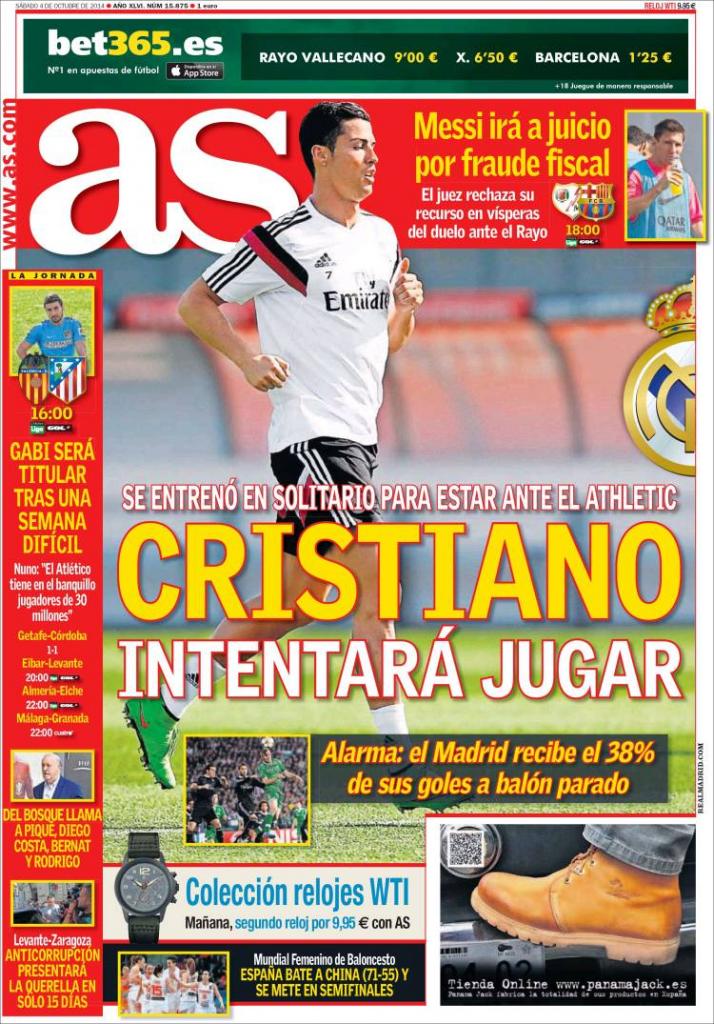 Cristiano Will Try To Play

He trained alone to be ready for Athletic

Alarm: Madrid concede 38 per cent of their goals from set-pieces

Messi will go to court for tax fraud

Nuno: “Atletico have €30m worth of players on the bench”

Anti-corruption to submit charges within only 15 days 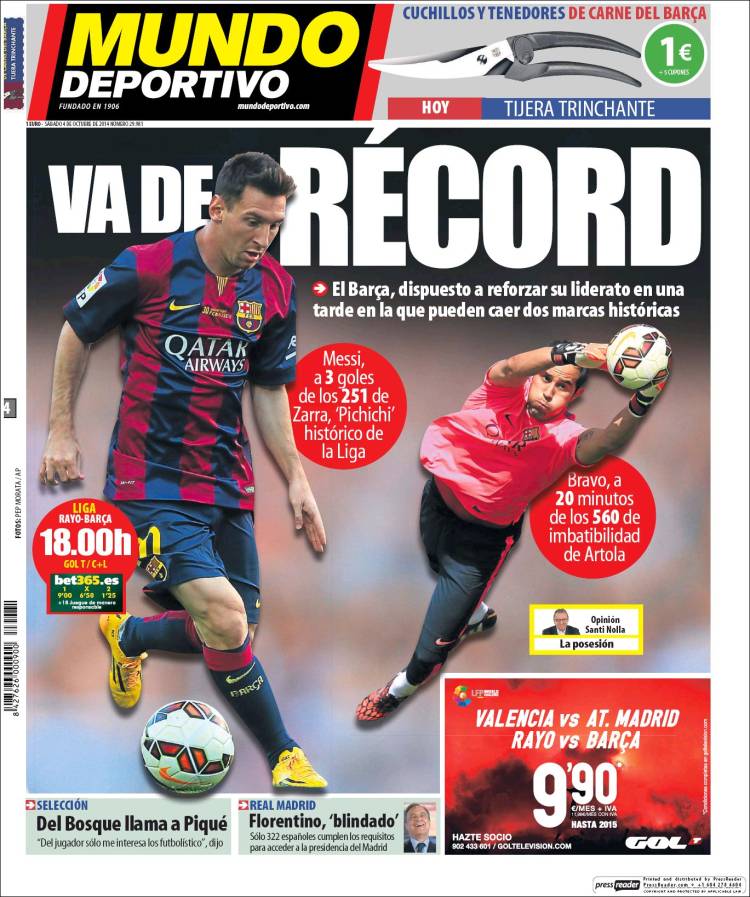 Going For The Record

Barca, ready to reinforce their leadership on an evening when two historic records could be broken

Messi, three goals away from the 251 by Zarra, La Liga’s historic ‘Pichichi’

Bravo, 20 minutes away from Artola’s 560 unbeaten

“I’m only interested in a player’s football side,” he said

Florentino ‘waterproof’; only 322 Spaniards complete the requirements to assume the Real Madrid presidency