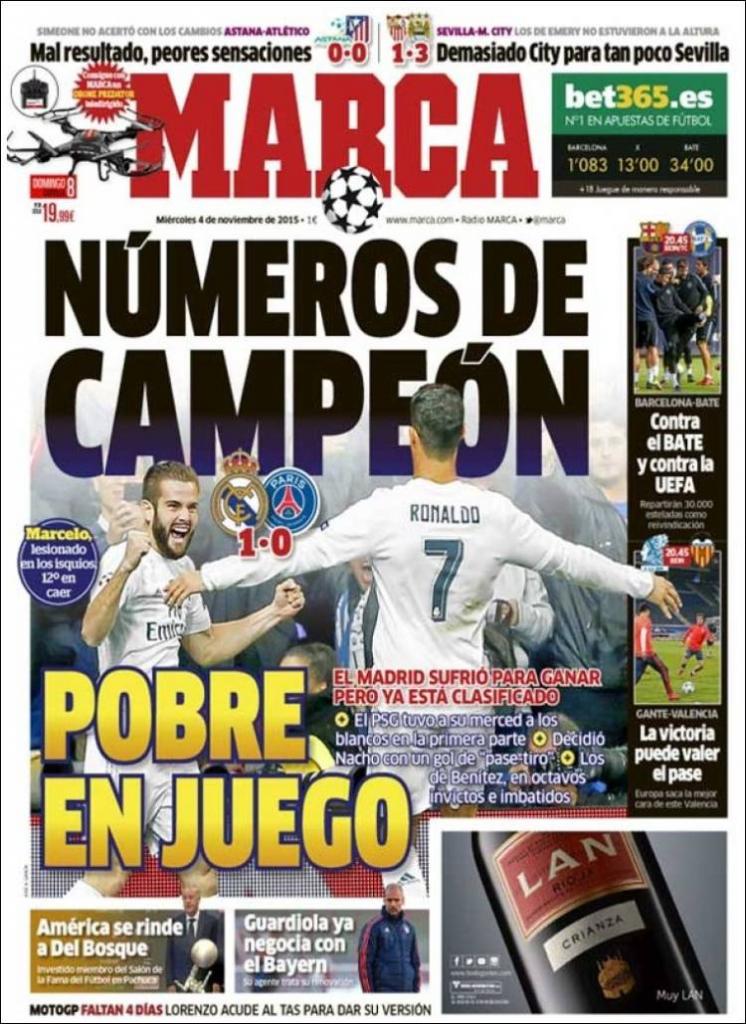 Madrid suffer to win but are already qualified

PSG had Los Blancos at their mercy in the first half

Decided by Nacho with a “pass shot” goal

Benitez’s lot, in the second round undefeated and without conceding

Simeone didn’t succeed with the changes

Emery’s lot were not up to par

Too much City for such little Sevilla

Against BATE and against UEFA

Victory may be worth qualification

Inducted a member of the football Hall of Fame in Pachuca

Guardiola is already negotiating with Bayern 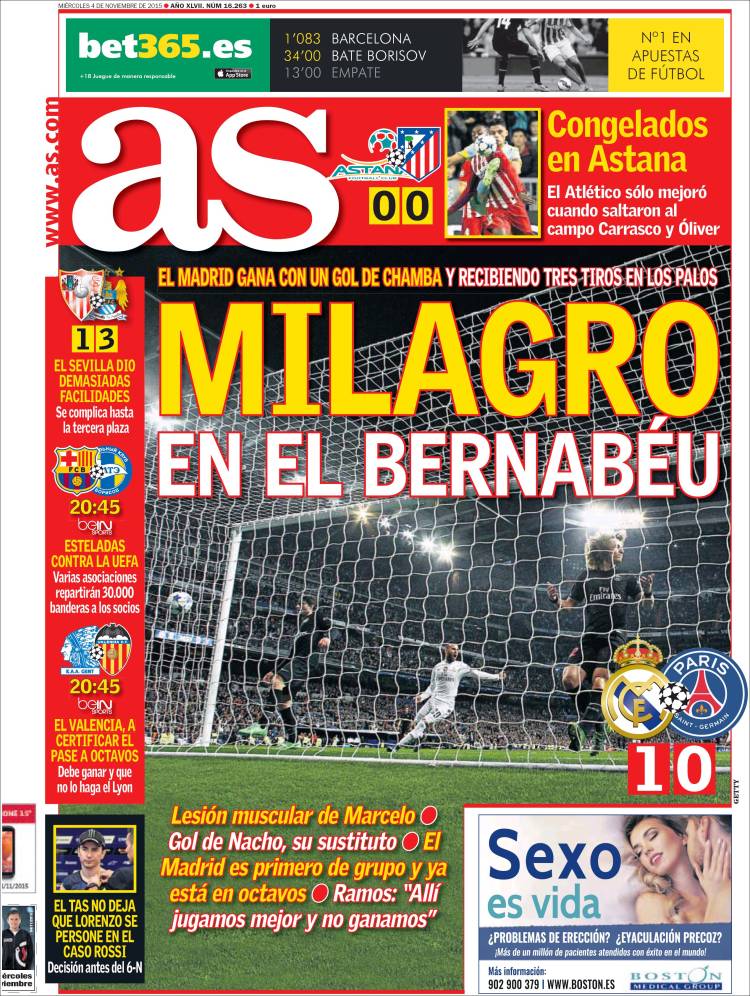 Miracle at the Bernabeu

Goal by Nacho, his substitute

Madrid are first in the group and in the second round

Ramos: “We played better there and didn’t win”

Sevilla made it too easy

Various groups give out 30,000 flags to members

Valencia, to certify qualification to the next round

They have to win and Lyon not 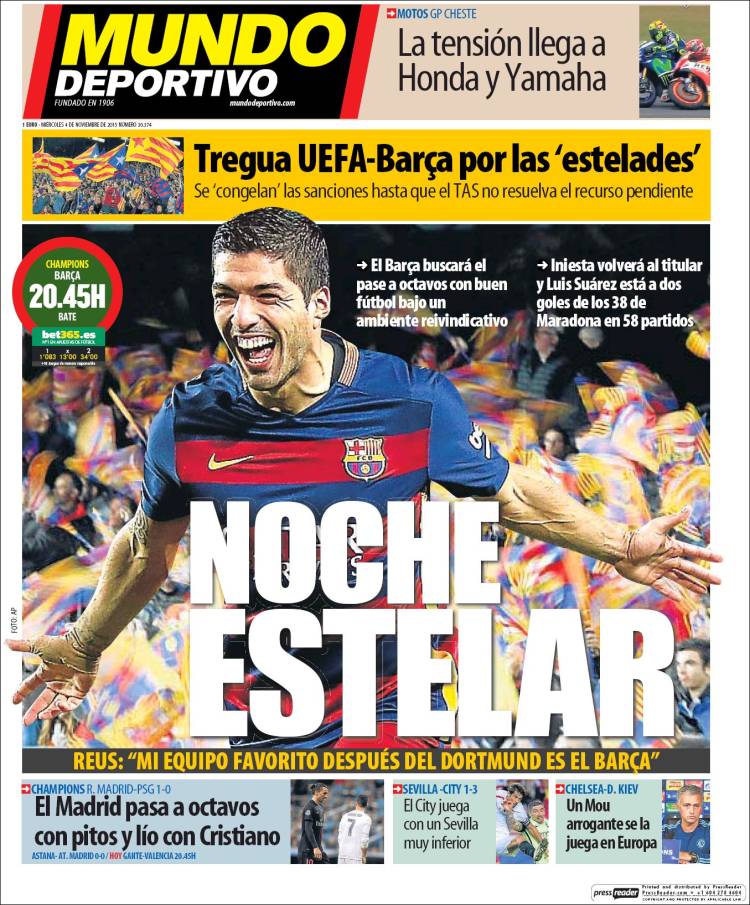 Reus: ‘My favourite team after Dortmund is Barca’

City play a much inferior Sevilla