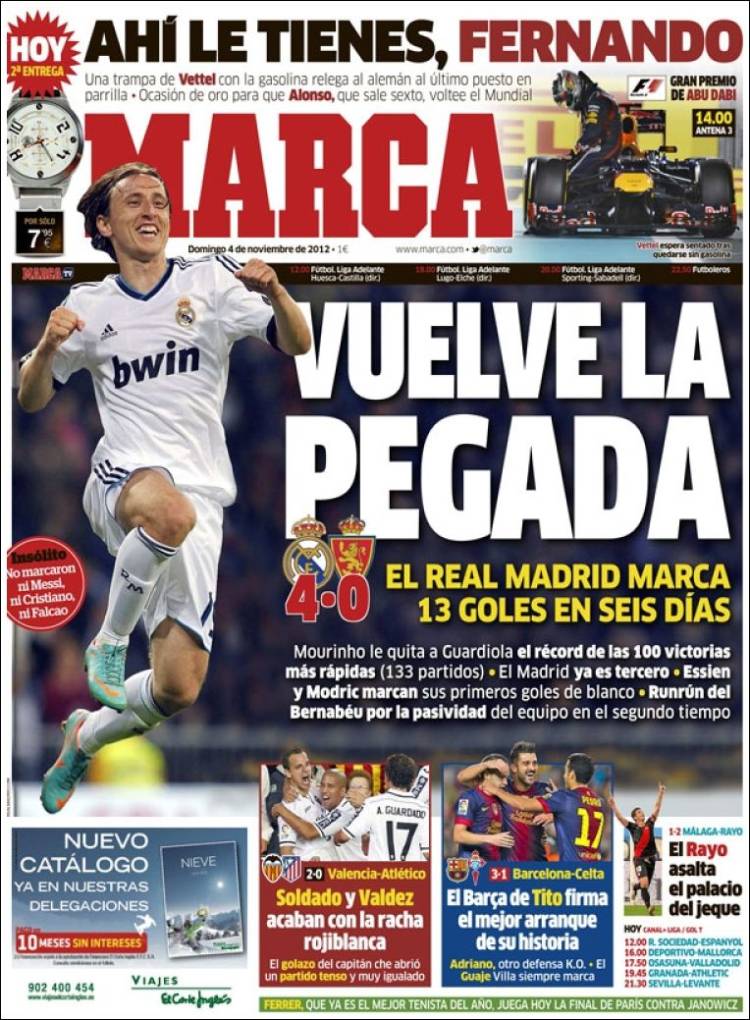 Essien and Modric score their first goals for Los Blancos

Tito’s Barca seal the best start in their history 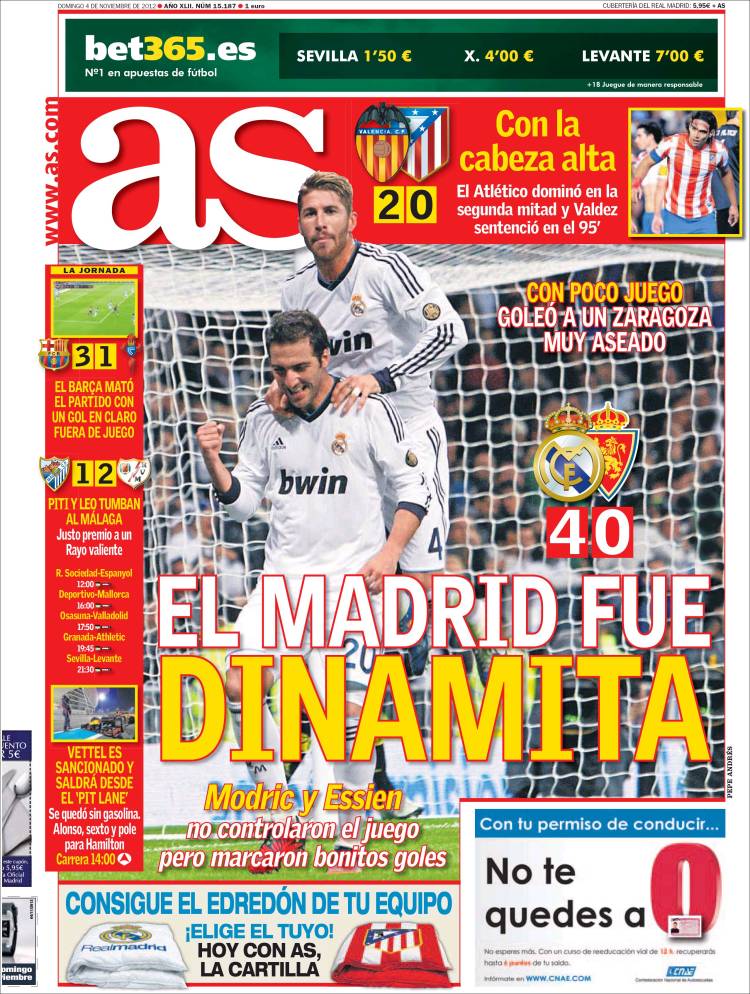 With little play they beat a tidy Zaragoza

With the head high: Atletico dominate in the second half and Valdez seals it in the 95th minute

Barca kill the game with a clearly offside goal

Piti and Leo knock Malaga down

Just reward for a brave Rayo 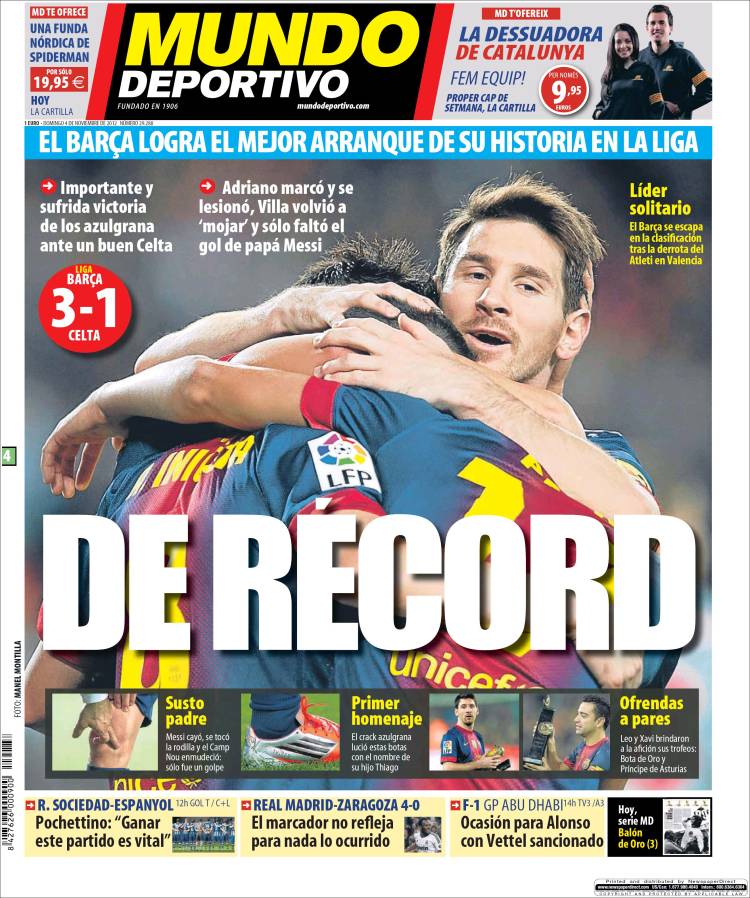 Important and worked for Blaugrana victory against a good Celta

Adriano scored and got injured

Nervous father: Messi down and injures his knee with the Camp Nou grateful it is not serious

Double offering: Leo and Xavi dedicate their awards to the fans – Golden Boot and Prince of Asturias

Pochettino: “To win this game is crucial”