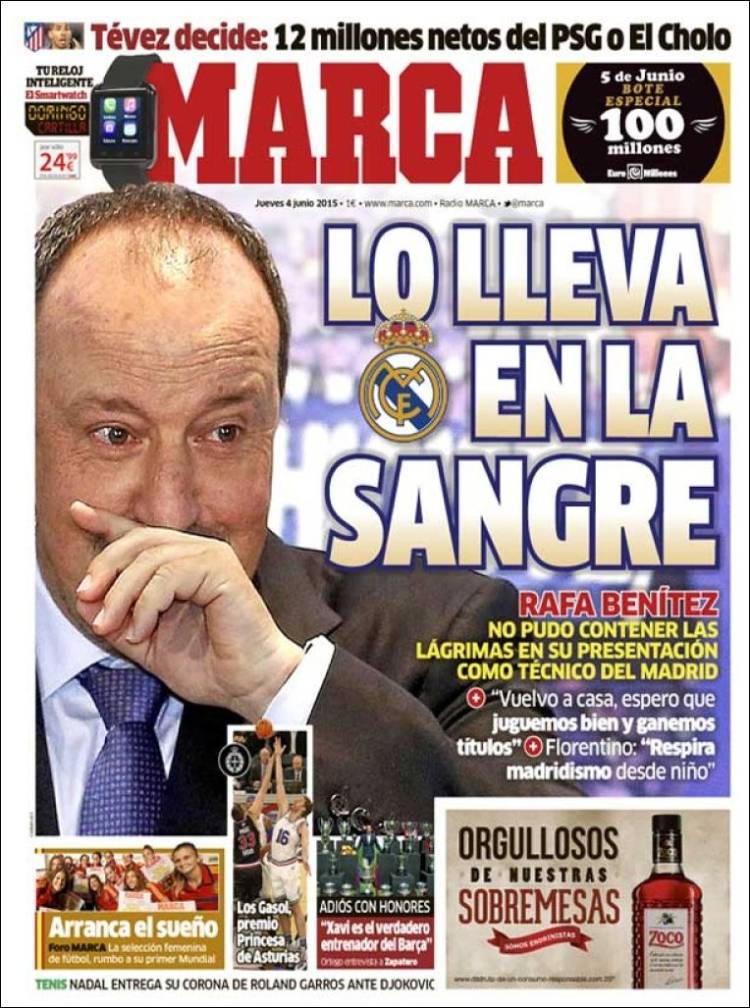 It’s in the blood

Florentino: “He breathes Real Madrid since he was a child”

The women’s national team heading to its first World Cup

“Xavi is the true Coach of Barca” 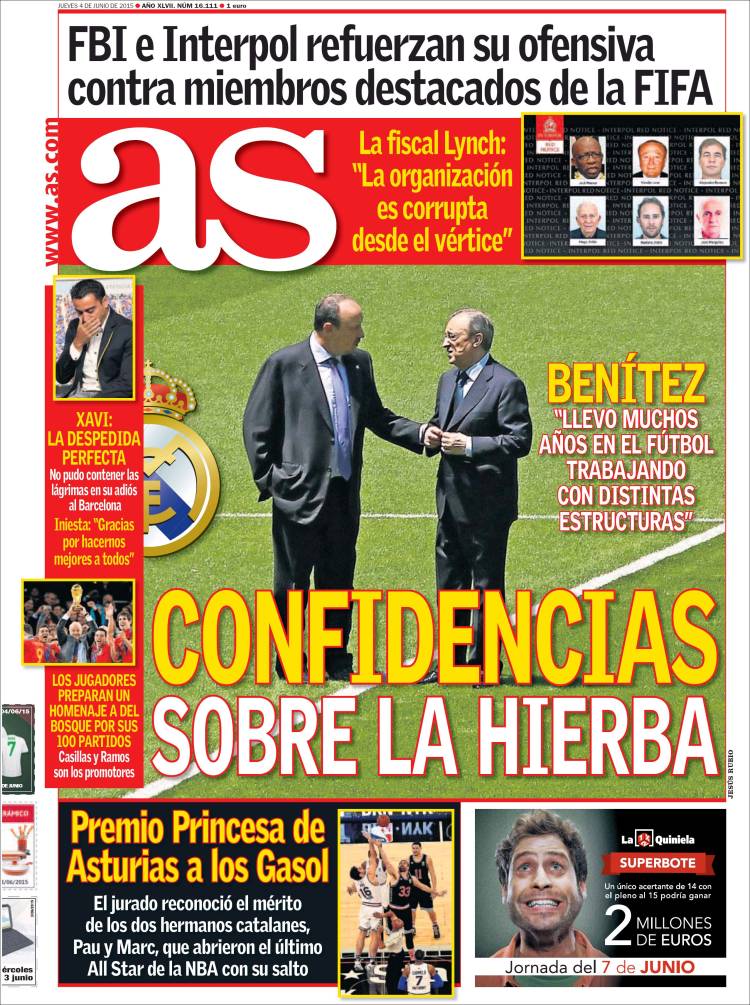 “I’ve spent many years in football working in different structures”

Secrets on the grass

Attorney General Lynch: The organisation is corrupt from the top

Couldn’t contain the tears as he said goodbye to Barcelona

Iniesta: Thank you for making us all better

Casillas and Ramos are behind it 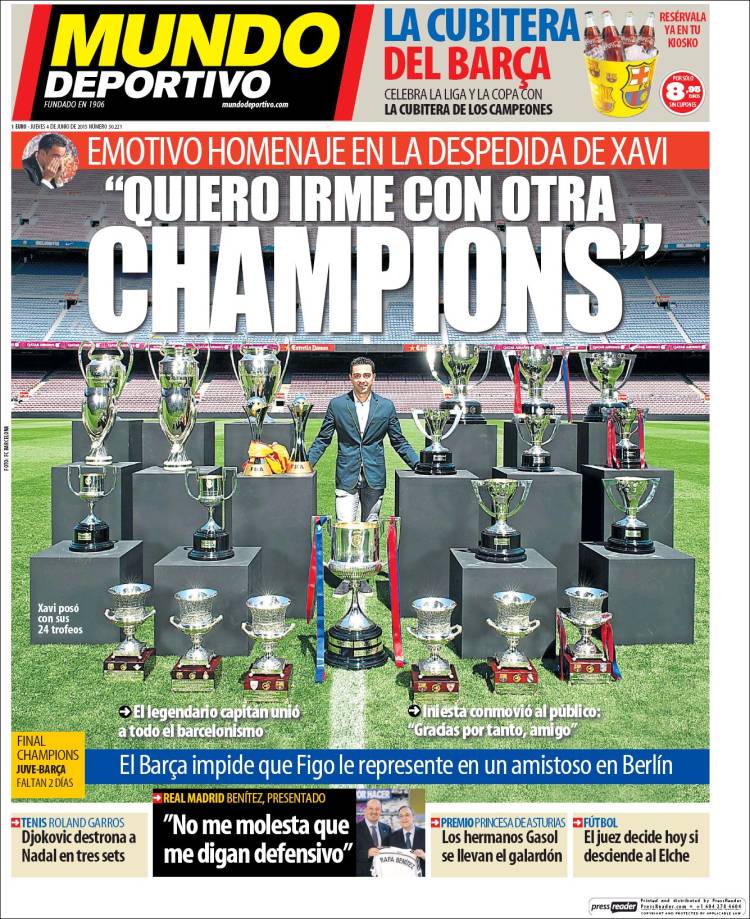 Emotional tribute and goodbye to Xavi

“I want to leave with another Champions League”

The legendary captain joins all the Barcelona fans

Iniesta moved the public: Thank you so much, my friend

Barca prevents Figo representing them in a friendly in Berlin

A judge to decide today if Elche are to be relegated