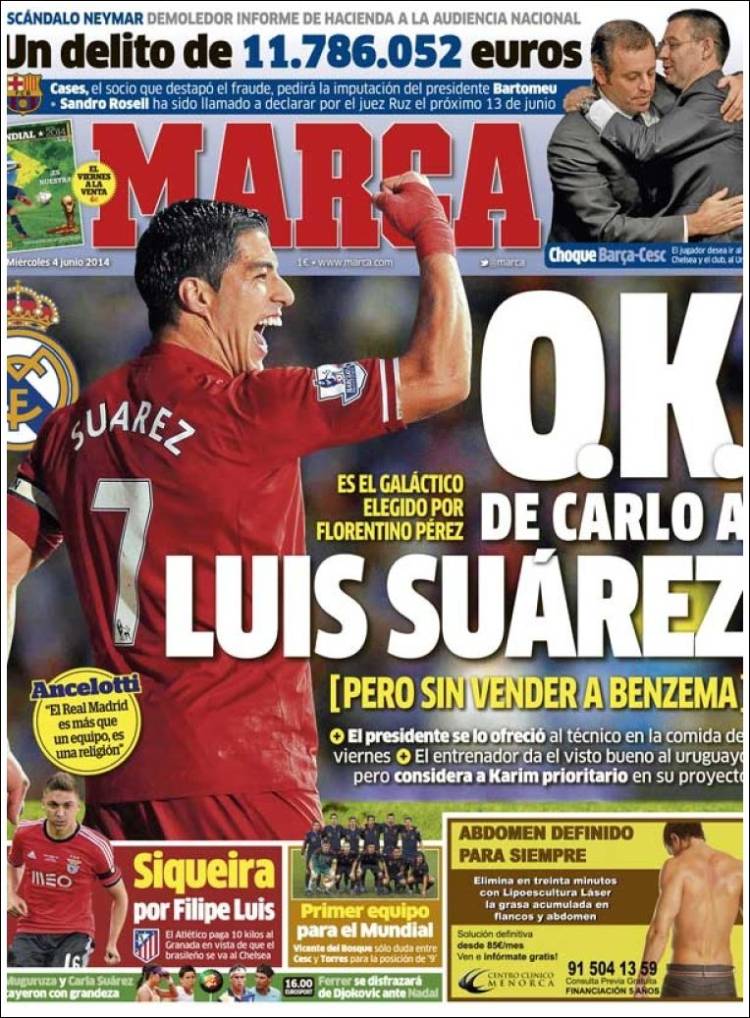 OK to Luis Suarez from Carlo (without selling Benzema)

The President offered Suarez to the manager at last Friday's meal

Ancelotti: Real Madrid is more than a club, it's a religion

Siqueira for Filipe Luis: Atletico to pay €10m to Granada in case the Brazilian goes to Chelsea

The first team for the World Cup: Vicente del Bosque is only deciding on Torres or Cesc for the No 9 spot

Neymar scandal: A damming report from the tax office to the court

Clash between Barca and Cesc: The player wants to go to Chelsea, the club want him to go to Man Utd 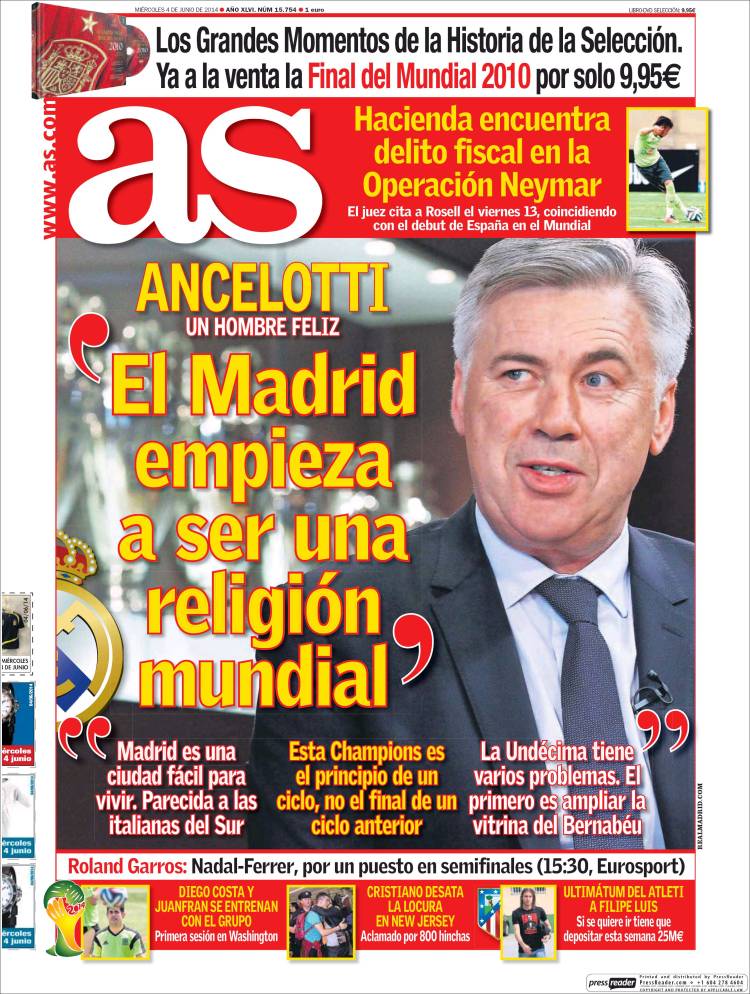 Madrid is starting to become a world religion

Madrid is an easy city to live in. It's similar to Southern Italy

This Champions League title is the start of a cycle, not the end of the previous one.

The eleventh title has various problems, the first is to enlarge cabinet at the Bernabeu

The Tax office find another offence in the Neymar deal

The judge calls Rosell in on June 13, coinciding with Spain's first game in the World Cup

Diego Costa and Juanfran train with the group: The first session in Washington

Ultimatum from Atleti to Filipe Luis: If he wants to go they will have to receive a €25m bid this week 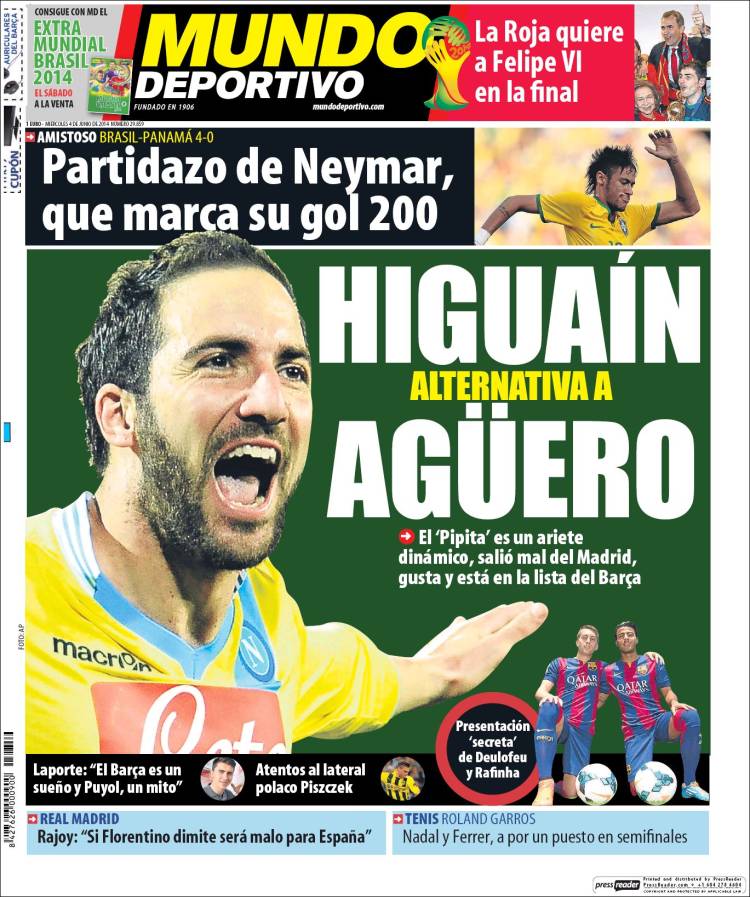 Higuain is the alternative to Aguero

Pipita is dynamic battering ram, it went wrong at Madrid but he is liked at Barca and is a target for the club

Neymar in great form as he scores his 200th goal

Laporte: Barca is a dream and Puyol is a myth

Secret presentation of Delofeu and Rafinha

Real Madrid, Rajoy: If Florentino resigns it would be bad for Spain