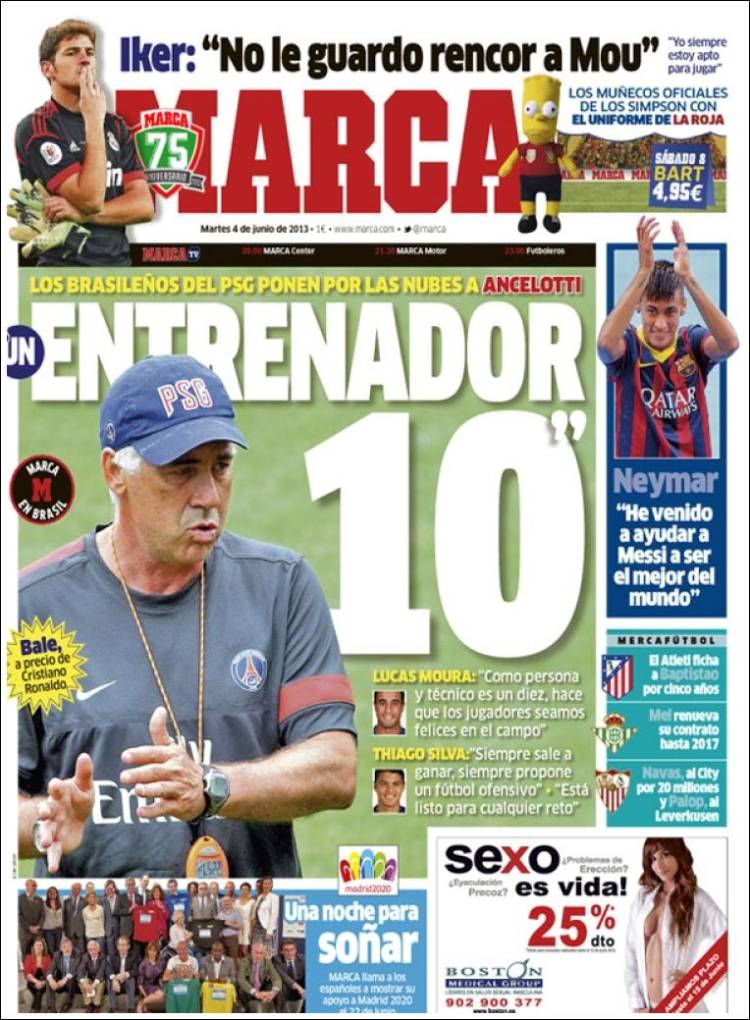 Lucas Moura: “As a person and a Coach he is 10 out of 10. He does things so the players are happy on the pitch”

Thiago Silva: “He always goes out to win, always plans to play attacking football. He is ready for any challenge”

Bale at the same price as Cristiano

Neymar: “I’ve come to help Messi be the best in the world”

Mel renews his contract until 2017

Navas to City for €20m and Palop to Leverkusen 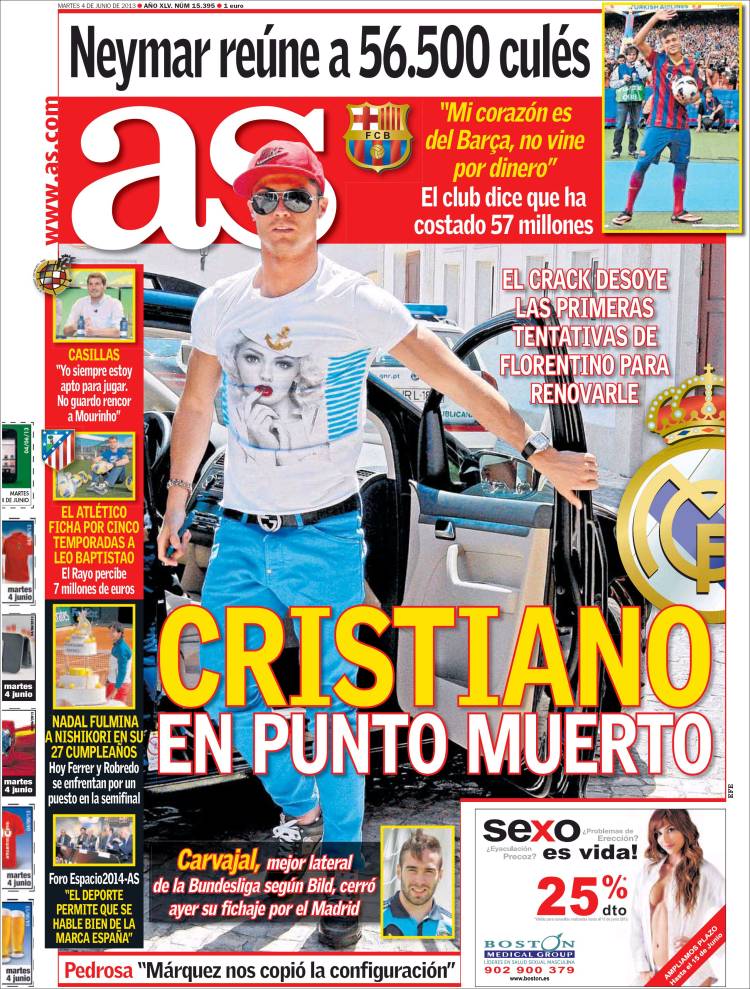 Carvajal, best full-back in the Bundesliga according to Bild, yesterday sealed his signing for Madrid

“My heart is with Barca. I’ve not come for the money” 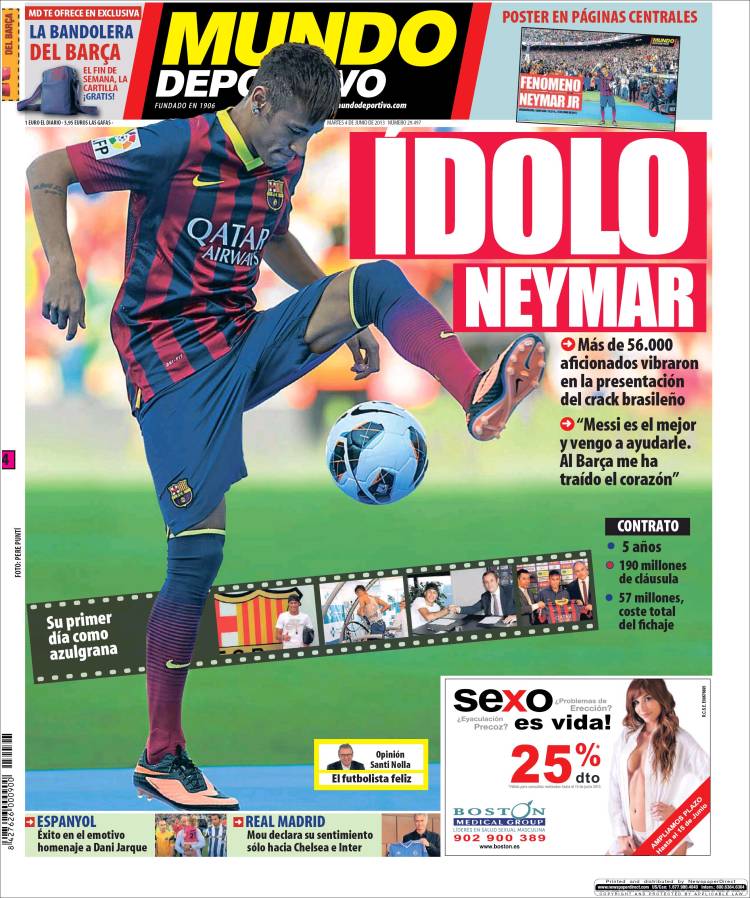 More than 56,000 fans pulsate at the Brazilian star’s presentation

“Messi is the best and I’ve come to help him. I’ve brought my heart to Barca”

His first day as an Azulgrana

Real Madrid: Mou declares he has feelings only towards Inter and Chelsea