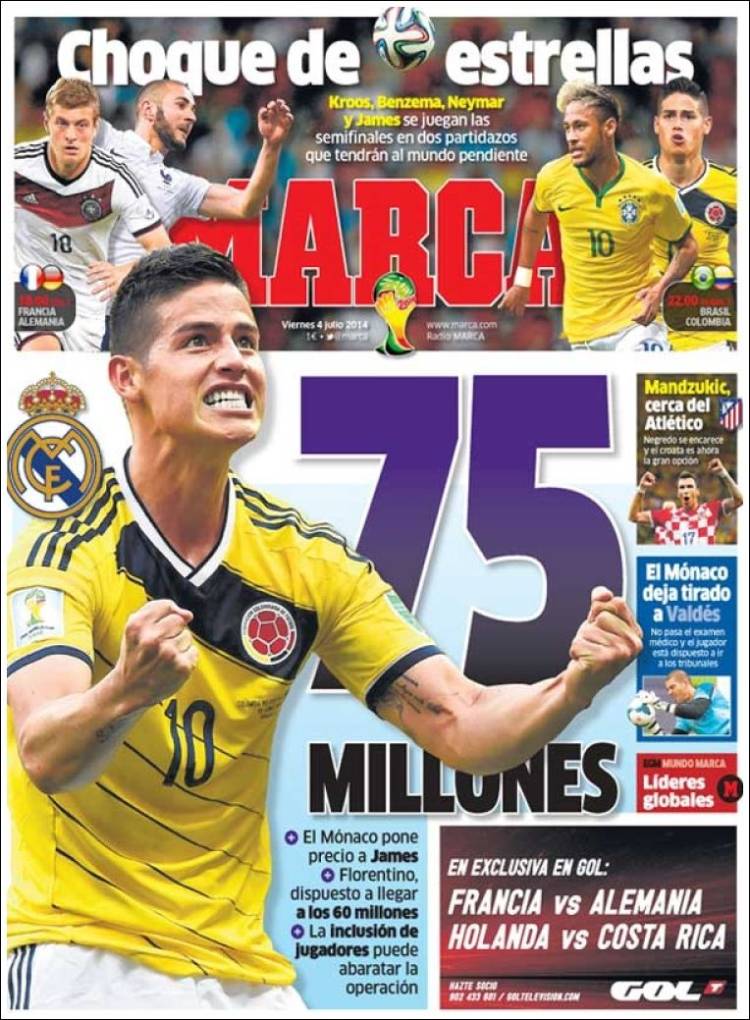 The inclusion of players could make the deal cheaper

Kroos, Benzema, Neymar and James play for the semi-finals in two great ties that will have the world hooked 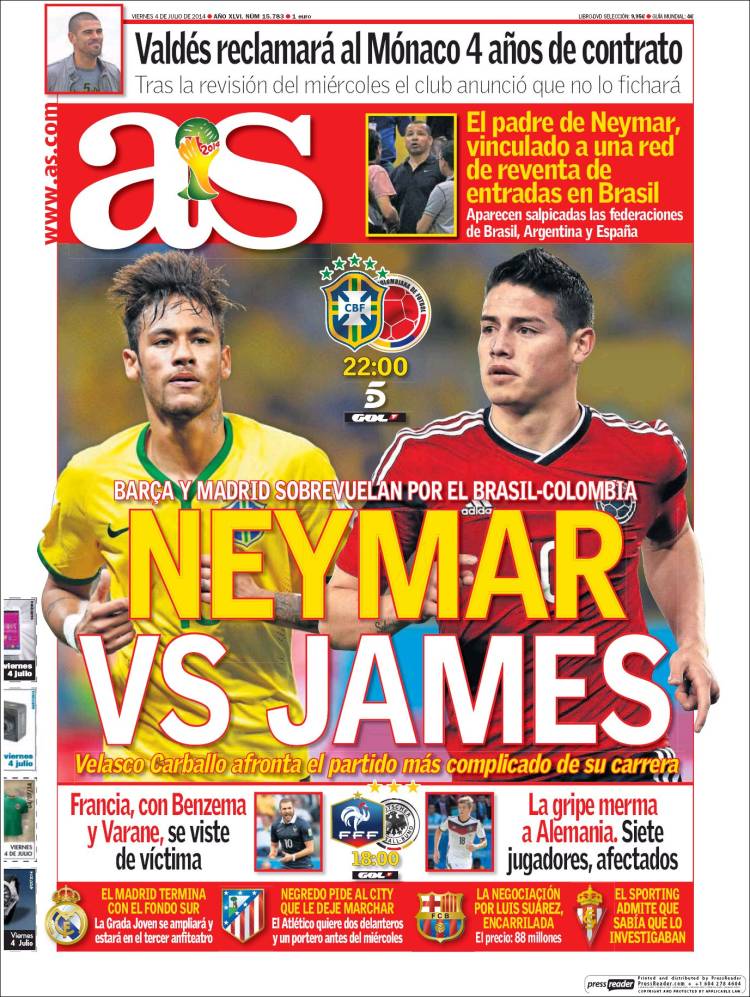 Barca and Madrid fly over for Brazil-Colombia

Velasco Carballo faces the most difficult game of his career

Valdes will demand four years of contract from Monaco

After the review on Wednesday, the club announced they will not sign him

They appear dotted around the Brazilian, Argentinean and Spanish federations

France with Benzema and Varane, play the victim

Atletico want two strikers and a goalkeeper before Wednesday

Negotiations for Luis Suarez on track

Sporting admit that they knew that they would be investigated 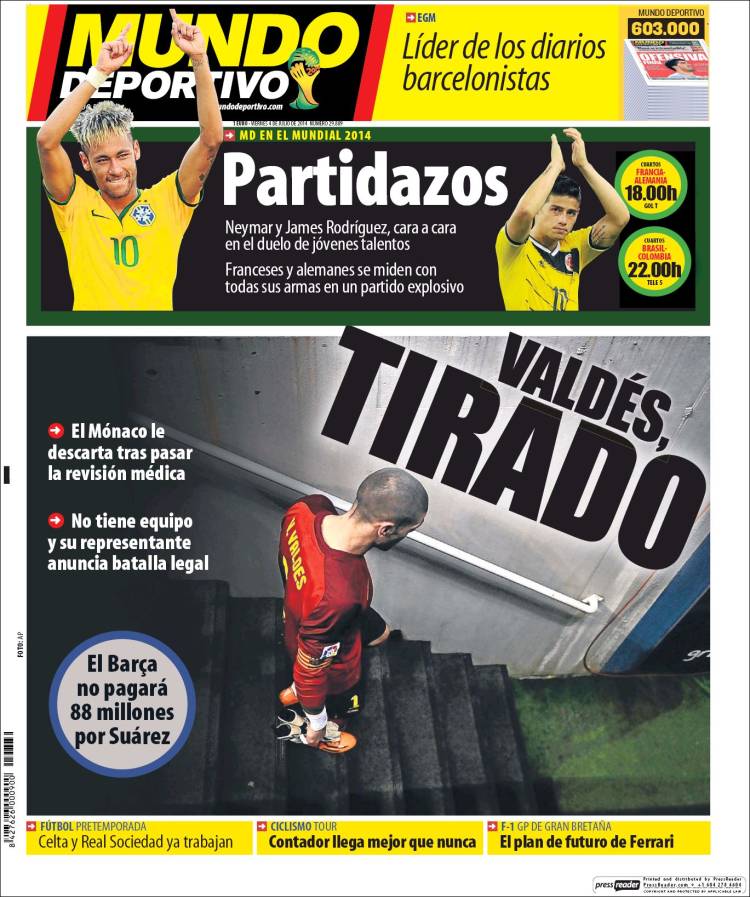 Monaco rule the deal out after a medical review

He has no team and his representative announces a legal battle

Barca will not pay €88m for Suarez

Celta and Real Sociedad already back to work