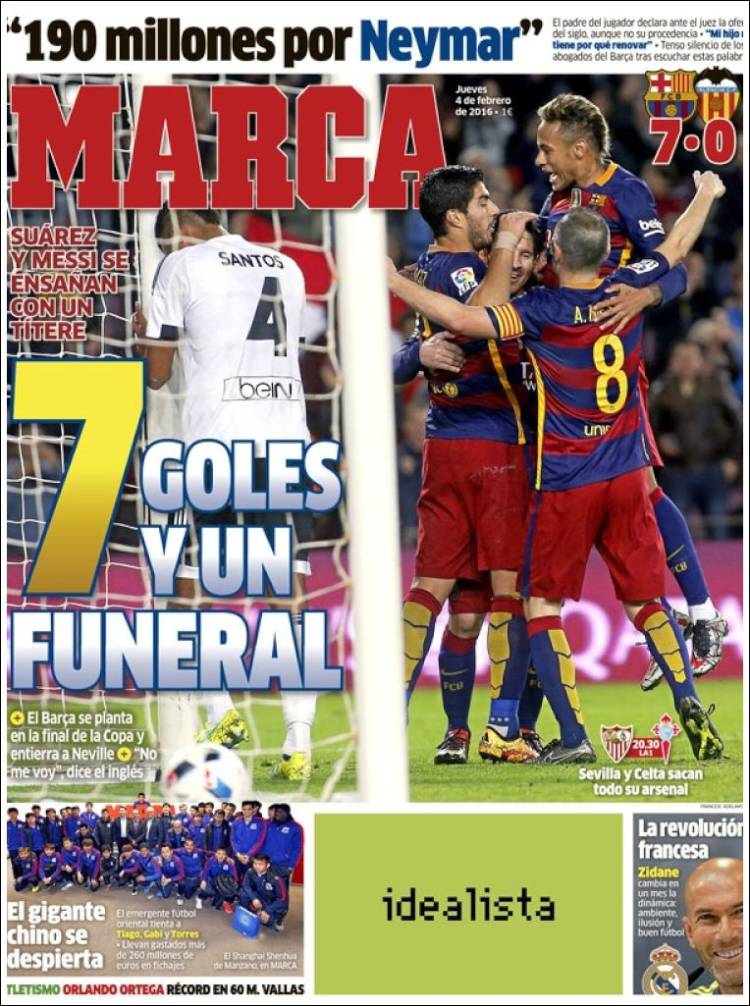 The father of the player declares before the judge of the century, although not its origin

“My son doesn’t have to renew”

Tense silence of the Barca lawyers after listening to these words

Suarez and Messi show no mercy with a puppet show

7 goals and a funeral

“I won’t go,” says the Englishman

The Chinese giant wakes up

More than €250m has been spent on transfers

Zidane changes the dynamic in a month: atmosphere, hope and good football 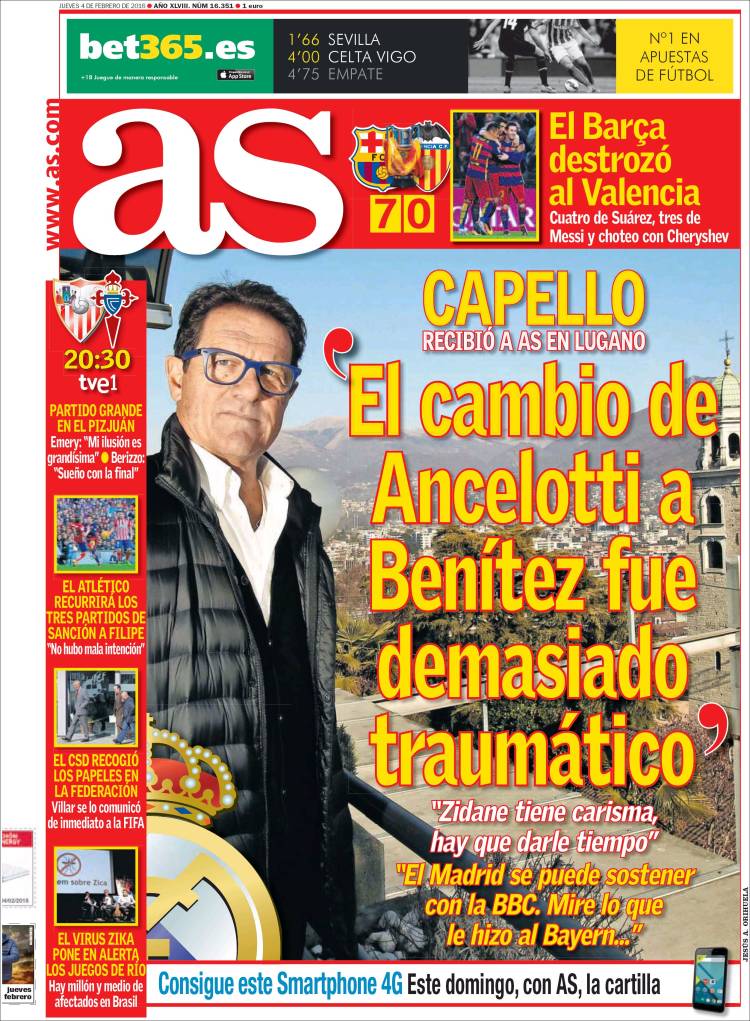 Welcomes AS in Lugano

“The change of Ancelotti to Benitez was too traumatic”

“Zidane has charisma, you have to give him time”

“Madrid can sustain with the BBC. Look at what they did to Bayern…”

Huge game at the Pizjuan

Emery: “My hope is great”

Berizzo: “Dreaming of the Final”

The CSD collect the papers from the Federation

Villar immediately reported it to FIFA 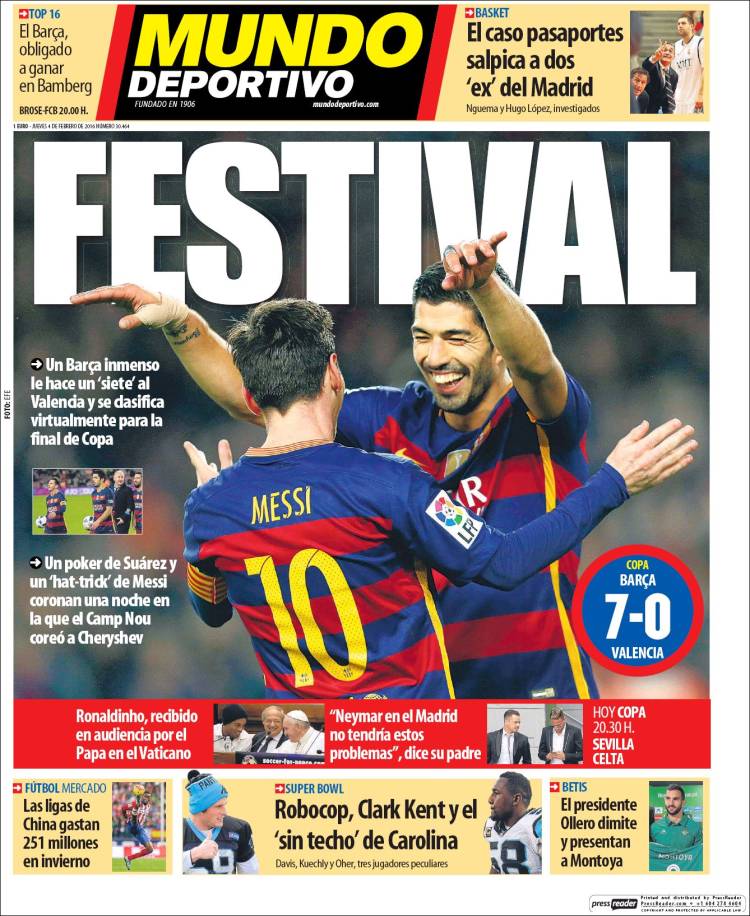 Ronaldinho receives an audience with the Pope in the Vatican

“Neymar wouldn’t have these problems at Madrid,” his father says

The Chinese League spends €251m in the winter