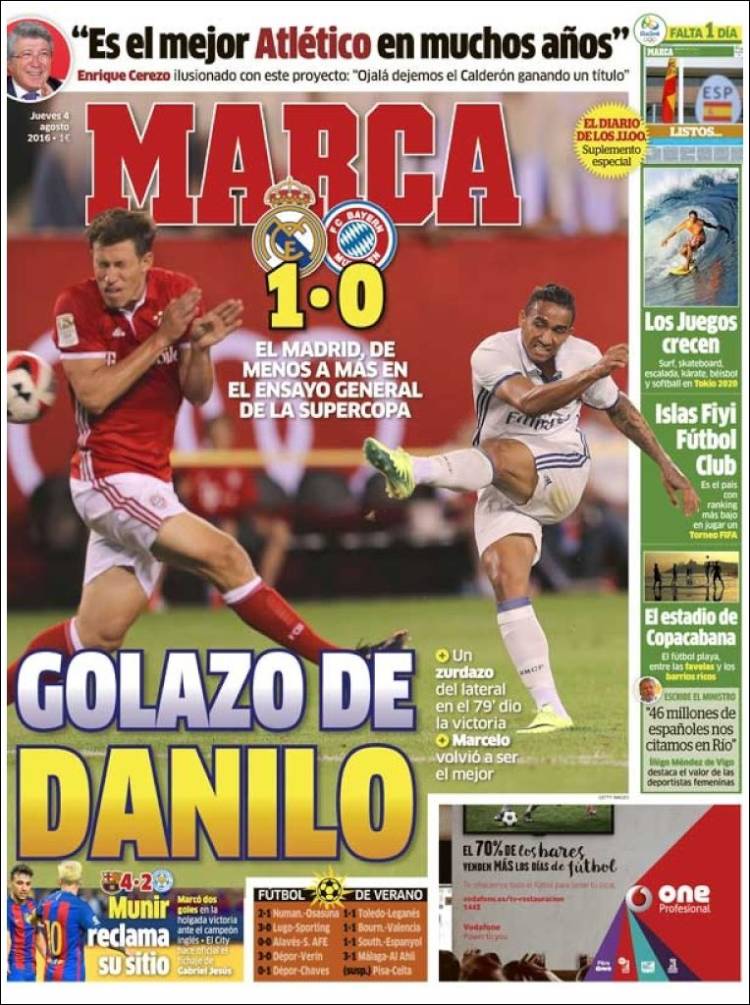 “It’s the best Atletico in many years”

Enrique Cerezo excited by this project: “Hopefully we leave the Calderon having won a trophy”

Madrid, from low to high in the Super Cup dress rehearsal

Marcelo went back to his best

Scores two goals in the ample victory against the English champions 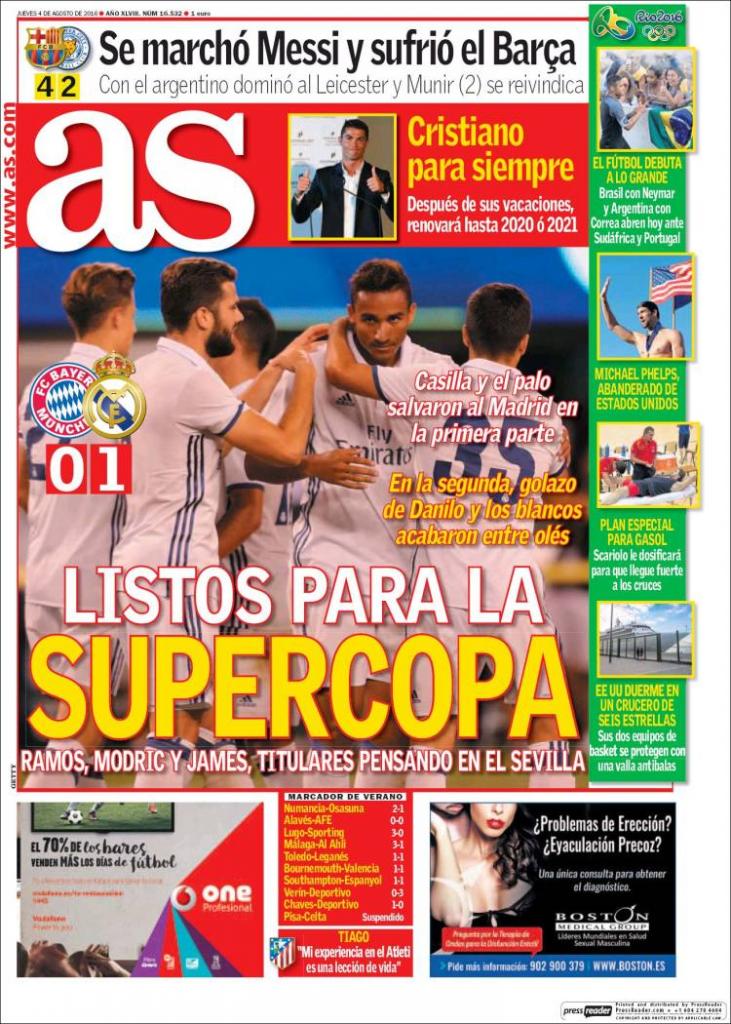 Dominated with the Argentine and Munir [2] vindicated himself

Casilla and the post save Madrid in the first half

In the second, a golazo by Danilo and Los Blancos ended among the oles

Ready for the Super Cup

“My experience at Atleti is a lesson for life” 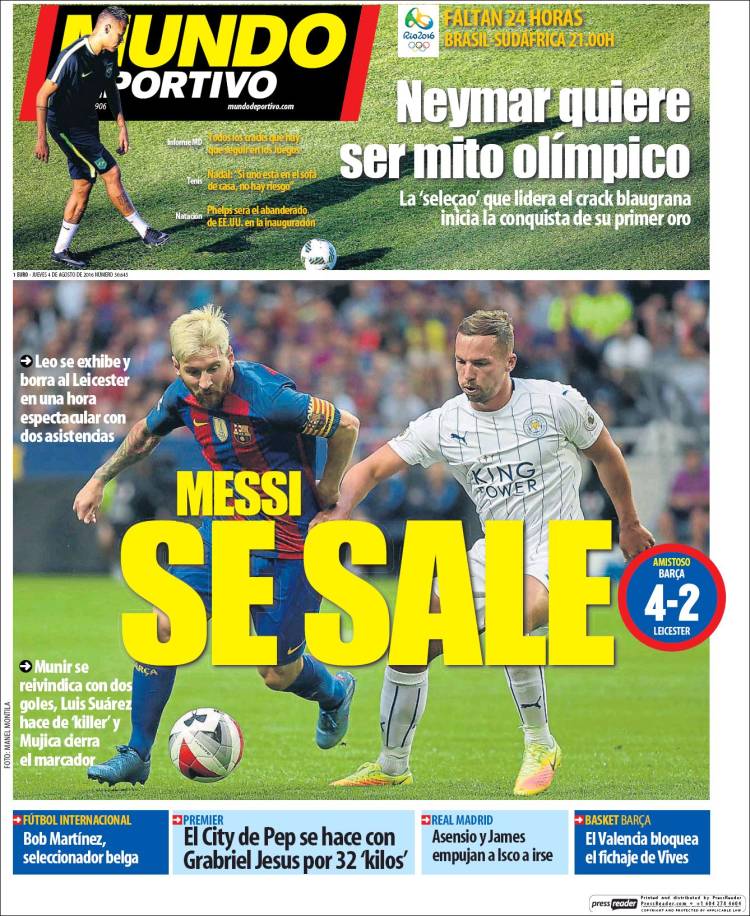 Neymar wants to be an Olympic myth

Munir is vindicated with two goals, Luis Suarez has the ‘killer’ and Mujica closes the scoring