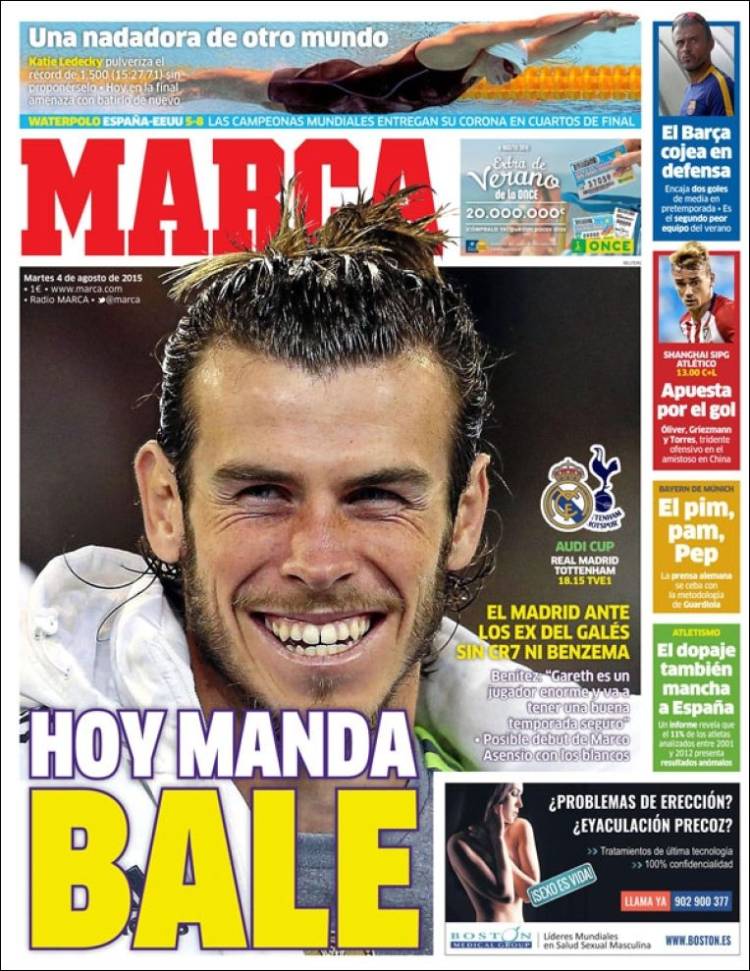 Madrid against the Welshman’s exes without CR7 or Benzema

Benitez: “Gareth is a great player and I’m sure he will have a good season”

They concede on average two goals in pre-season

They are the second-worst team of the summer

Oliver, Griezmann and Torres, an attacking trio in a China friendly

The German Press is ready for the meteorology of Guardiola 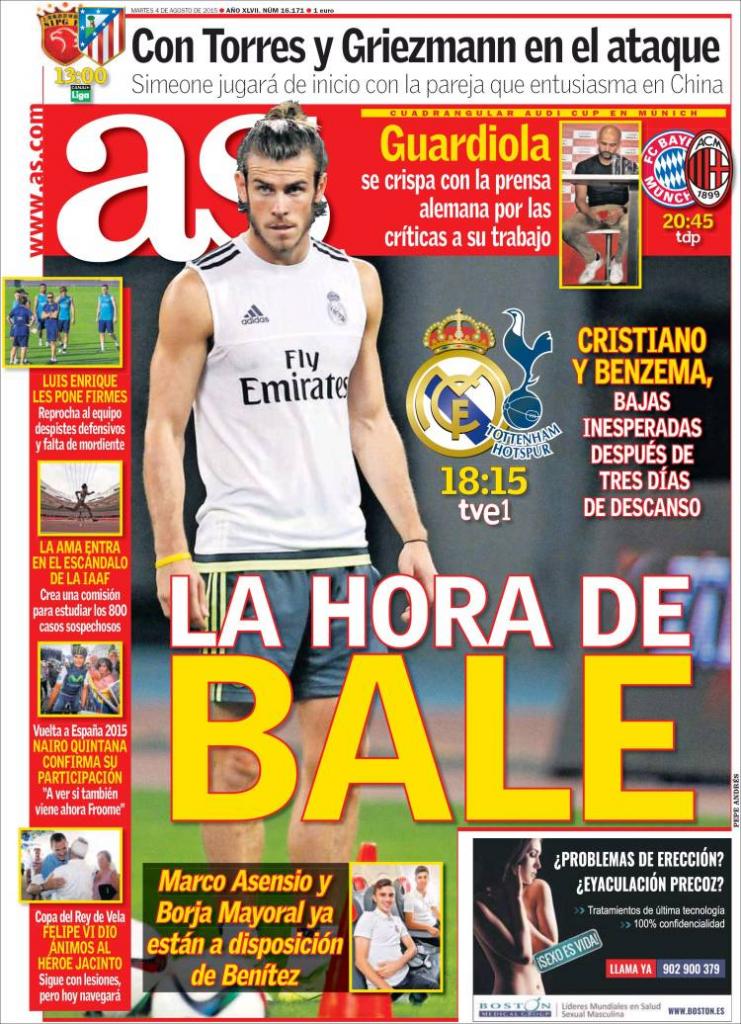 The time of Bale

Cristiano and Benzema, unexpectedly out after three days’ rest

Marco Asensio and Borja Mayoral already at the disposal of Benitez

With Torres and Griezmann in attack 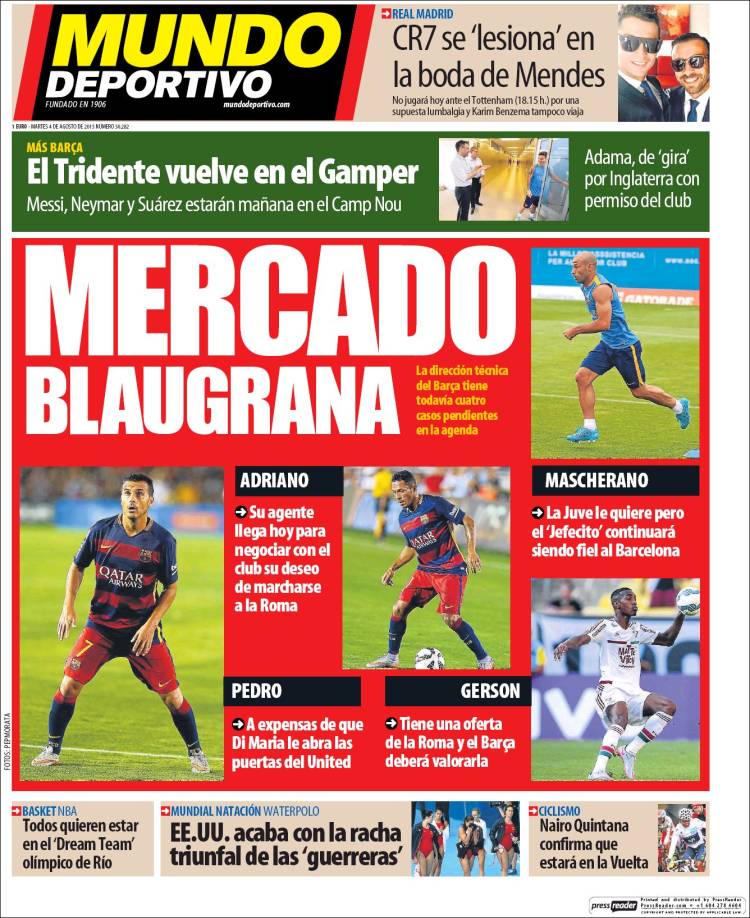 The Barca technical directors still have four cases on the agenda

Has an offer from Roma and Barca have to evaluate it

The trident will return for the Gamper

Messi, Neymar and Suarez will be at Camp Nou tomorrow

Adama ‘tours’ England with the permission of the club

CR7 ‘gets injured’ at Mendes’ wedding