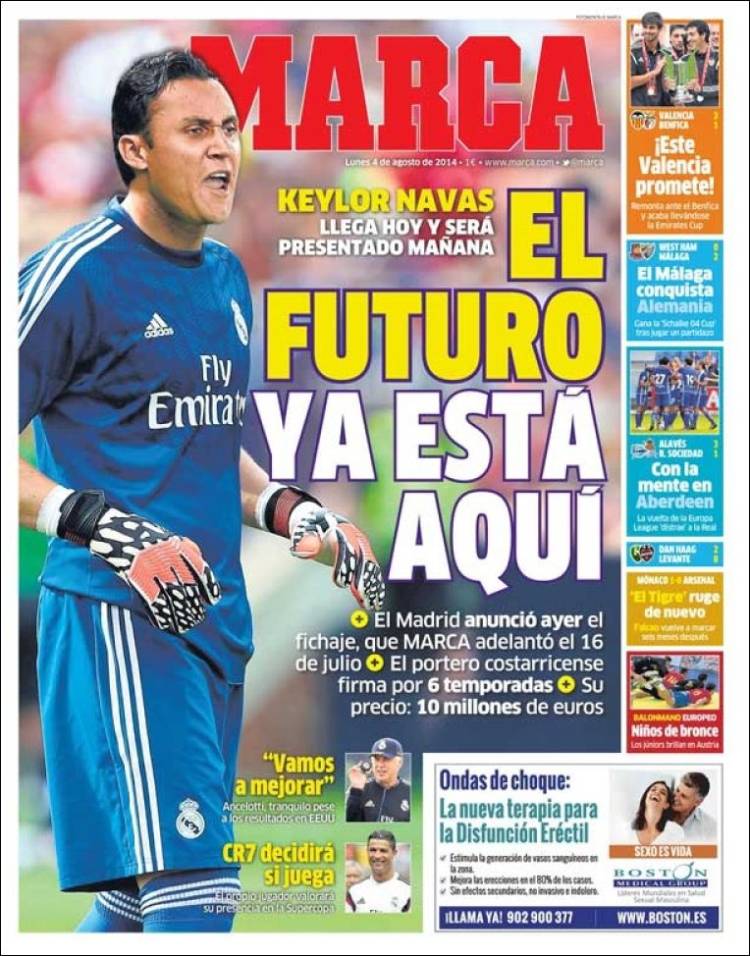 The future is already here

Keylor Navas arrives today and will be presented tomorrow

'We are going to get better'

Ancelotti calm despite the results in USA

CR7 will decide if he plays

The player himself will assess his presence in the Super Cup

This Valencia side is promising!

They win the Schalke 04 cup after a superb performance

With their mind on Aberdeen

The return leg of the Europa League distracts La Real 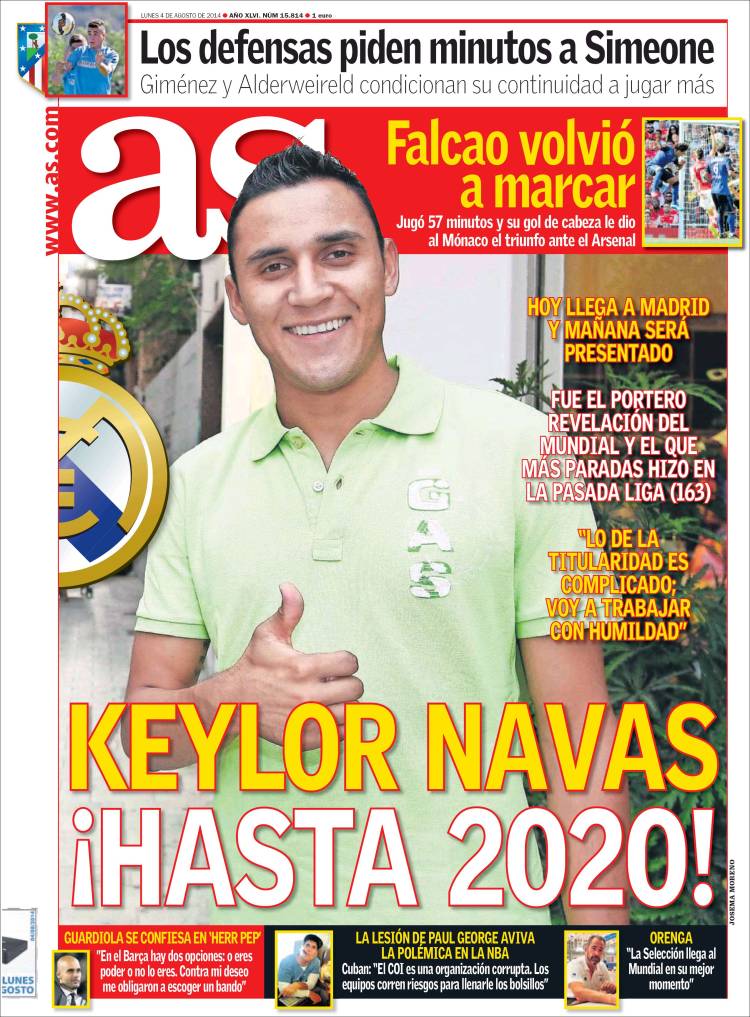 He arrives in Madrid today and will be presented tomorrow

'To be No.1 is complicated; I am going to work with humility'

The defenders ask for minutes from Simeone

Gimenez and Alderweireld determine their future by playing more

'At Barca there are two options, you are able or you are not’

‘Against my wish I was forced to choose a side’ 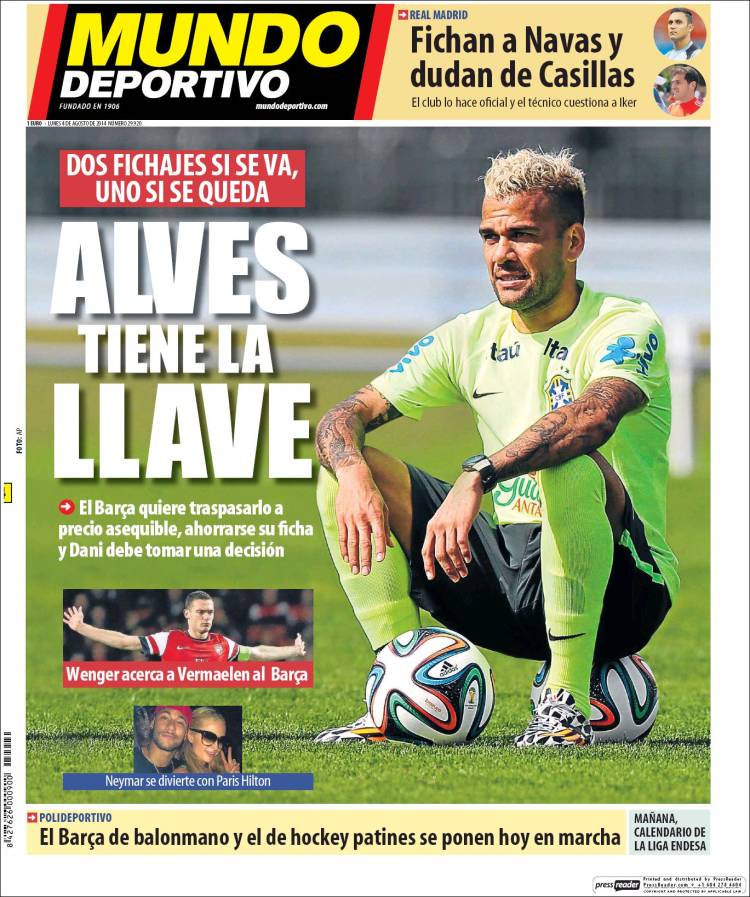 Alves has the key

Two signings if he goes, one if he stays

Barca want to transfer him for a good price, saving his wage and Dani must make a decision

Neymar has fun with Paris Hilton

The club make it official and the Coach questions Iker