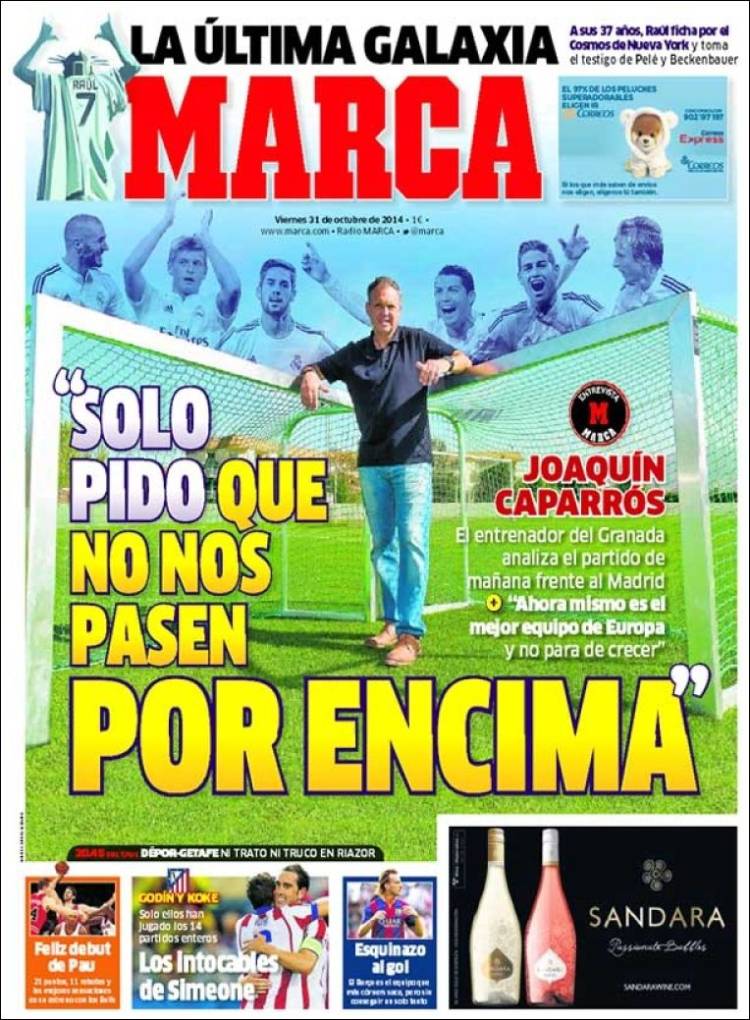 “I only ask that they don’t dominate us”

The final frontier: Raul signs for New York Cosmos aged 37 and takes the baton from Pele and Beckenbauer

Godin and Koke: Only those two have played all 14 games 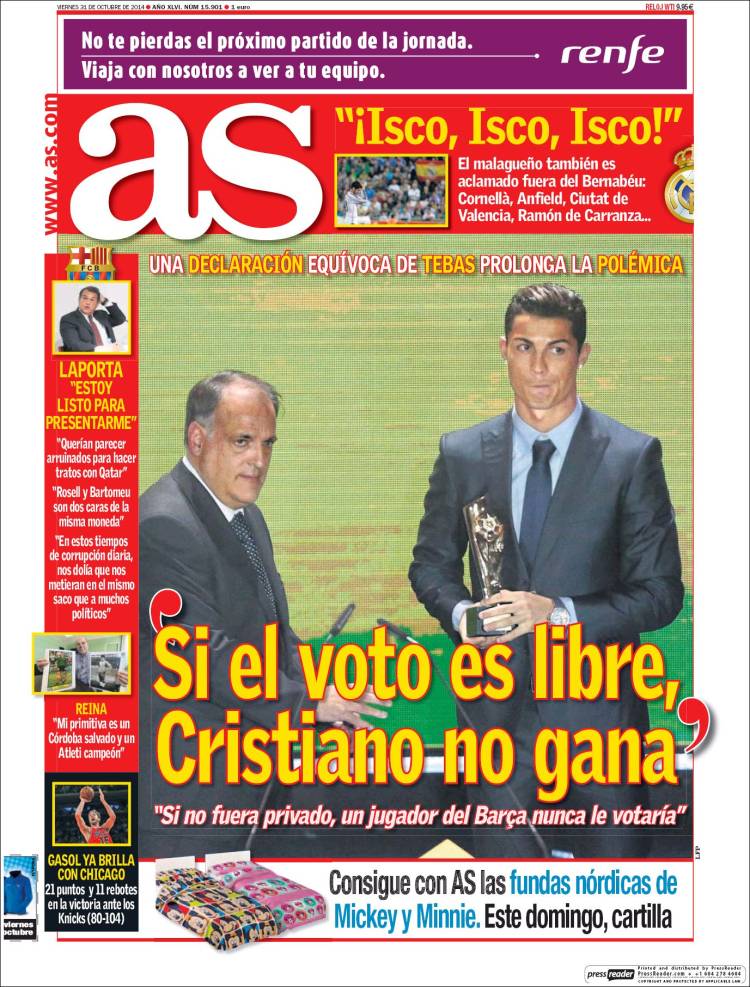 “If it is a free vote, Cristiano doesn’t win”

A mistaken declaration from Tebas prolongs the controversy

“Rosell and Bartomeu are two sides of the same coin”

“In these times of daily corruption, it pains us to be put in the same boat as a lot of politicians”

Reina: “My bet is for Cordoba to stay up and Atletico to be champions” 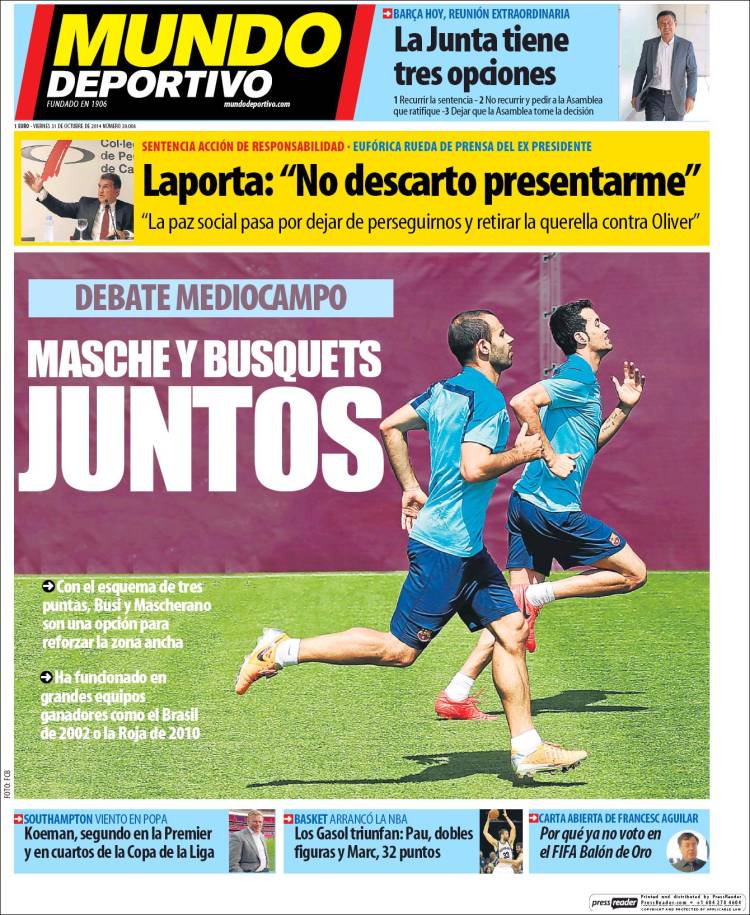 Masche and Busquets together

With the system of three attackers, Busi and Mascherano are an option to reinforce the flanks

Action of Responsibility decision: a euphoric Press conference from the former President

The board has three options

1 To appeal the decision

2 Not to appeal and ask the Assembly to endorse it

3 Leave the Assembly to make the decision

Koeman: Second in the Premier League and into the quarter-finals of the League Cup