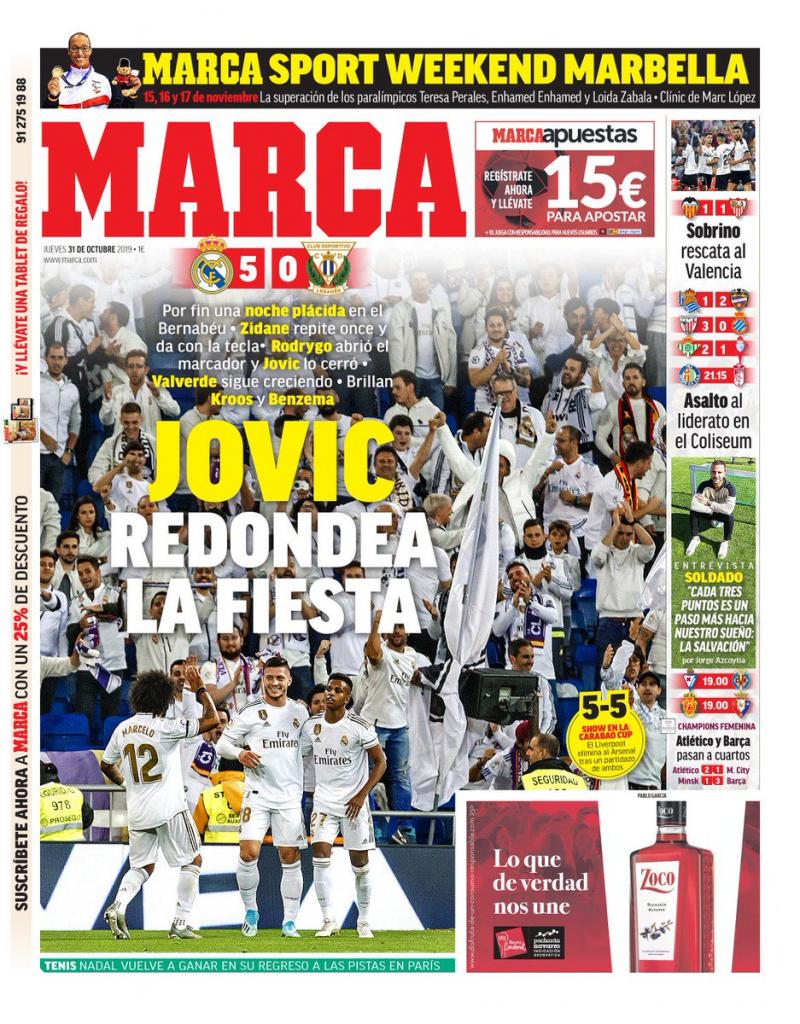 Jovic rounds off the party

Zidane repeats his XI and finds the key, Rodrygo opens the scoring and Jovic closes it, Valverde, Benzema and Kroos all praised

The leaders go to the Coliseum 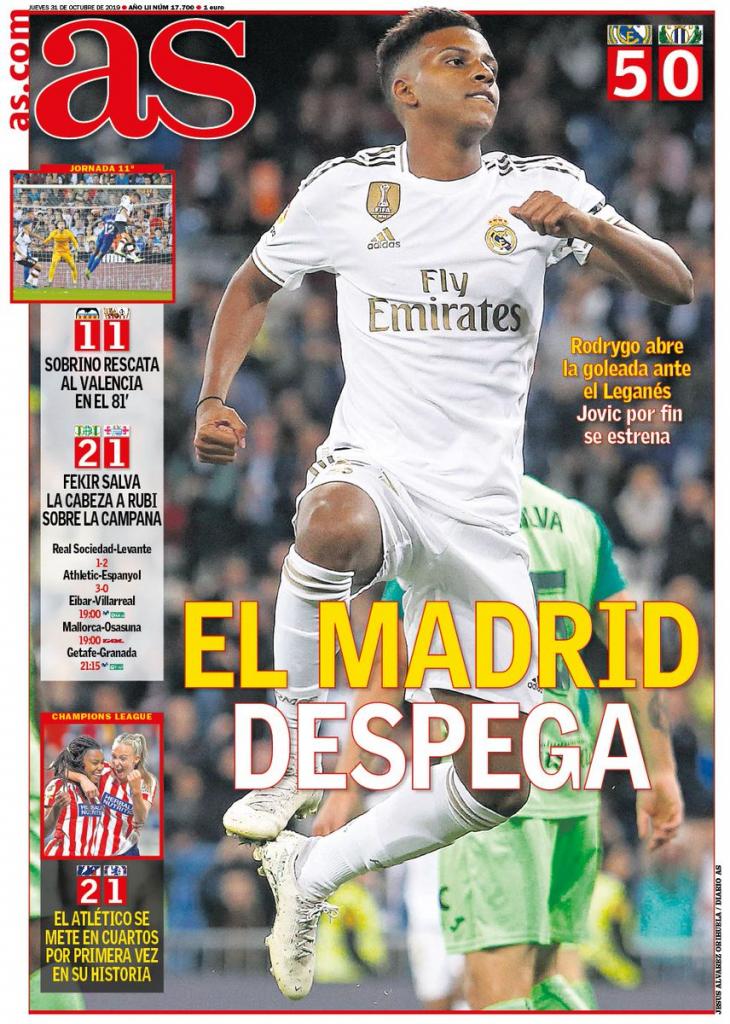 Rodrygo opens the scoring against Leganes, Jovic finishes it off 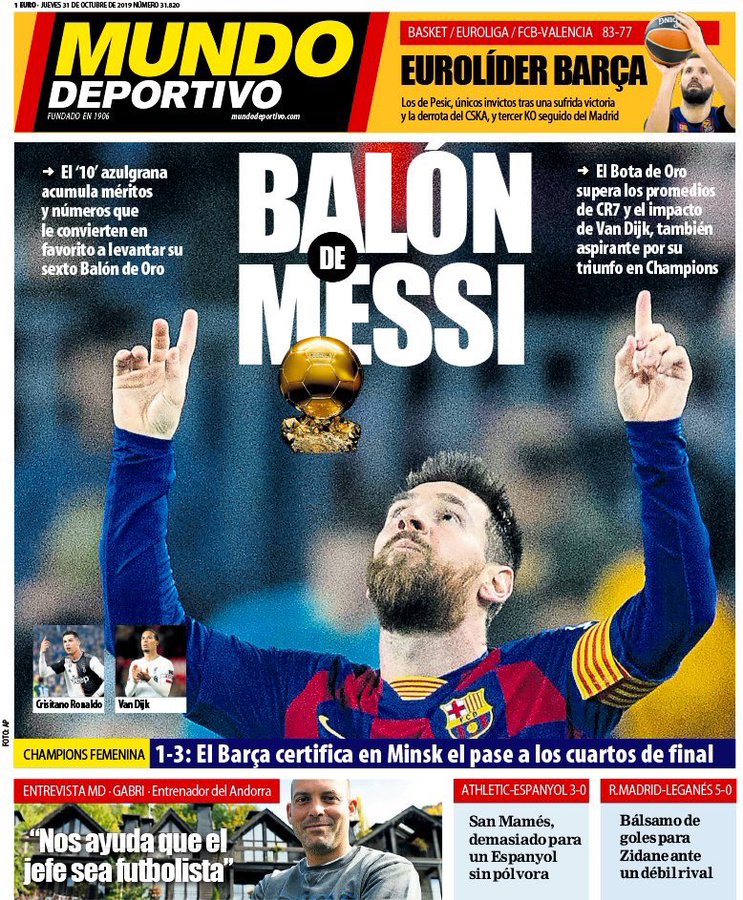 Favourite to win his sixth title due to form and numbers, beats the average of Ronaldo and the impact of Van Dijk

San Mames, too much for an Espanyol without gunpowder

Lots of goals for Zidane's side against a weak rival