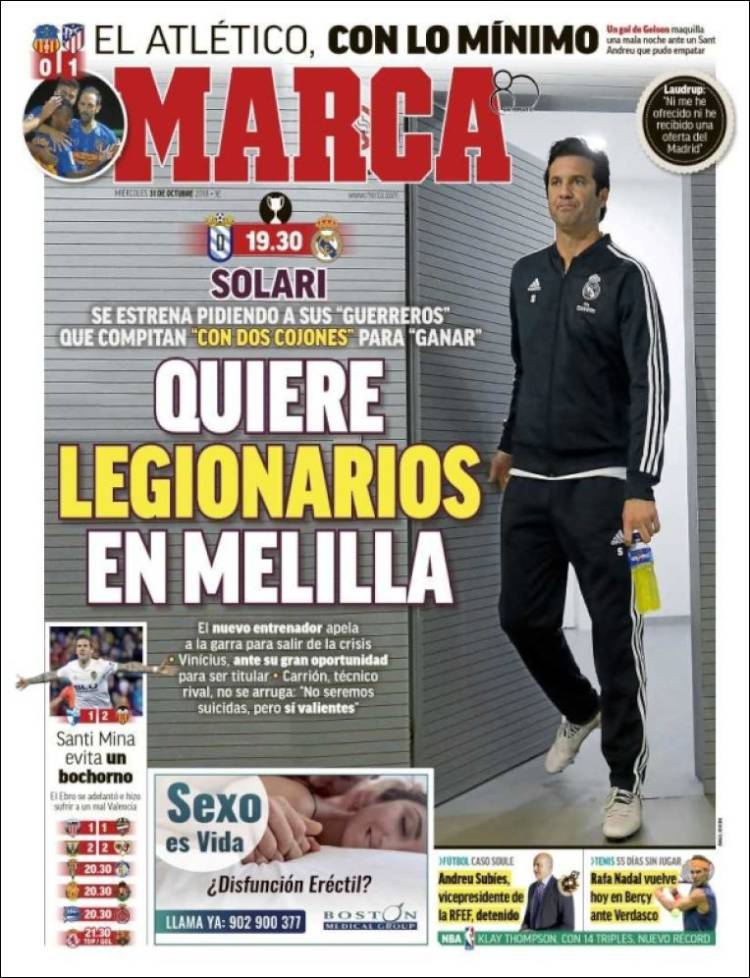 He wants warriors in Melilla

Solari: "We will not be suicidal, but courageous"

Atleti, with the minimum 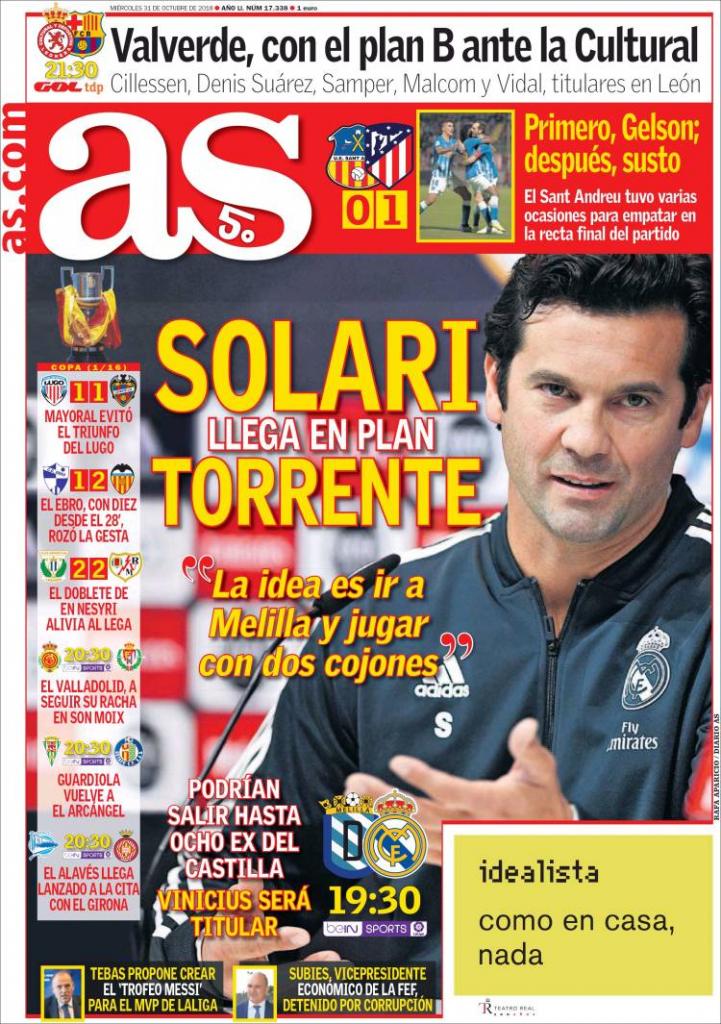 Solari arrives with a torrent plan

"I want to go to Melilla and play with character"

Valverde to use Plan B against Cultural

First, Gelson, after, a scare 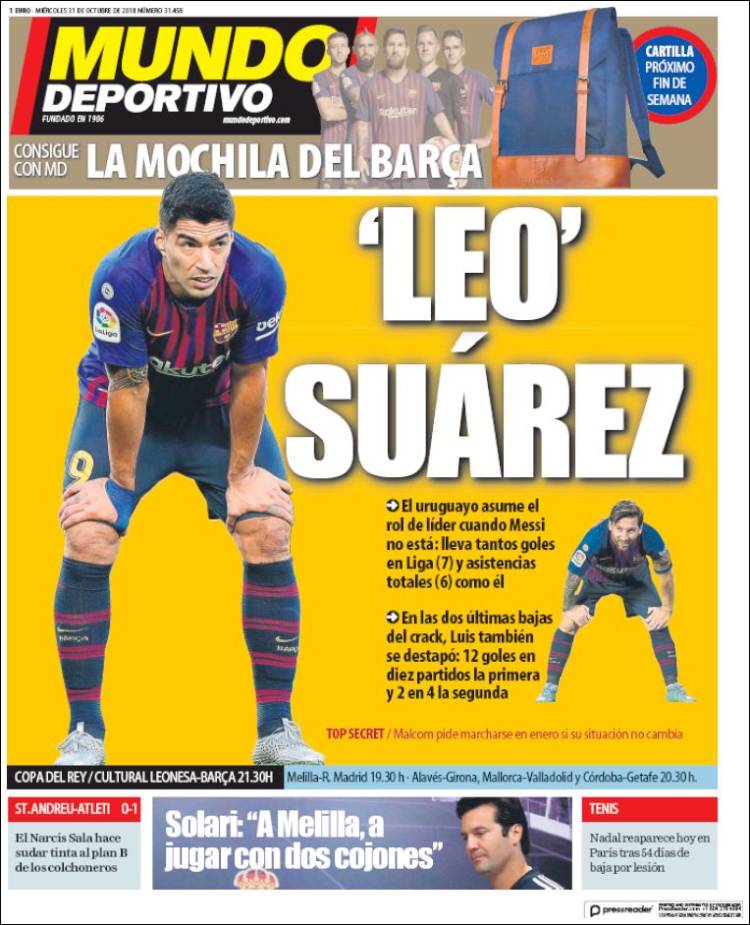 Solari: "In Melilla, we want to play with character"