Today’s front-page headlines from Marca ,AS and Mundo Deportivo… 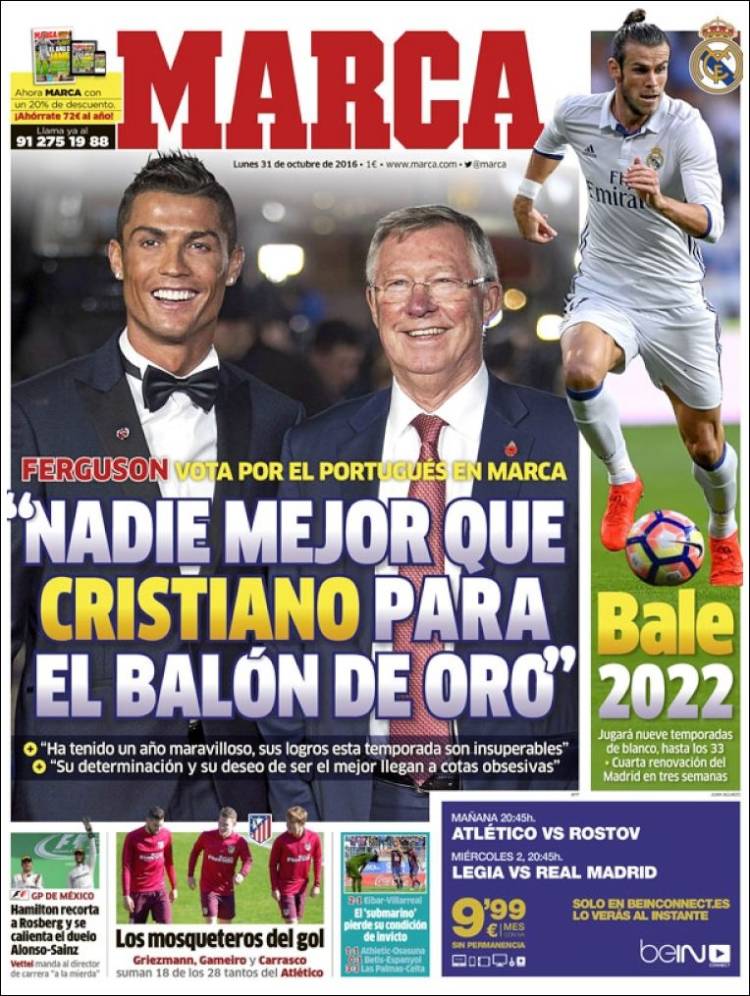 “No-one better than Cristiano for the Ballon d’Or”

Ferguson votes for the Portuguese in Marca

“He’s had a wonderful year, his achievements this season are second to none”

“His determination and desire to be the best reach obsessional heights”

He will have played nine seasons in white, until he is 33

Griezmann, Gameiro and Carrasco have scored 18 of Atletico’s 28 goals

The Submarine lose their unbeaten record 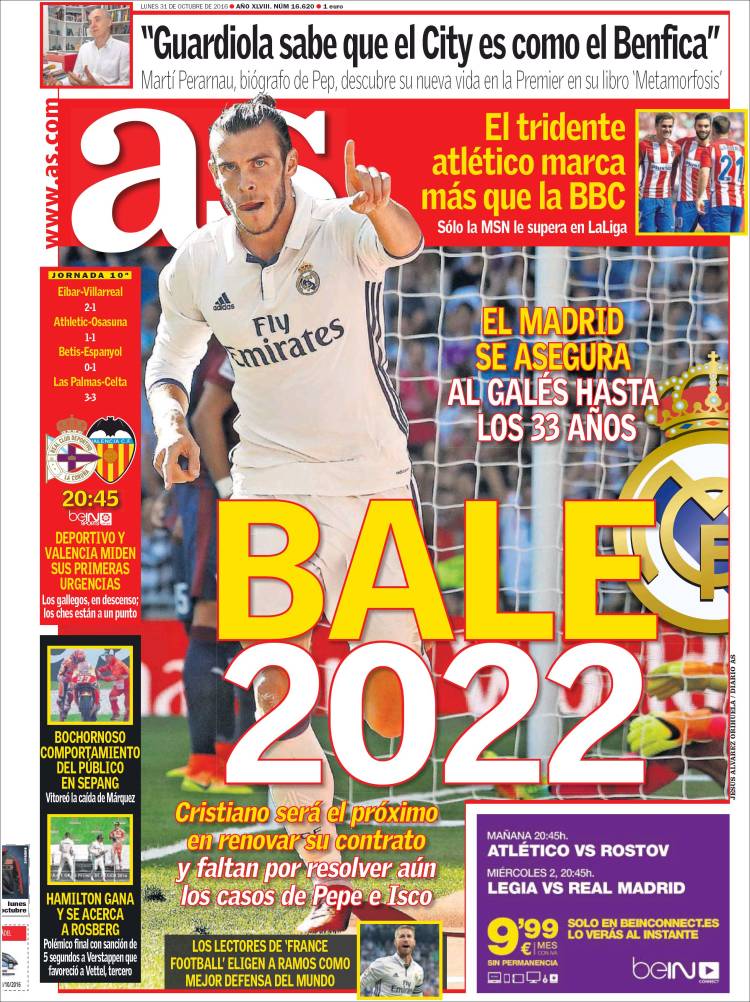 Madrid are secured to the Welshman until he is 33

Cristiano will be next to renew his contract, but the cases of Pepe and Isco have yet to be resolved

Only MSN exceed them in La Liga

Marti Perarnau, Pep’s biographer, discovers his new life in the Premier League in his book ‘Metamorphosis’

The Galicians, in decline; Los Che are just a point behind 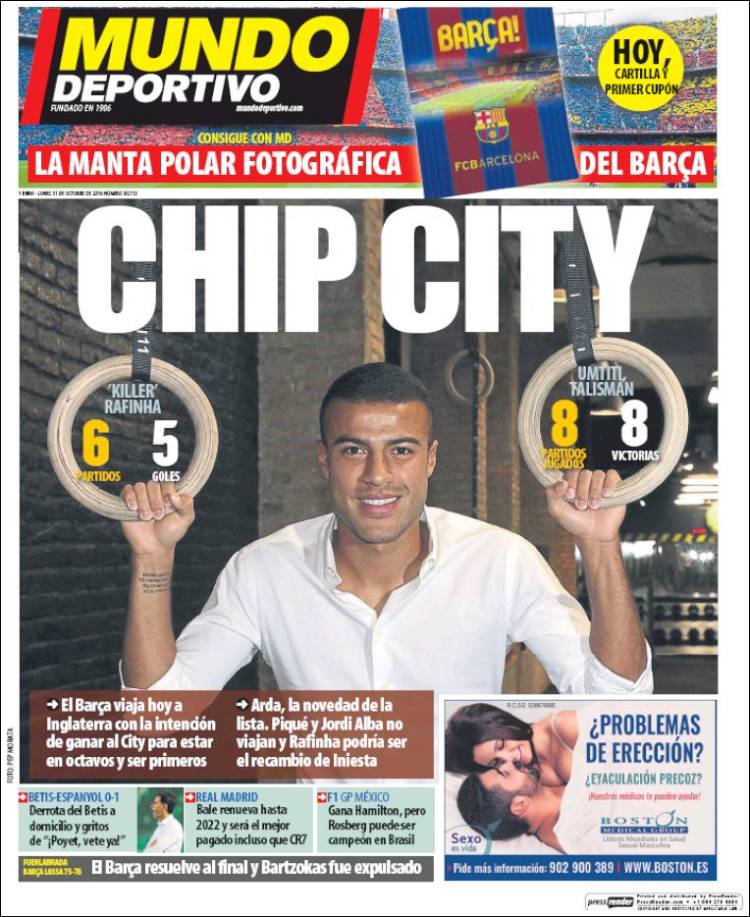 Arda, back in the squad, Pique and Jordi Alba have not travelled and Rafinha could be Iniesta’s replacement

Defeat for Betis at home and cries of ‘Poyet, go now!’

Bale renews until 2022 and will become the highest-paid player, including CR7