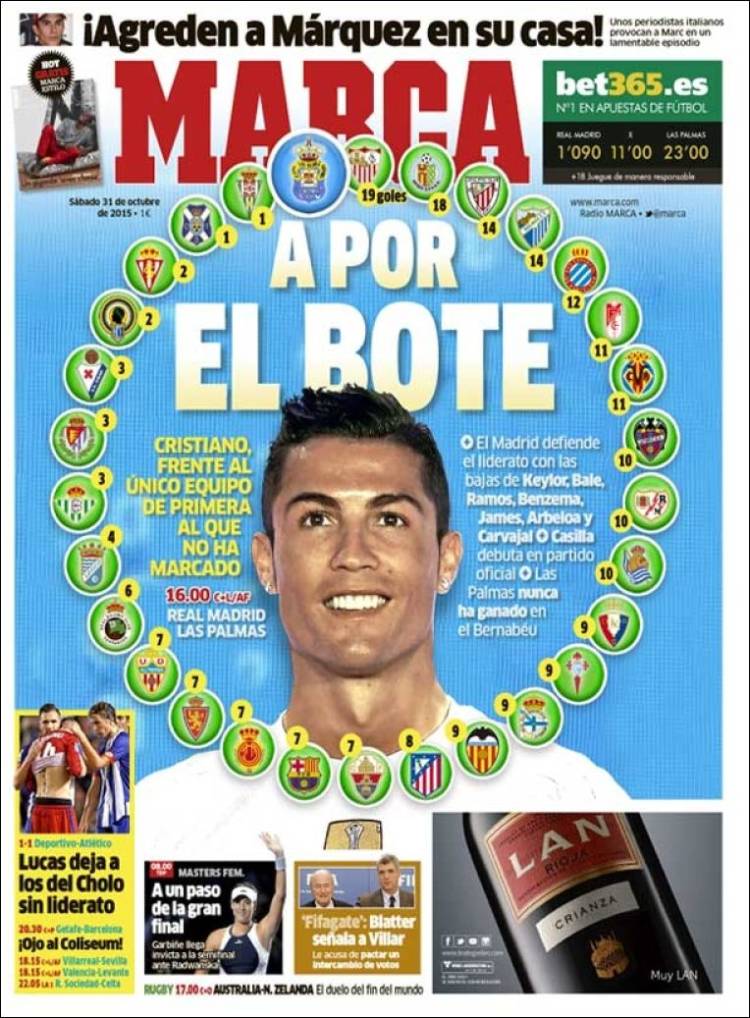 Las Palmas have never won at the Bernabeu

Lucas leaves Cholo without the lead

Accuses him of agreeing an exchange of votes 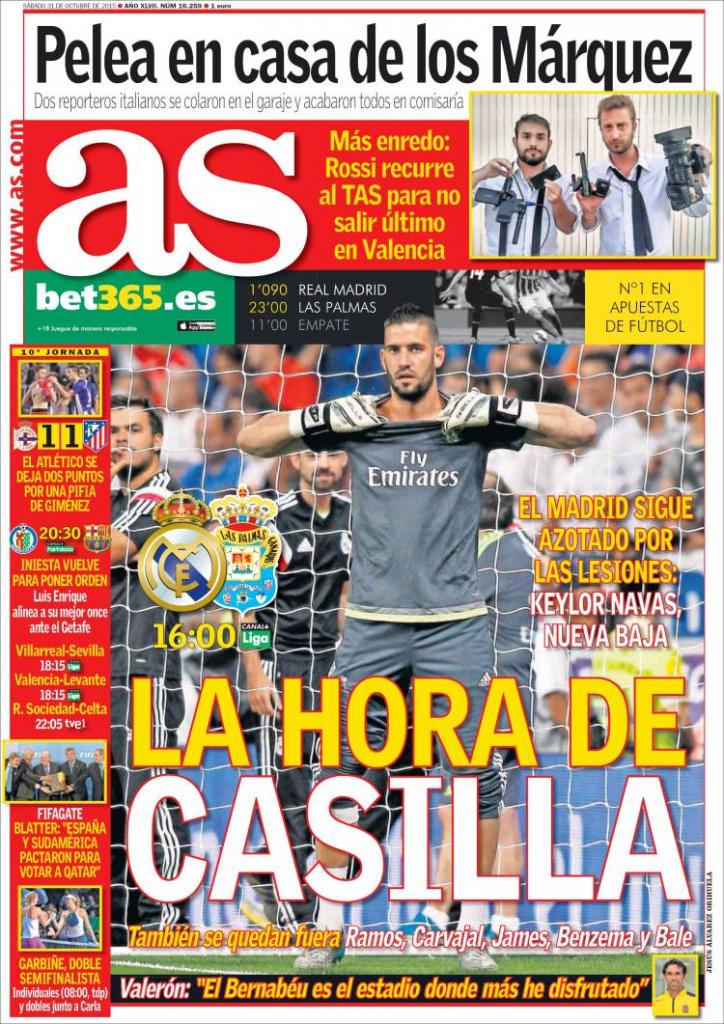 Also left out are Ramos, Carvajal, James, Benzema and Bale

Valeron: “The Bernabeu is the stadium where I most enjoy playing”

Blatter: “Spain and South America made a pact to vote for Qatar” 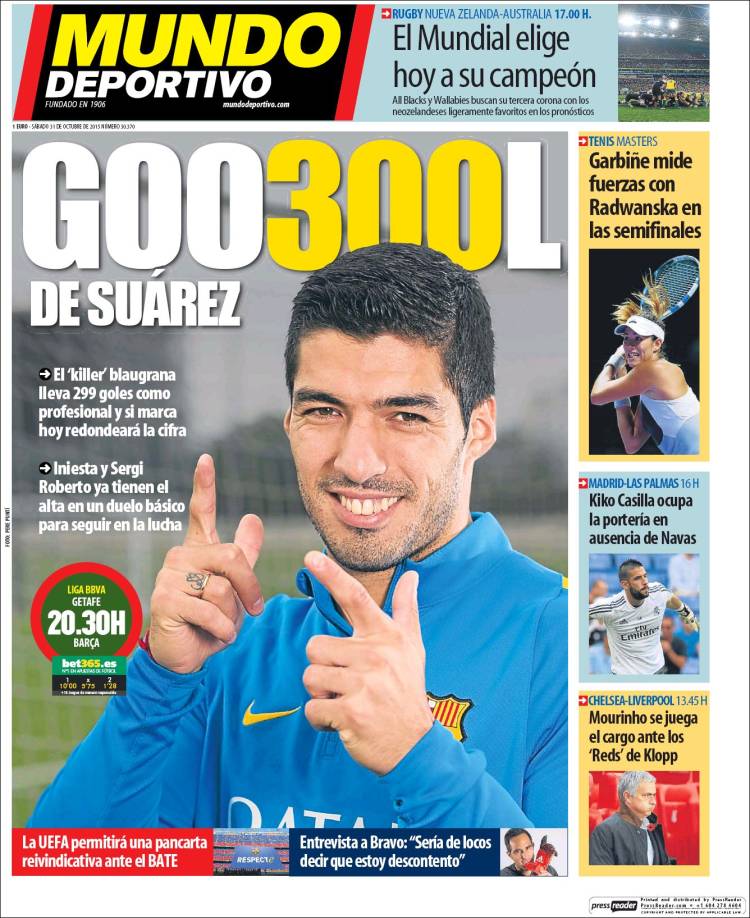 Interview with Bravo: “It would be crazy to say I am unhappy”

Mourinho plays for his job against Klopp’s Reds