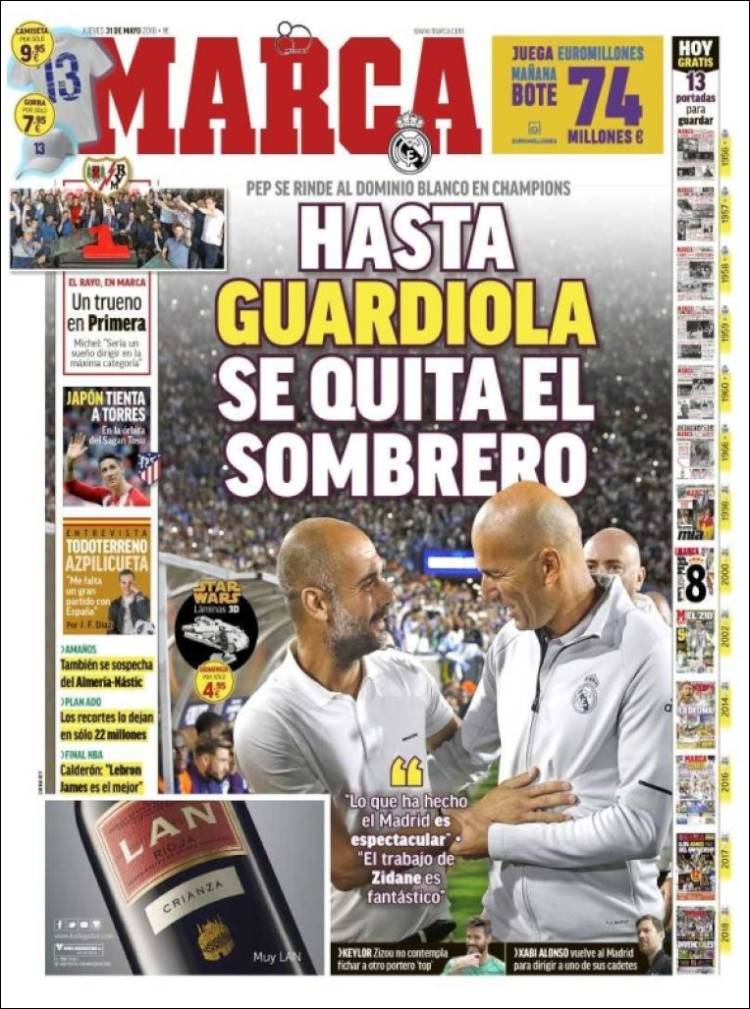 Guardiola takes off his hat

"What he has done with Madrid is spectacular. Zidane's work is incredible"

A thunder in Primera 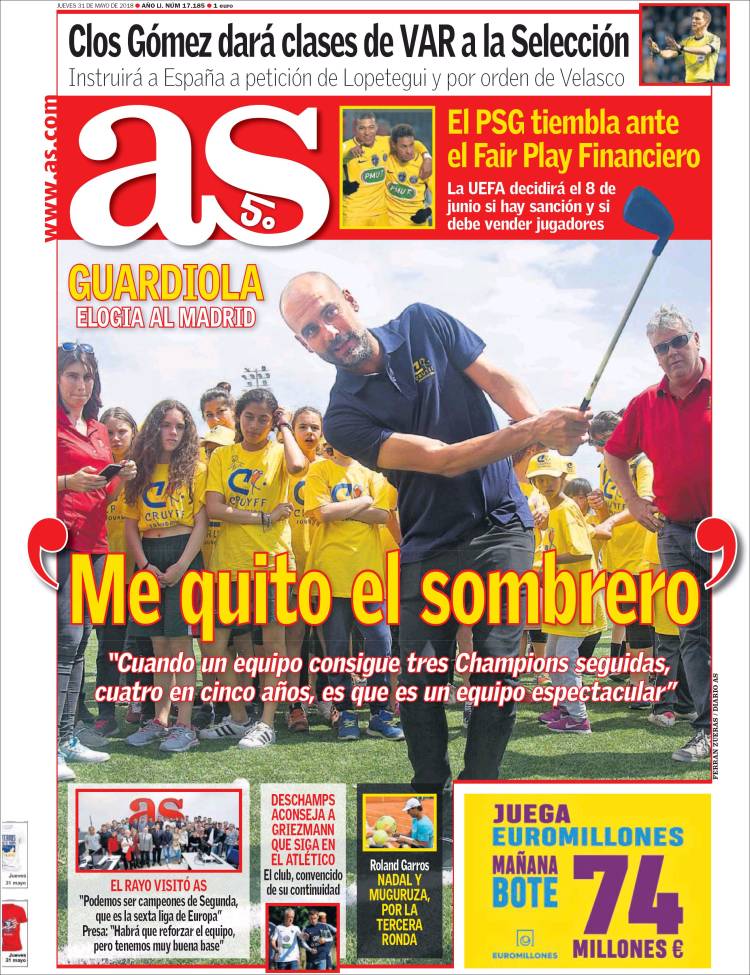 "When a team wins three straight Champions Leagues and four in five years, it's a spectacular team" 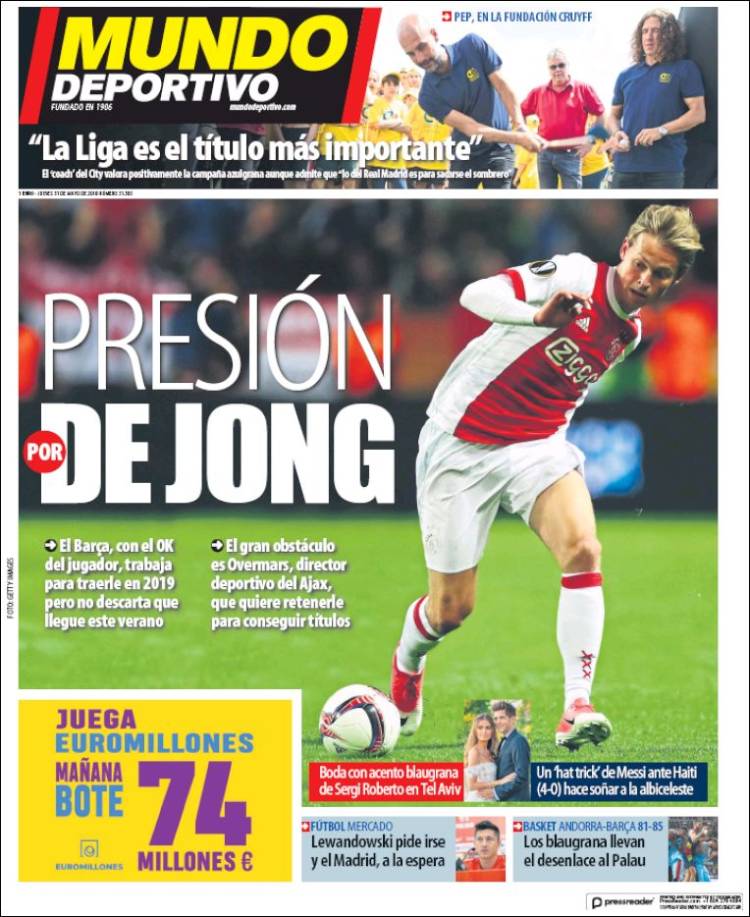 Barca, with the ok of the player, work on 2019 deal but this summer not ruled out, great obstacle is Ajax Director of Sport, Marc Overmars

'La Liga is the most important title' - Pep

Lewandowski asks to leave for Madrid