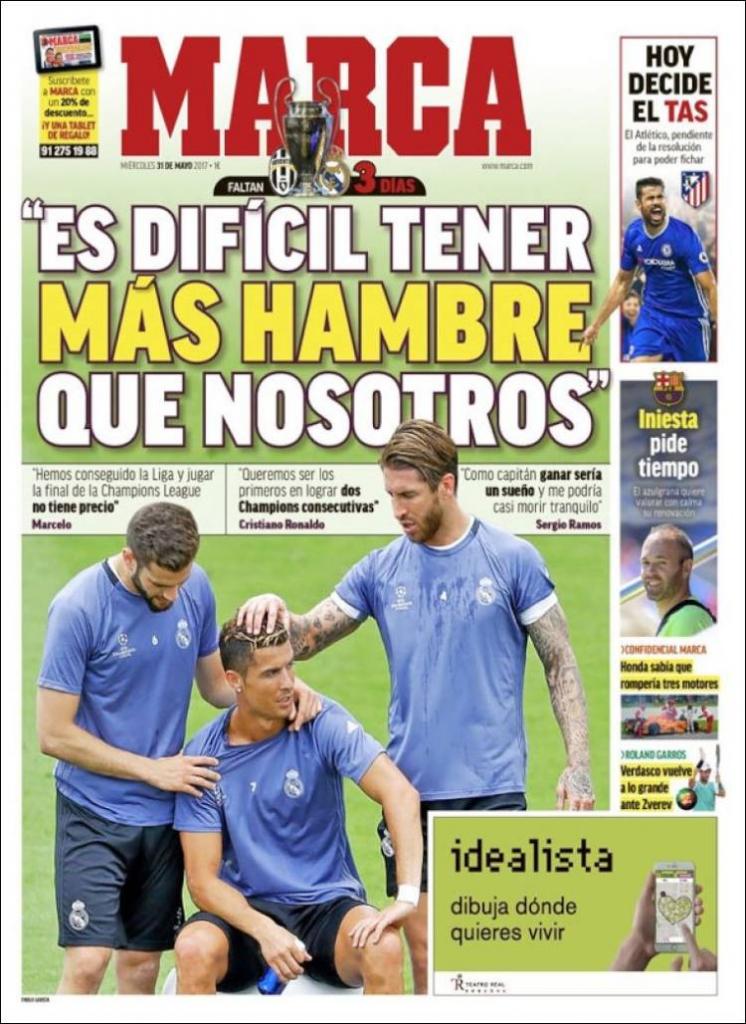 'It's hard to be hungrier than us'

We've won La Liga and to play in CL final is priceless - Marcelo, We want to be the first team to defend CL title - Ronaldo, As captain, a win would be a dream and I could almost die happy - Ramos 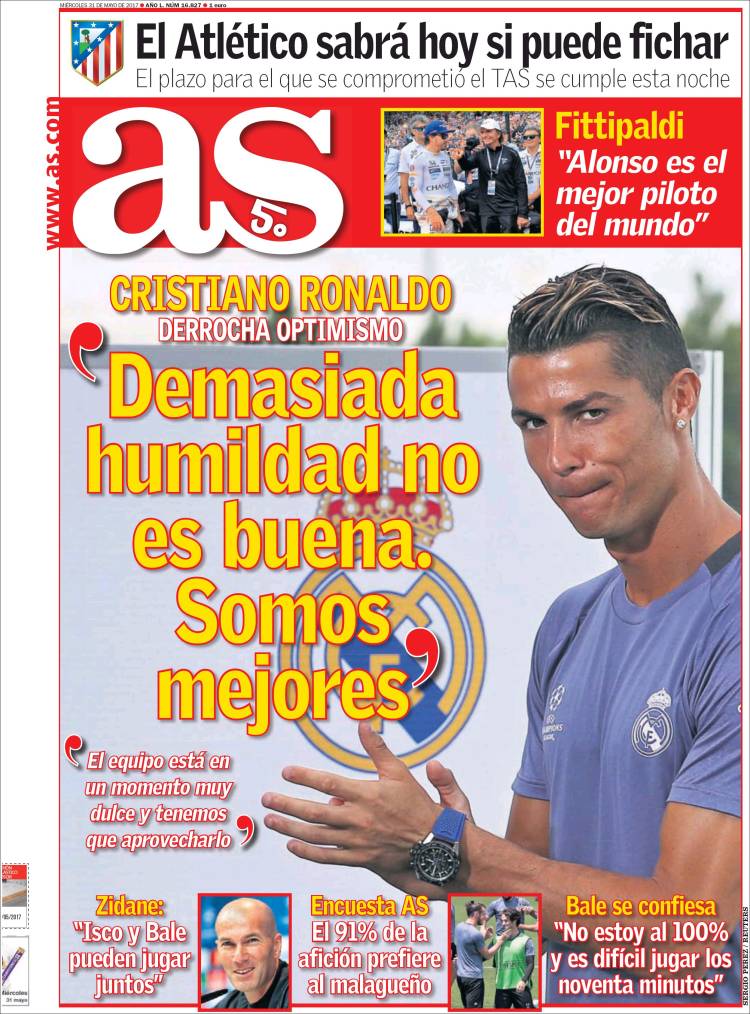 'Too much humility is not good, we must show we're the better team'

Zidane: Isco and Bale can play together, according to AS 91% of fans would choose Isco, Bale confesses: I'm not 100% and it's difficult to play 90 minutes 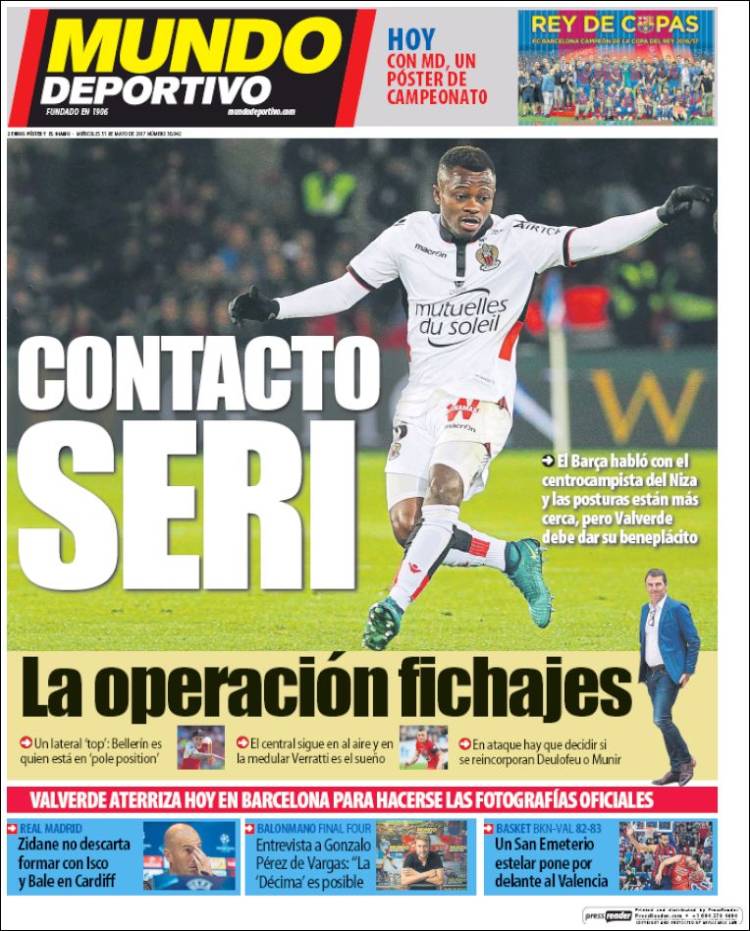 Barca very close to Nice midfielder after contact, would be Valverde's first signing

Operation signings - full back: Bellerin in 'pole position', central midfield: Verratti the dream, in attack a decision must be made between Deulofeu and Munir

ZZ doesn't rule out starting both Bale and Isco in Cardiff