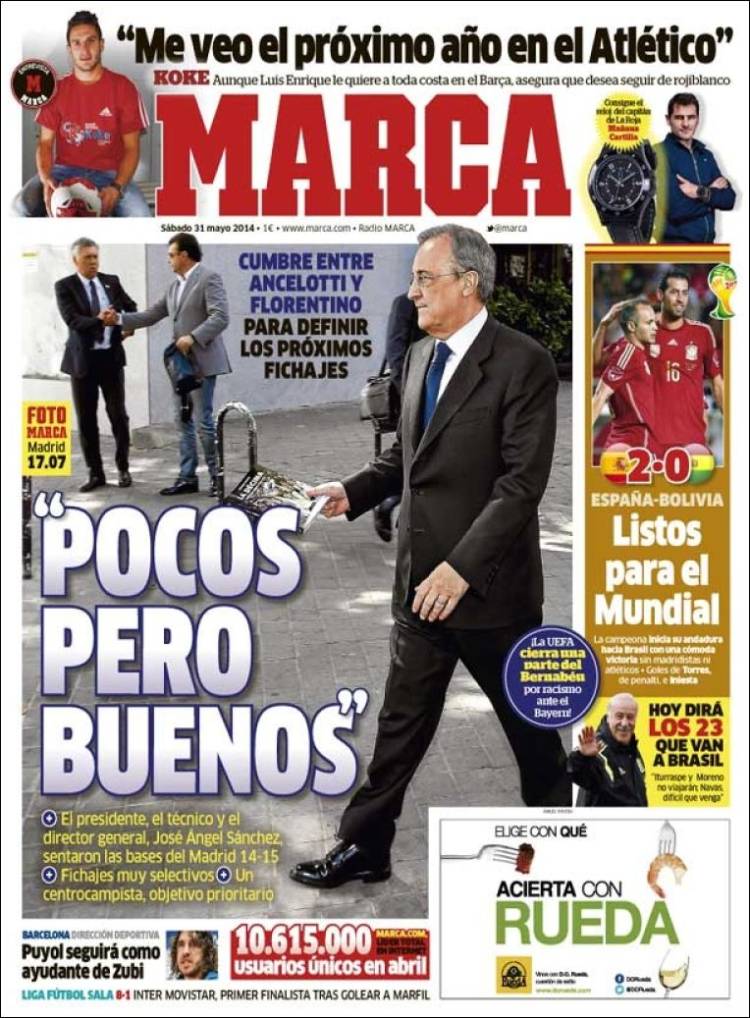 "Few (signings) but good ones"

Meeting between Ancelotti and Florentino to determine next signings

The President, Coach and sporting director, Jose Angel Sanchez, will meet at Madrid's base between 14h and 15h.

Koke - "I see myself at Atletico next year" 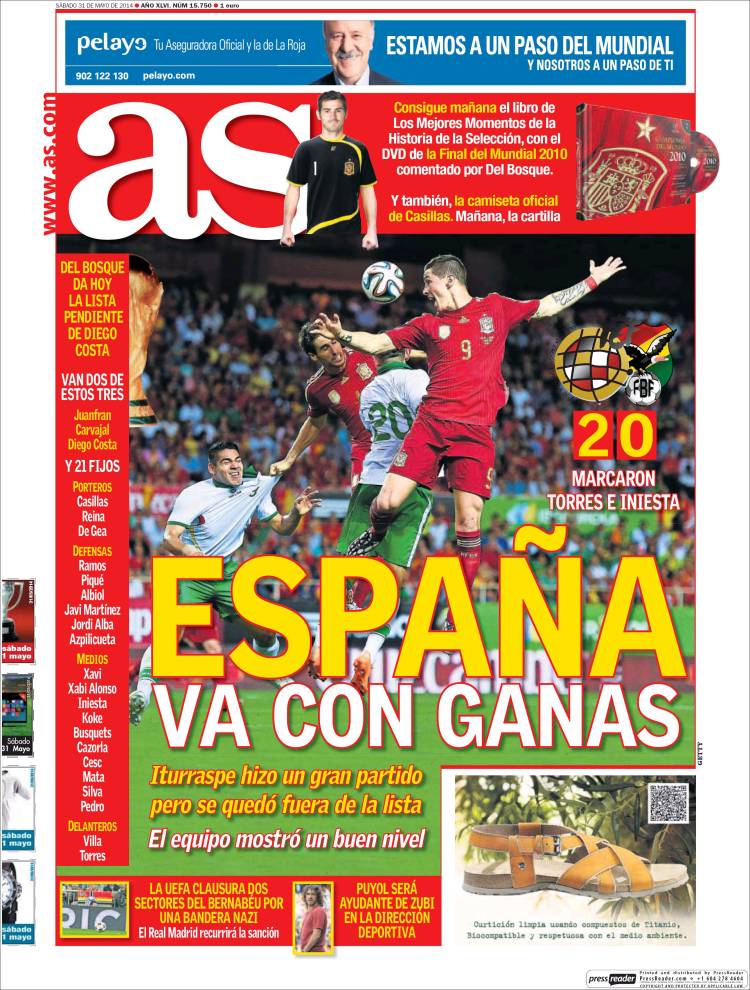 The team showed a good level

Puyol to be Zubi's assistant in sporting operations 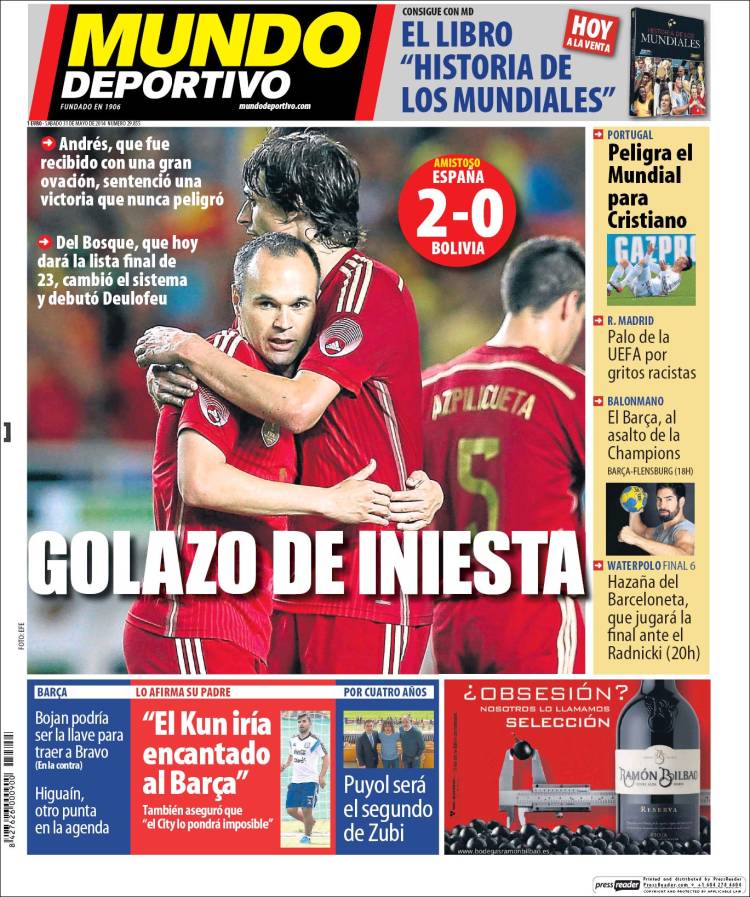 Andres, who received a great ovation, secured a victory that was never in doubt

"Kun would be delighted to go to Barca"

Puyol will be Zubi's assistant