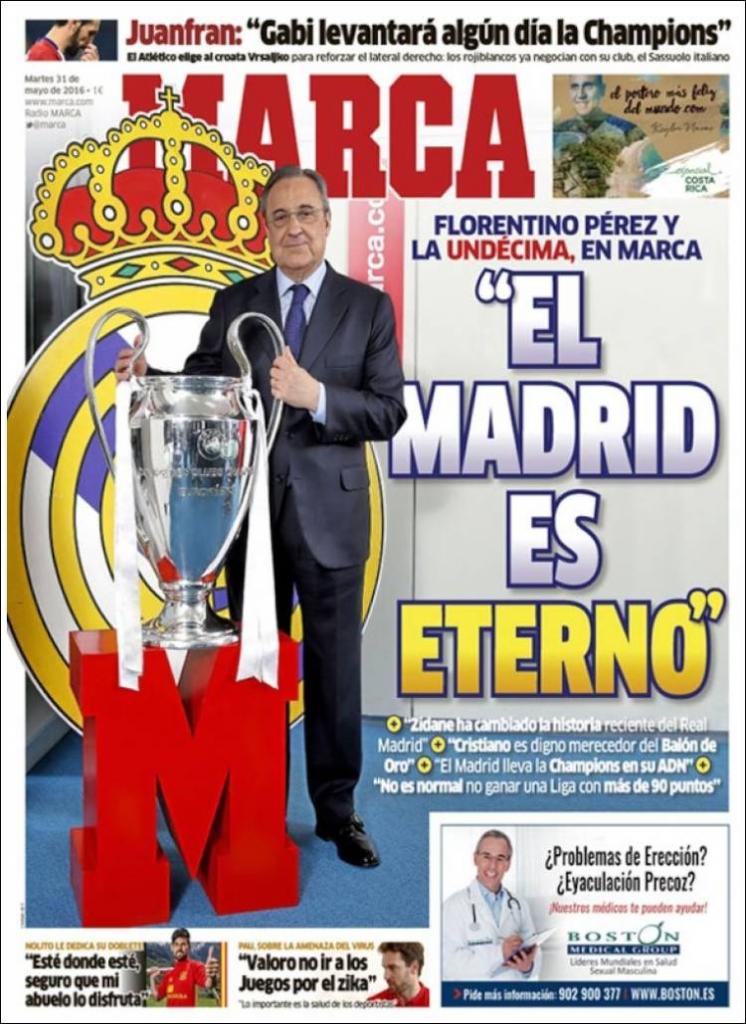 “Cristiano is a worthy recipient of the Ballon d’Or”

“Madrid have the Champions League in their DNA”

Juanfran: “Gabi will win the Champions League one day”

Atletico elect for the Croatian Vrsaljko to strengthen their right side: Los Rojiblancos are already negotiating with his club Sassuolo

“Wherever you are, I’m sure my grandfather enjoyed it”

Pau, on the threat of virus

“The most important thing is the health of the athletes” 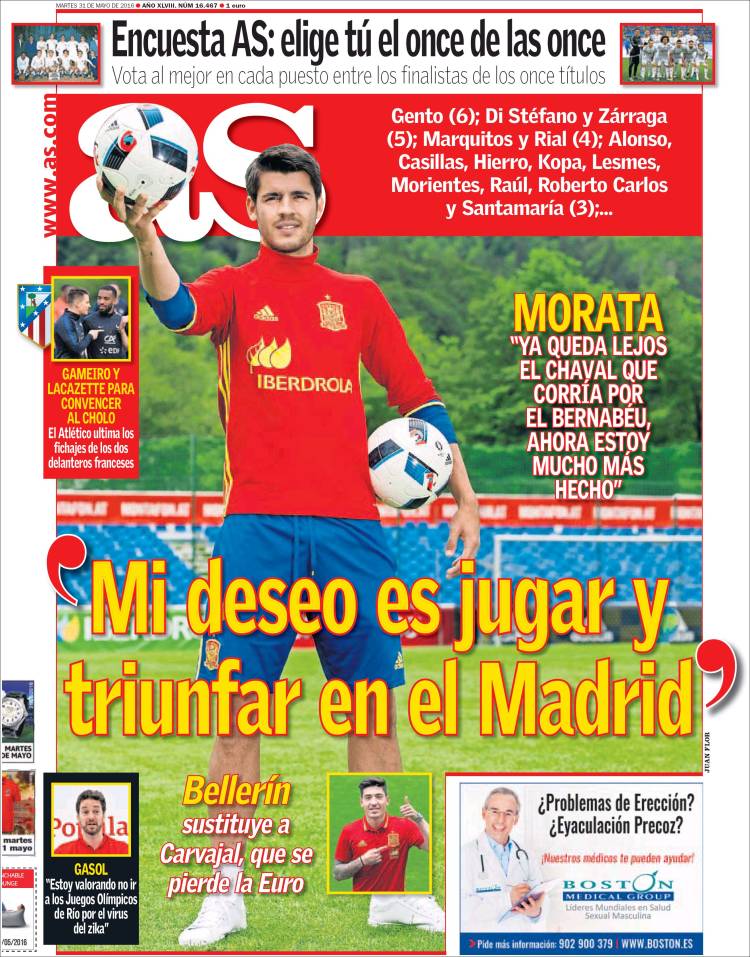 “My desire is to play and win at Madrid”

Morata: “I’m a far cry from the kid who ran at the Bernabeu, I’m much more complete now”

Gameiro and Lacazette to convince Cholo

Atletico’s last two signings could be the French forwards 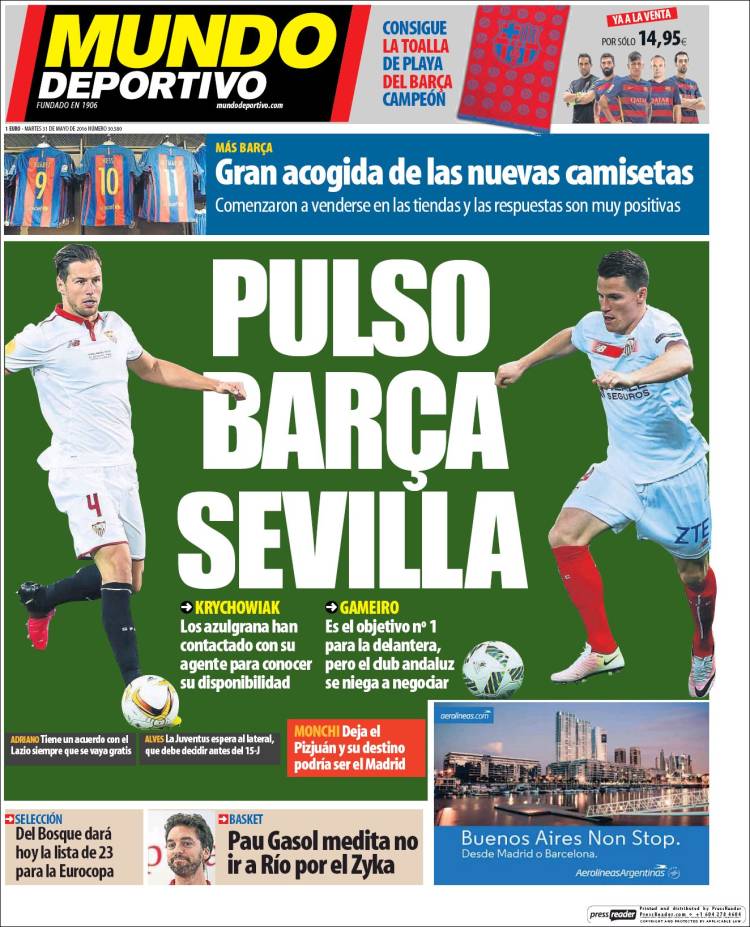 Krychowiak, La Blaugrana have contacted his agent to find out his availability

Gameiro, the No 1 attacking target, but the Andalusians refuse to negotiate

Great reception for the new shirts

They have already begun to be sold in stores, and the responses are very positive

Monchi leaves Pizjuan and his fate could be at Madrid