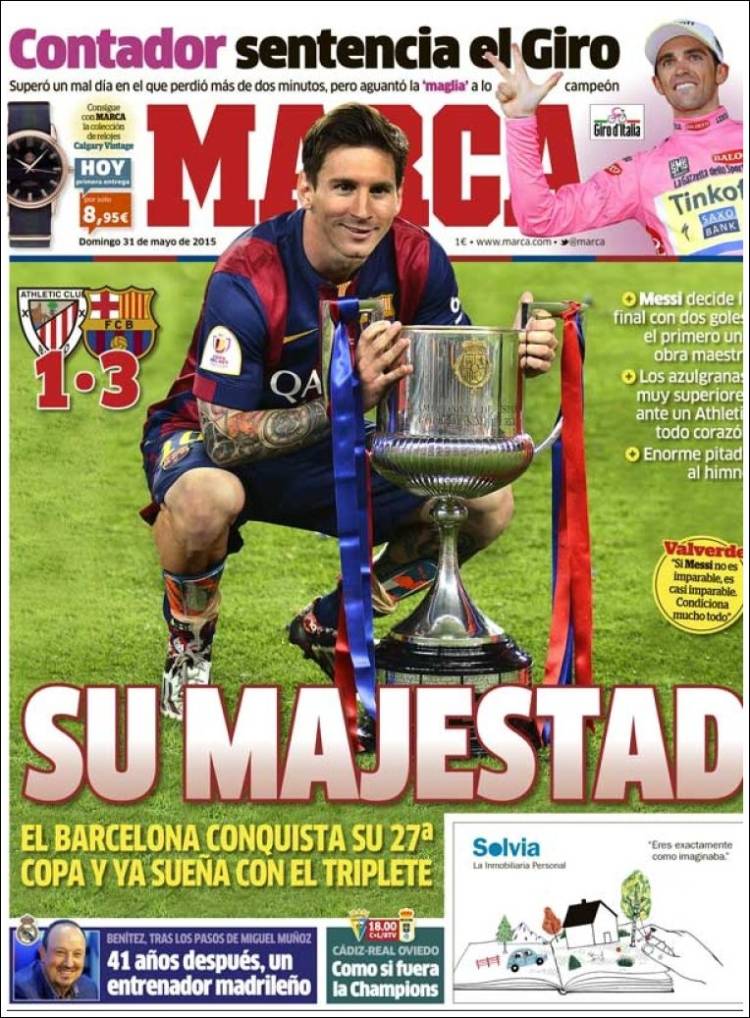 Barcelona win their 27th Copa and close in on the treble

Messi decides the final with two goals, his first a masterpiece

Huge boos for the anthem

Benitez, in the footsteps of Miguel Munoz

Cadiz-Real Oviedo – as though they were champions 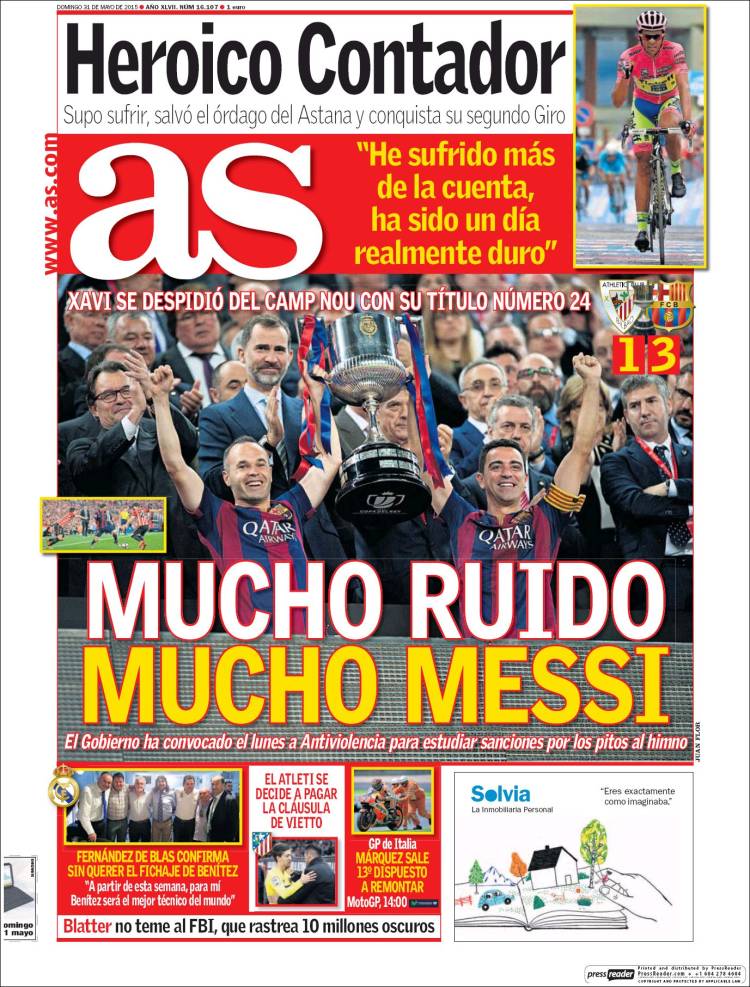 Xavi says goodbye to Camp Nou with his 24th trophy

Lots of superlatives, lots of Messi

“Starting this week, Benitez will become the best Coach in the world”

Blatter doesn’t fear the FBI, who are tracking a €10m payment 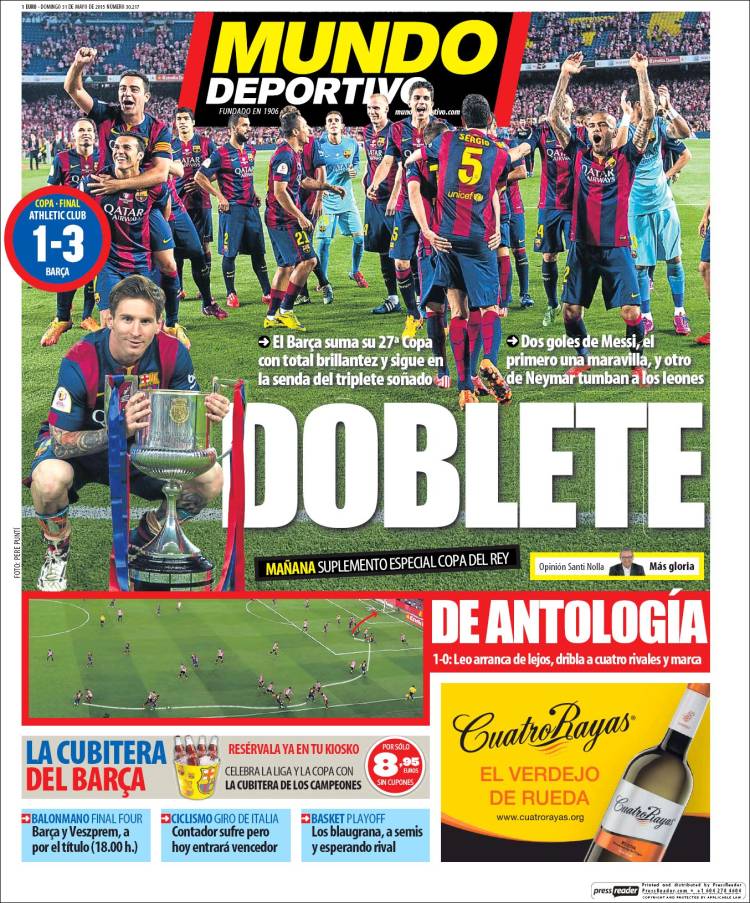 Two goals from Messi, a great first, and another from Neymar lie Los Leones down

Anthology - Leo starts from afar, dribbles past four players and scores for 1-0