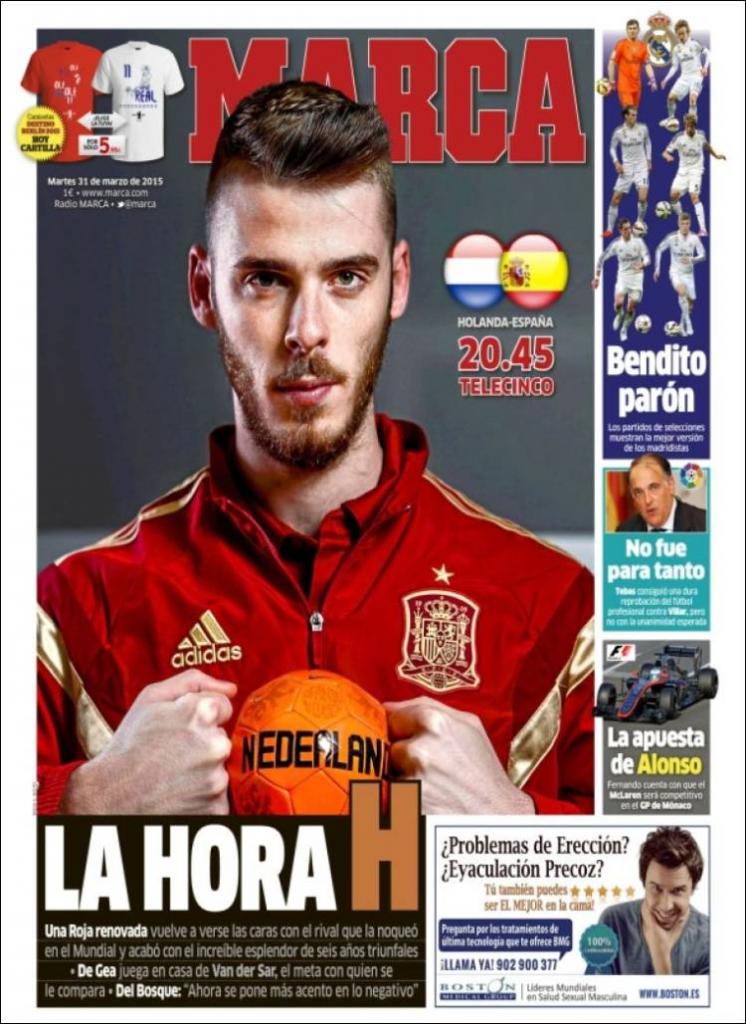 De Gea plays at Van der Sar’s home, the goalkeeper with which he is compared

Del Bosque: “Now they are putting more accent on the negative things”

It was not that great 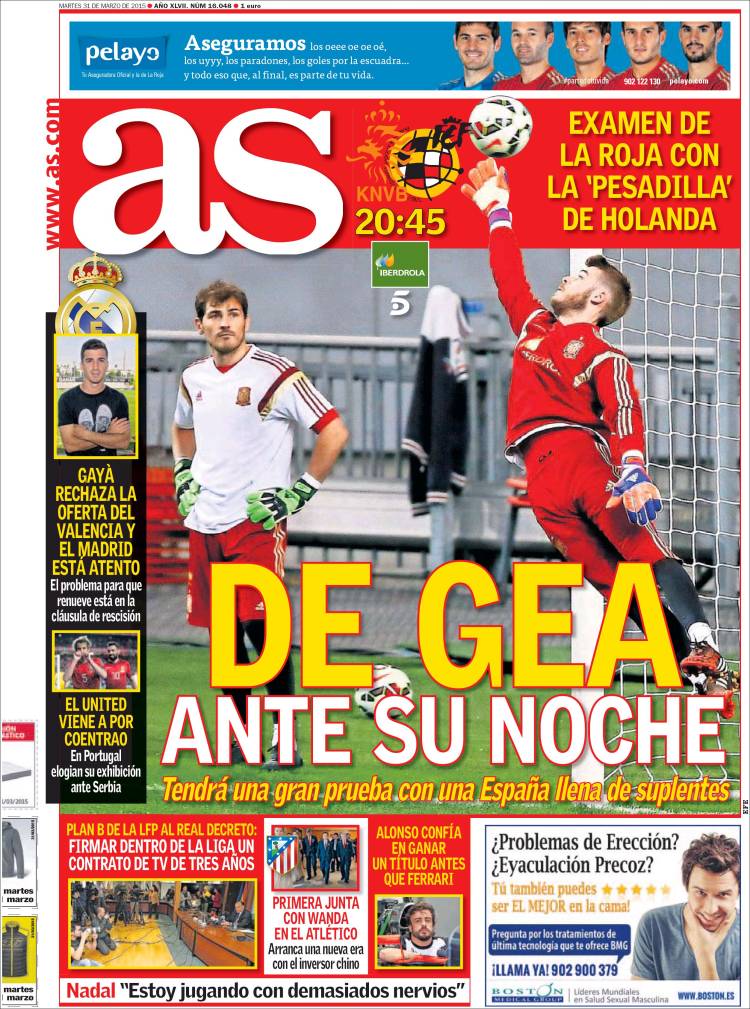 De Gea ahead of his big night

He faces a great test with a Spain full of substitutes

Gaya rejects Valencia’s offer and Madrid are on alert. The problem with his renewal is in the release clause

United come in for Coentrao. In Portugal they are praising his display against Serbia

The LFP’s Plan B to the royal decree: to sign a three-year TV contract with La Liga

First board meeting with Wanda at Atletico. A new era begins with the Chinese investor 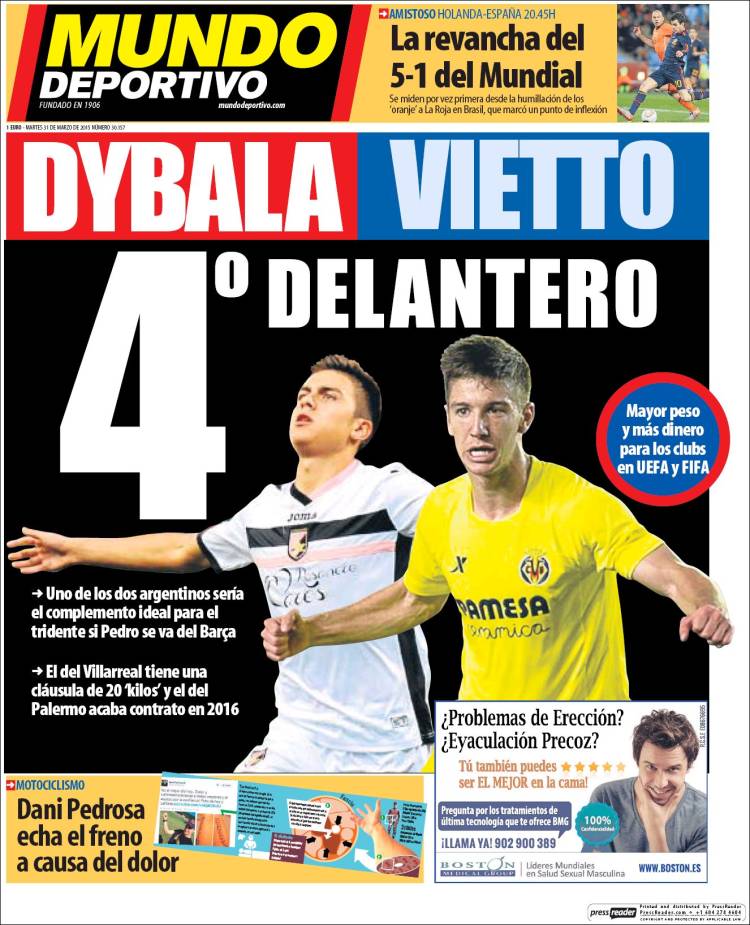 The revenge of the 5-1 World Cup defeat. La Roja face the Oranje for the first time since their humiliation in Brazil, which marks a turning point