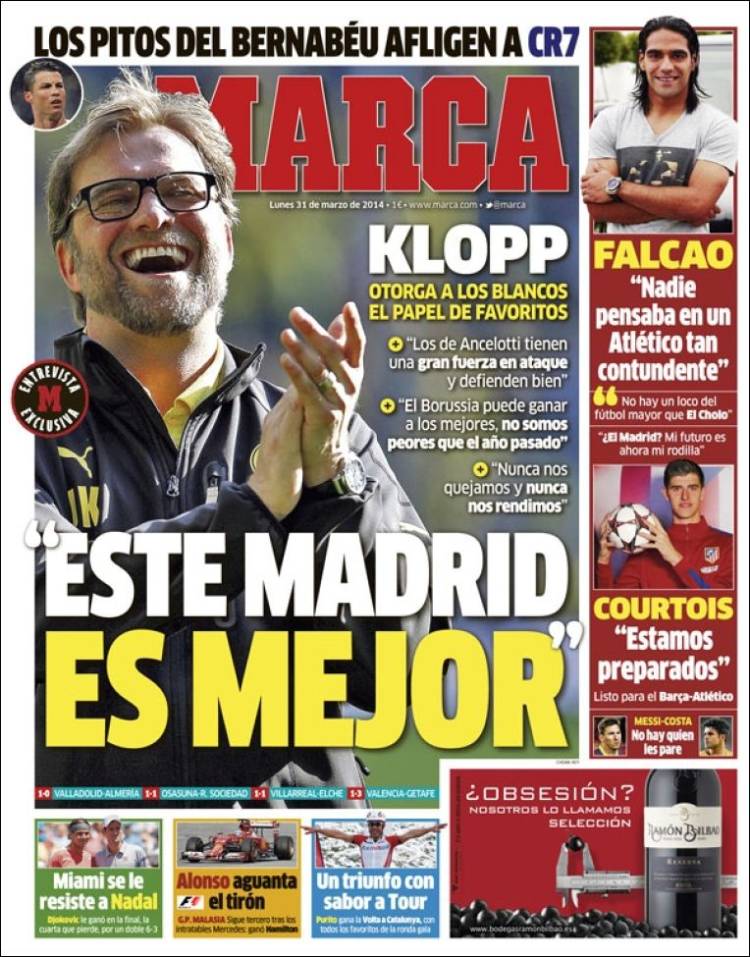 "This Madrid is better," Klopp

"Ancelotti's men have a great attack and defend well"

"Borussi can win against the best, we are not worse than last year"

"We never complain nor give up"

The jeers from the Bernabeu upset CR7

Falcao: "Nobody thought Atletico were a force"

"There is no crazier than El Cholo in football"

"Madrid? My future is now recovering my fitness"

Courtois: "We are prepared"

Miami too hot for Nadal

Djokovic beats him in the final in the fourth set 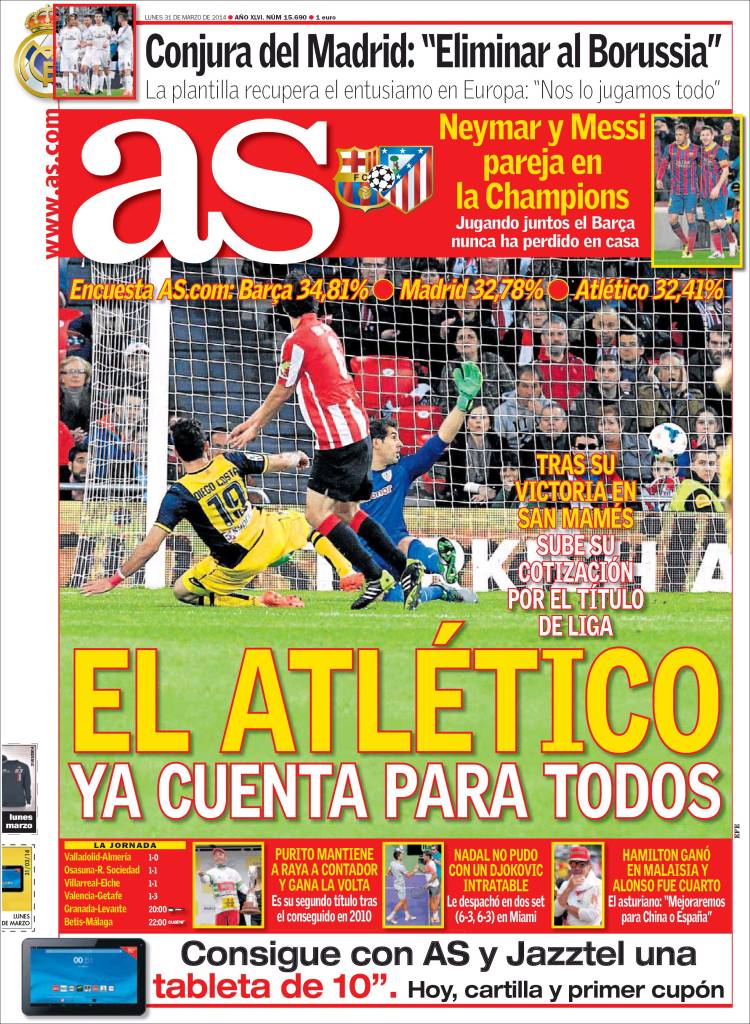 After their win at Sam Mames, their title credentials have risen

Neymar and Messi a pair for the Champions

Barca have not lost when they have played together at home

The team are looking forward to their European tie: "We are playing for everything" 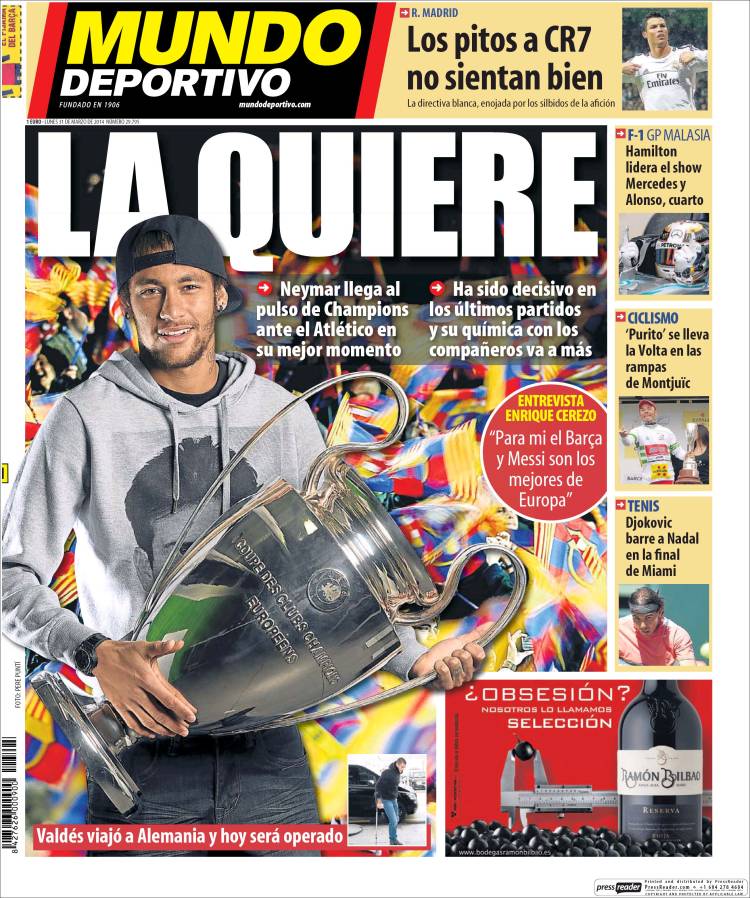 Neymar heads into the UCL quarters in fine form

Enrique Cerezo: "For me, Barca and Messi are the best in Europe"

Djokovic stops Nadal in the final in Miami