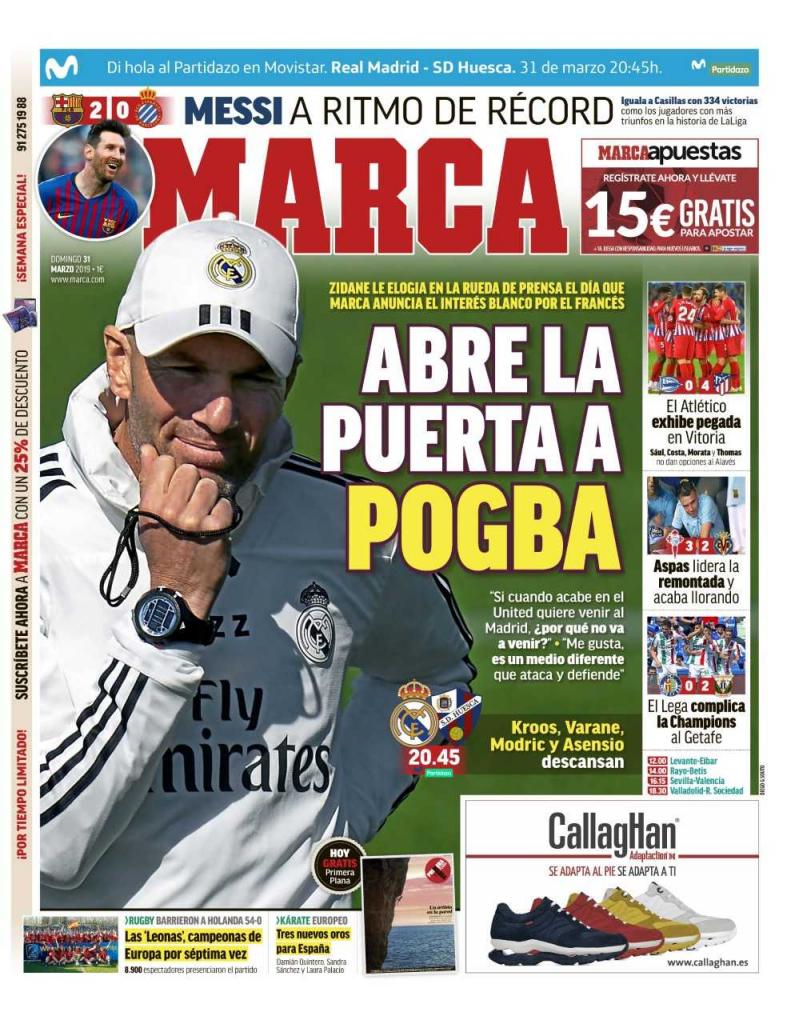 REAL MADRID: Zidane opens the door for Pogba - The Frenchman praises his compatriot during his pre-match press conference by saying there is a place for him at Real Madrid when he leaves Manchester United. 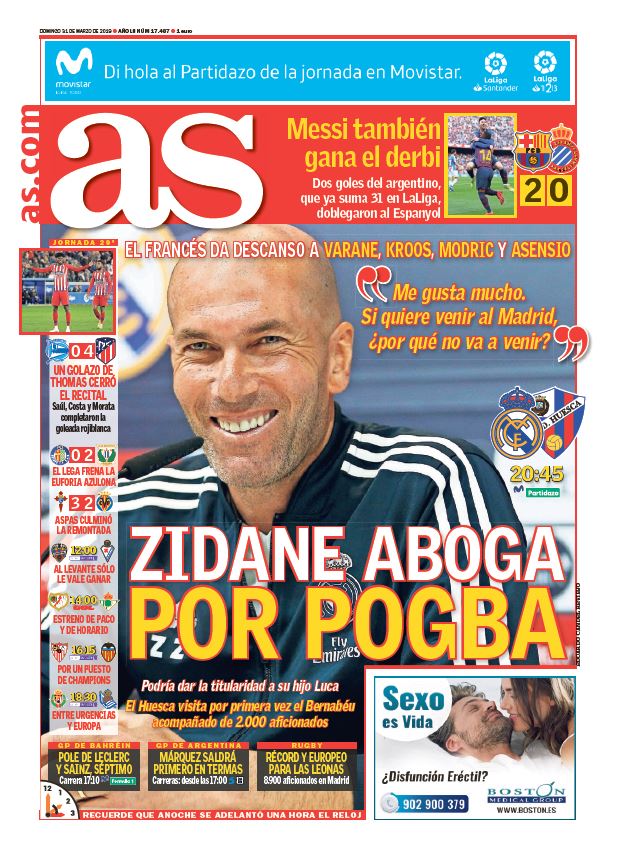 REAL MADRID: Zidane 'pleads' for Pogba - 'I like him very much, but does he want to come to Madrid?

BARCELONA: Messi wins the derby against Espanyol. His two goals make it 31 in La Liga this season, the eighth season he has scored over 30 in league action. 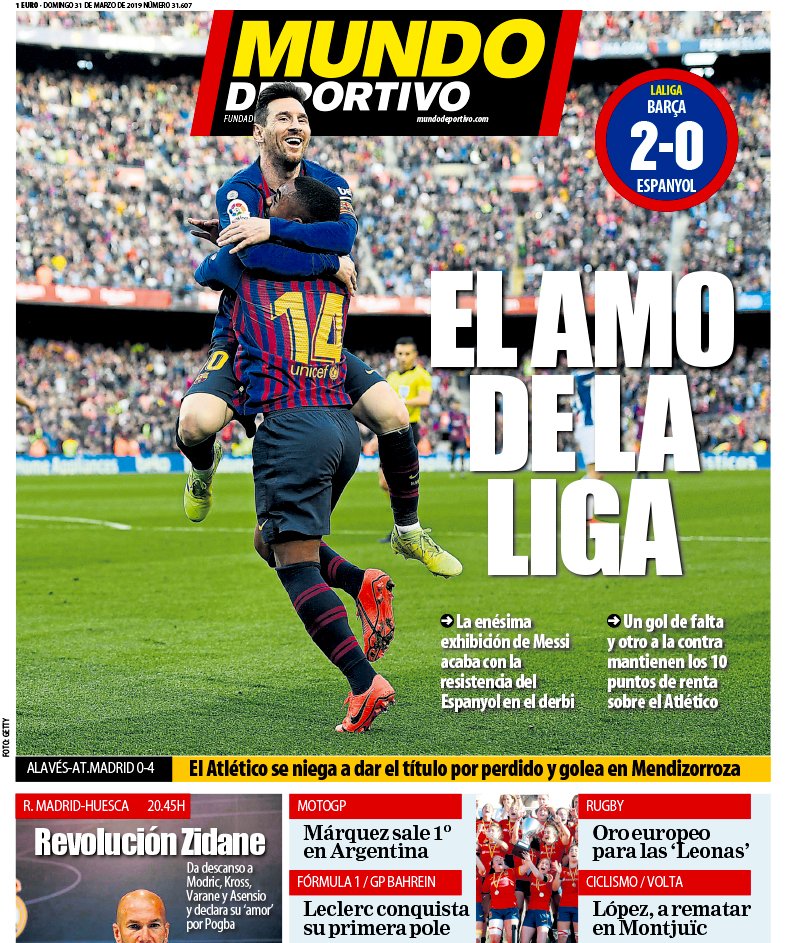 BARCELONA: The Master of the League - Yet another masterclass from Messi wins the Catalan derby against Espanyol. His brace in the 2-0 Nou Camp maintains their 10 point lead on second place Atletico Madrid.