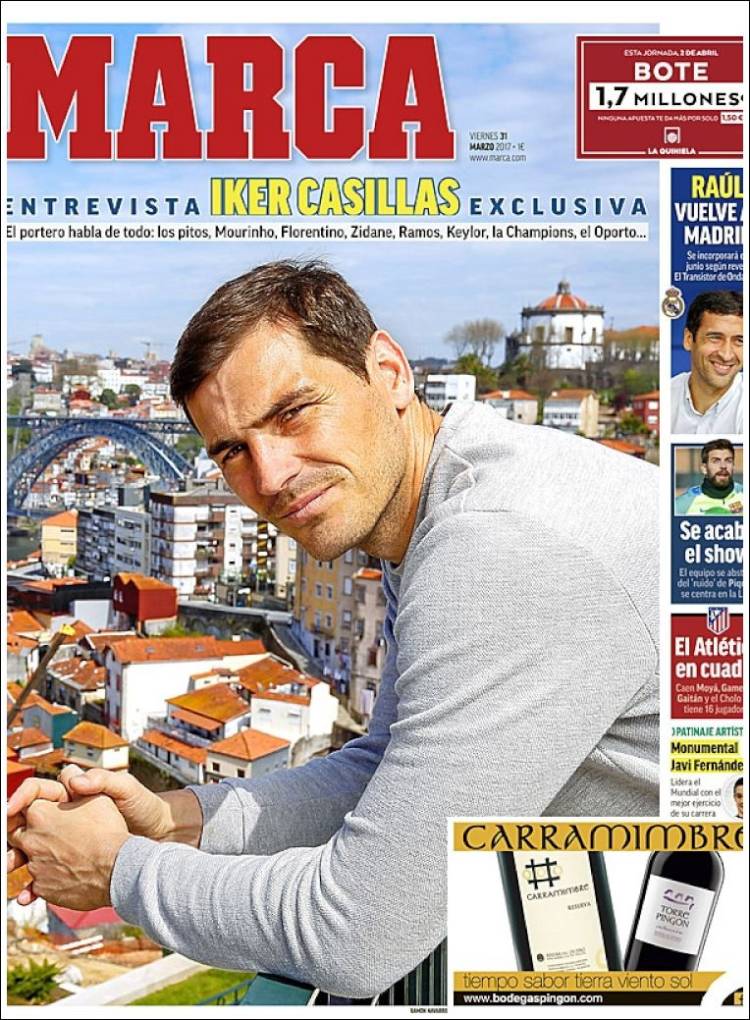 Raul returns to Madrid - to be incorporated in June, according to El Transistor

Atletico in the frame - Moya, Gameiro, Gaitan out, only 16 Atletico players 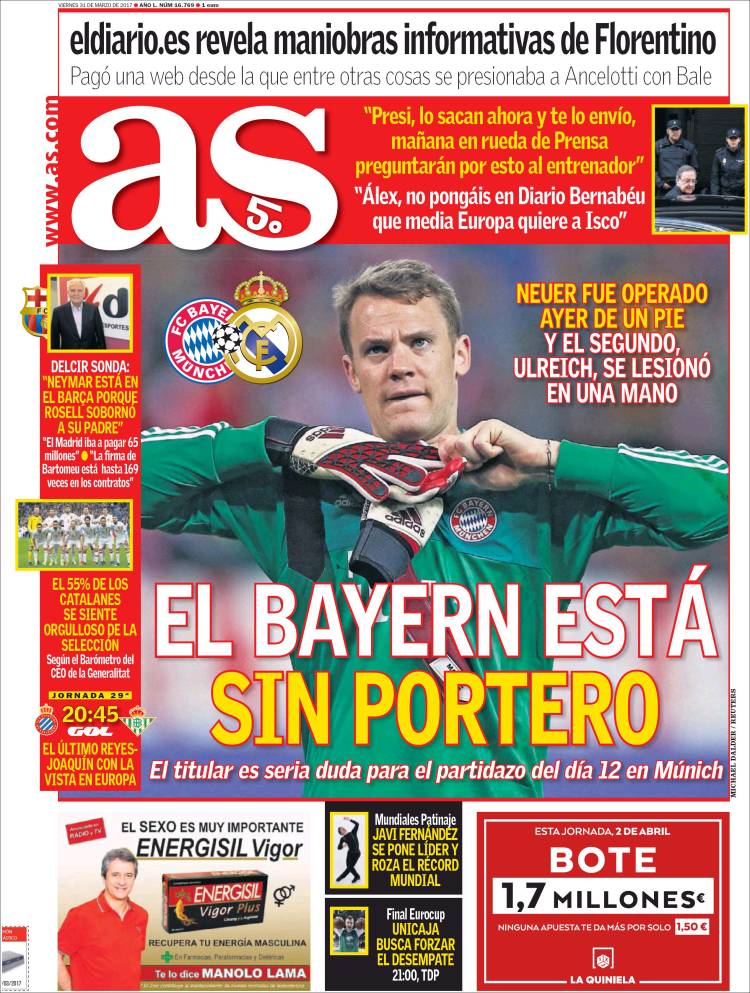 Bayern is without a goalkeeper

"Neymar is at Barca because Sandro Rosell bribed his father" - Madrid would have paid 65 million euros, Bartomeu's signature appears 169 times in the contract

The last Reyes-Joaquin duel with Europe in view 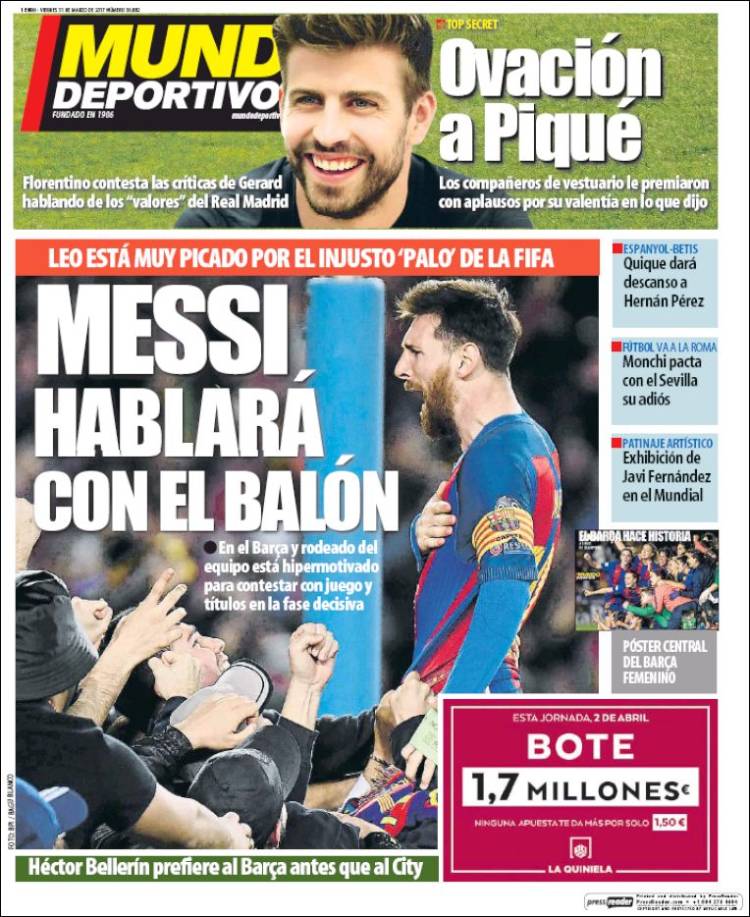 Messi to talk with the ball