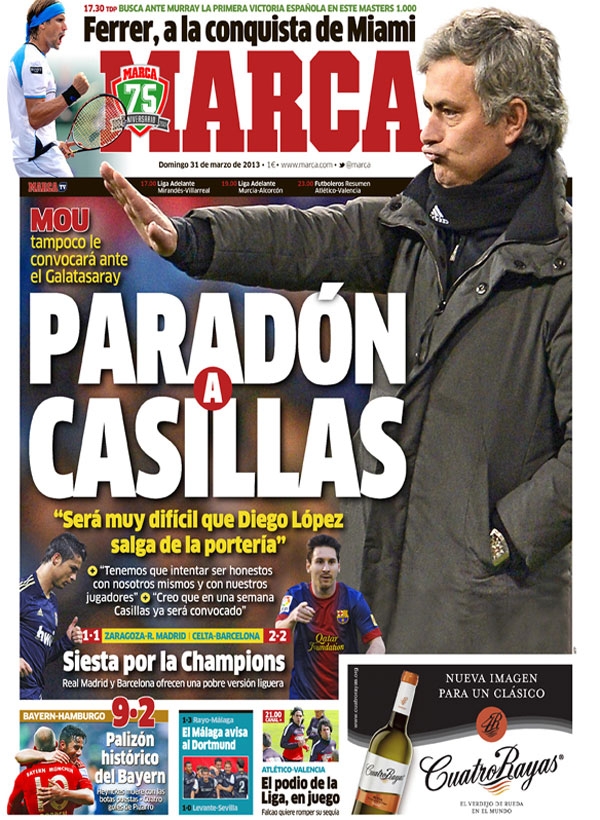 Mou, neither will he start against Galatasaray

Mou: "It will be difficult to drop Diego Lopez"
"We have to try and be honest with ourselves and with players"
"I think that in a week Casillas will be starting"
Siesta for the Champions
Real Madrid and Barcelona show a poor version of themselves
Bayern Munich 9-2 Hamburg
An historic beating from Bayern
Rayo 1-2 Malaga: Malaga give Dortmund a warning
Atletico v Valencia: Playing for a podium finish
Falcao wants to break his duck
Ferrer, the conquistador of Miama
Against Murray he is trying to record his first victory in the Masters 1000 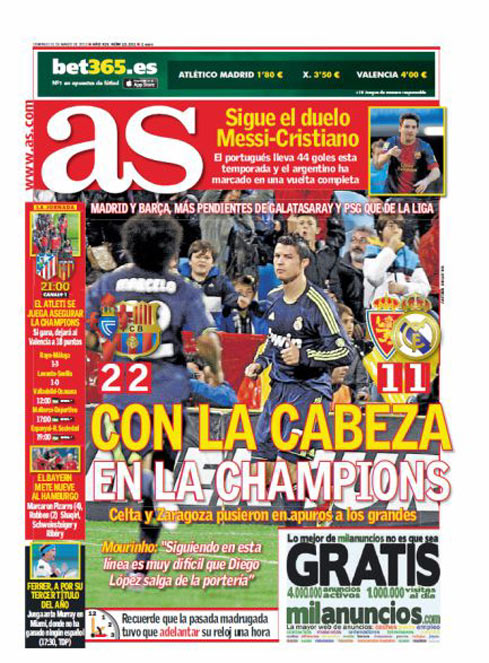 With their minds on the Champions League

Madrid and Barca thinking more about Galatasaray and PSG than La Liga
Celta and Zaragoza give the heavyweights problems
Mourinho: "Given his form it will be difficult to drop Diego Lopez"
Messi and Cristiano duel continues
The Portuguese now has 44 goals this seasons and the Argentine has now scored against every team
Atleti will be play to secure Champions League football
If they beat Valencia, they will be 18 points ahead of them
Bayern hit nine against Hamburg
Pizarro scores 4, Robben 2, Shaquiri, Schweinsteiger and Ribery all get one
Ferrer, going for his third title of the year
Plays against Murray in Miami, who not one Spanish player has beaten 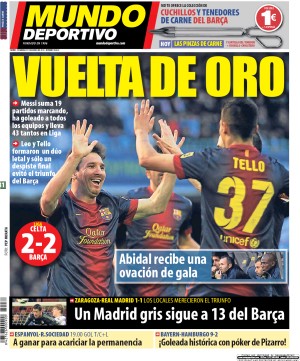 Messi now has scored in 18 games straight, has scored against every team and has 43 in La Liga
Leo and Tello form an explosive duo and just fall short of giving Barca victory
Abidal receives a standing ovation
A grey Madrid remain 13 points behind Barca
Bayern 9-2 Hamburg: An historic beating with Pizarro playing a leading role
Tennis: Ferrer, attempting to overcome Murray for the title in Miami