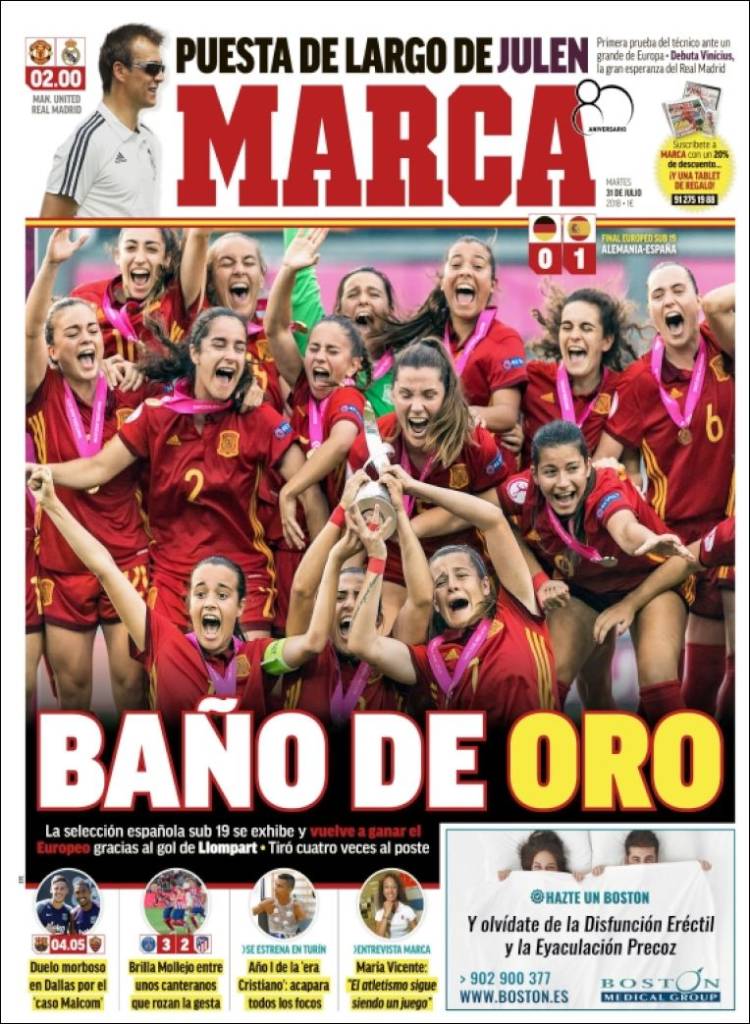 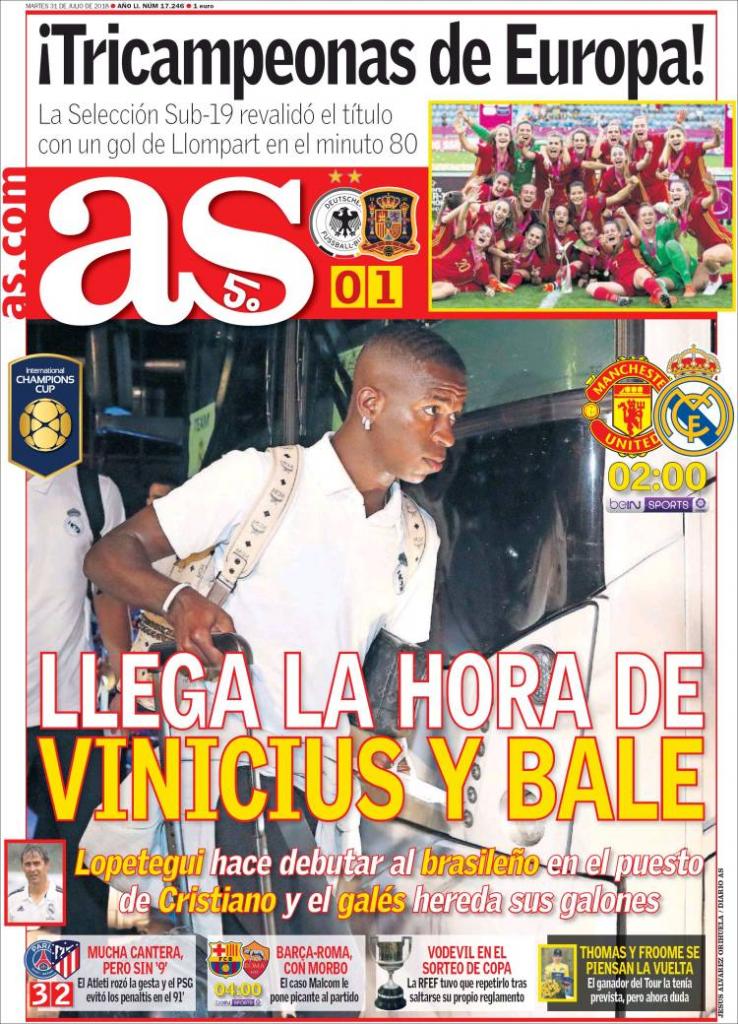 The time has come for Vinicius and Bale

Lopetegui debuts the Brazilian in place of Ronaldo, Bale inherits his stripes

A lot of youth players, but no 'number 9'

Barca-Roma morbo due to Malcom 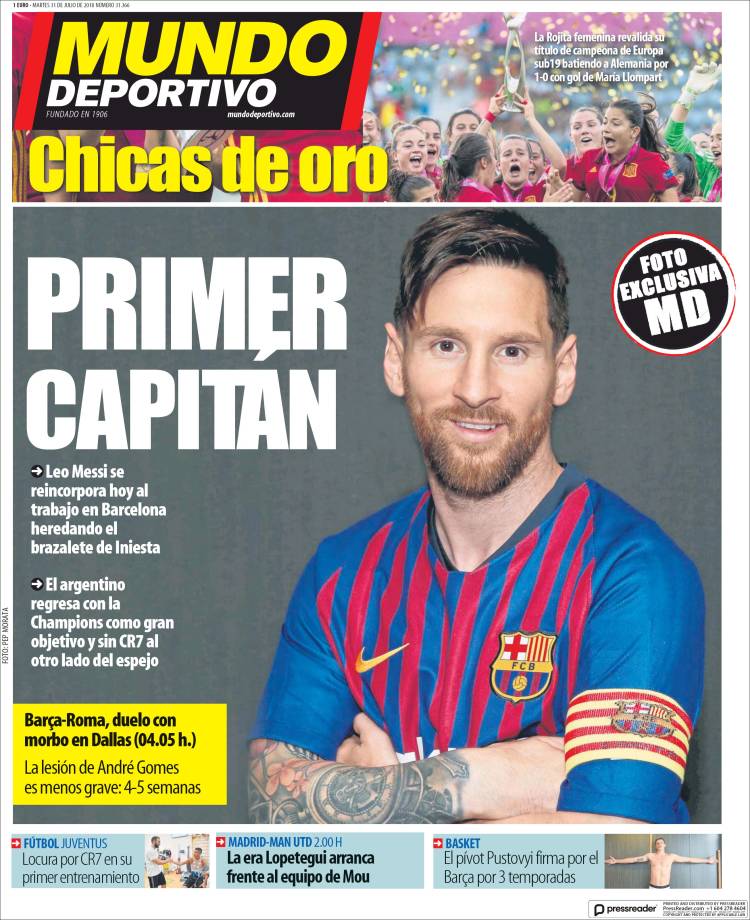 Crazy for Ronaldo in his first training session at Juve