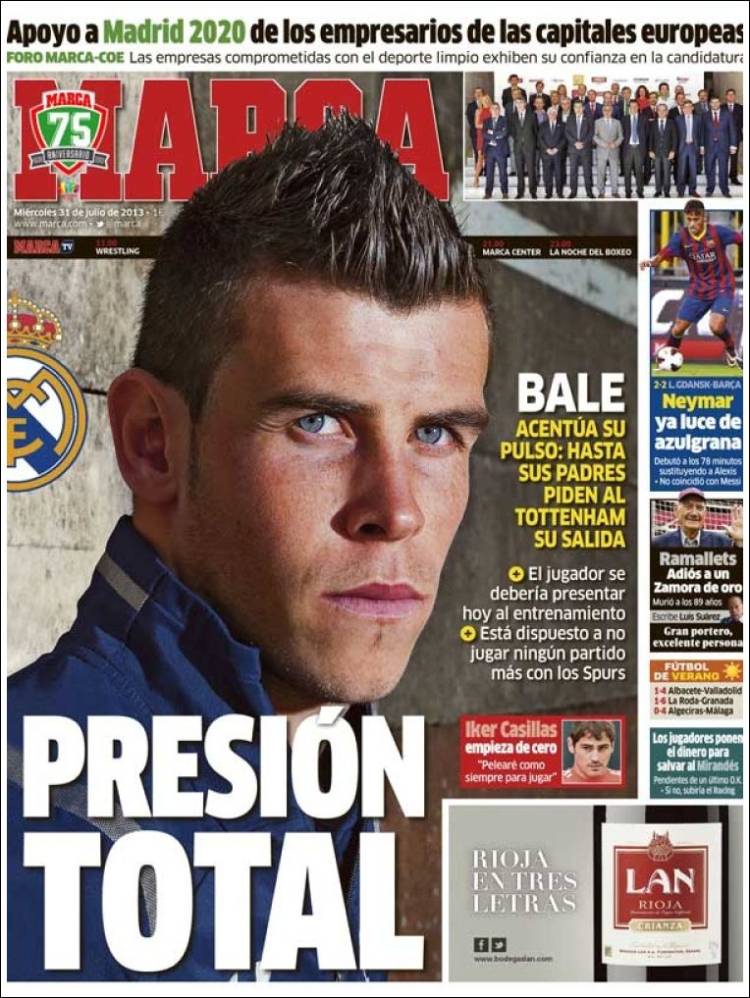 Bale makes it clear: His parents ask his club to let him leave

The player should be present today at training

He is likely not to play one more game with Spurs

Iker Casillas starts from zero: "I will fight like always"

Neymar already lighting up the Azulgrana

He debuts after coming on for Alexis after 78 minutes

He did not plazy with Messi

Ramallets: Goodbye to a golden Zamora 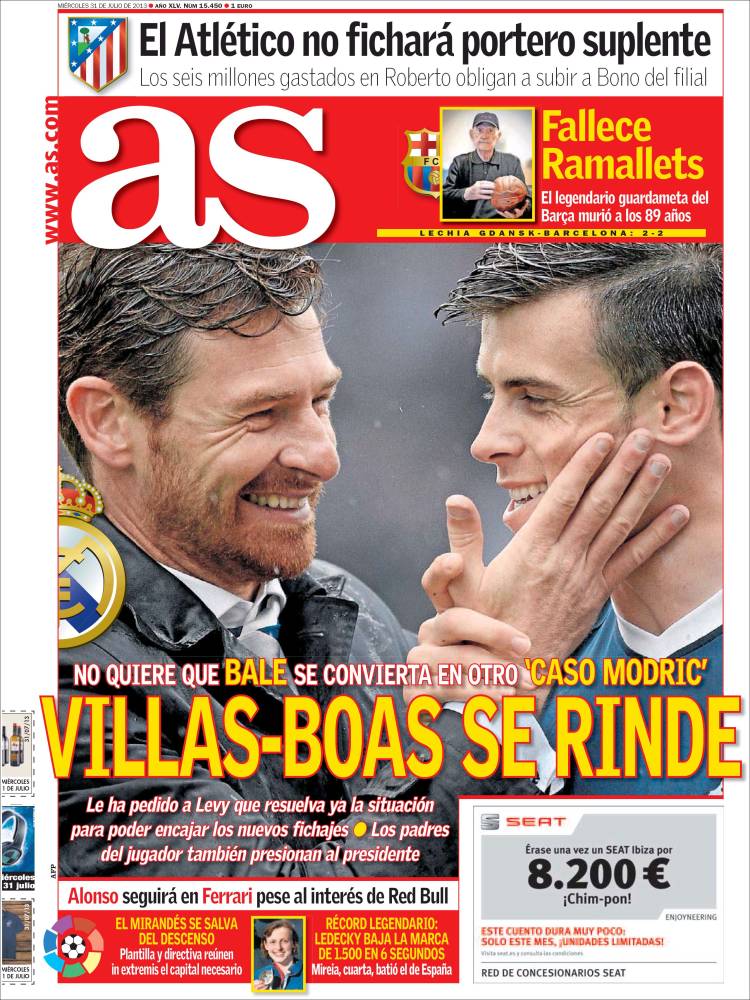 He does not want Bale to turn into another 'Modric case'

Bale's parents pressure the President to sell him

Alonso will continue with Ferrari despite interest from Red Bull

Mirandes is saved from extinction

Legendary record: Ledecky leaves for dead the record by six seconds in the 1500 m freestyle 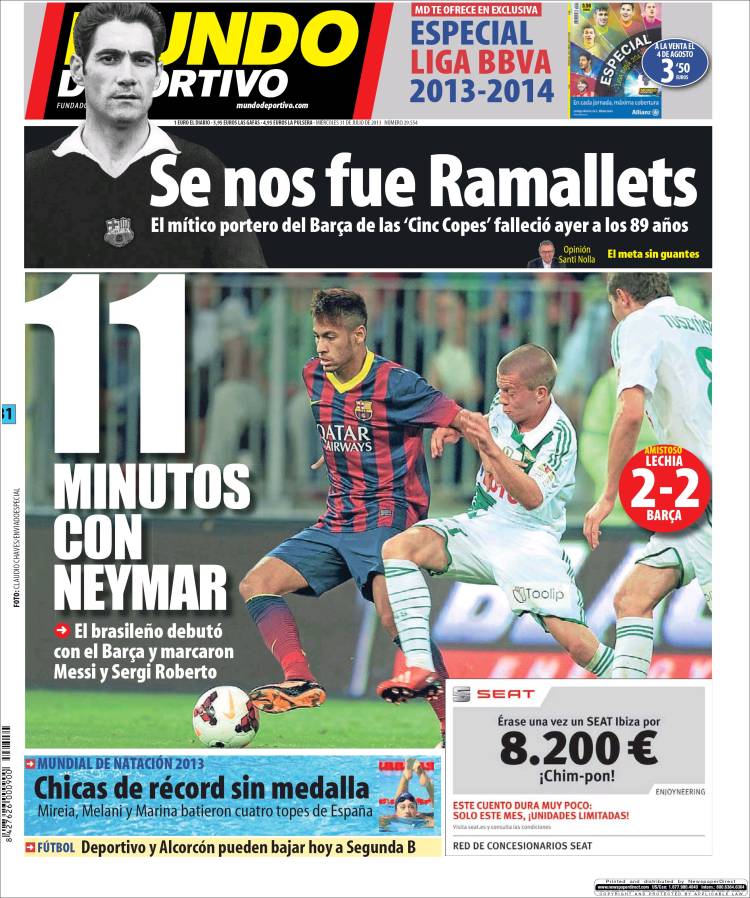 The Brazilian debuts with Barca and Messi and Sergi Roberto score

The former Barca keeper who was part of the 'Five Cups' side, passes yesterday at 89 years of age

Football: Deportivo and Alcorcon could be sent down to Segunda B today