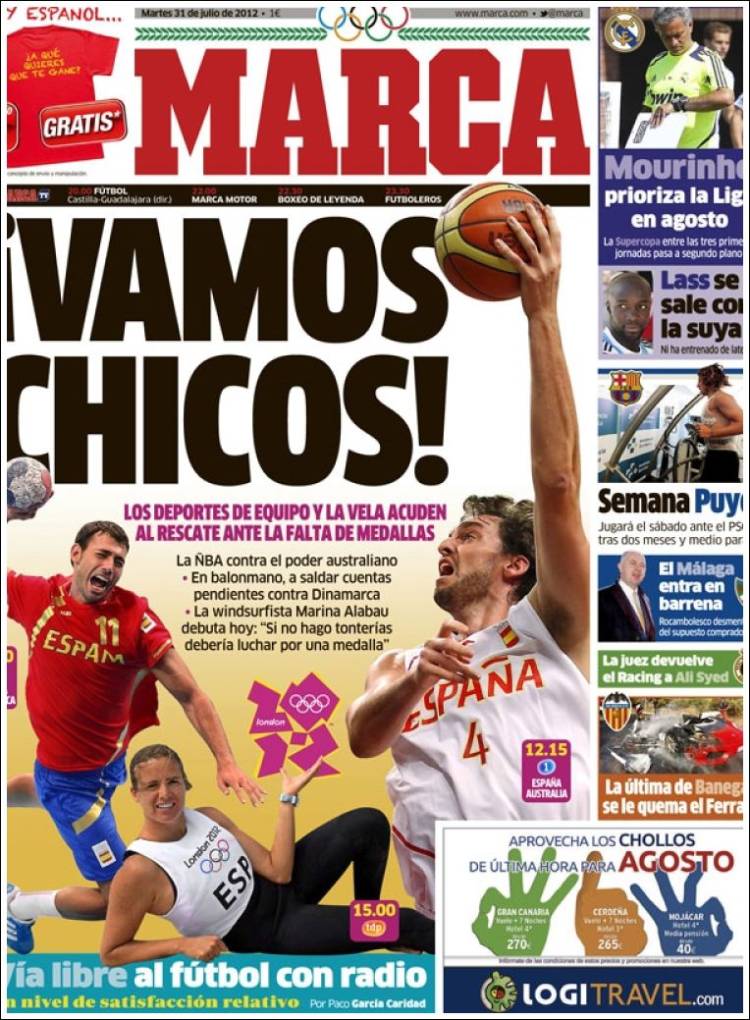 Mourinho prioritises La Liga in August: the Supercopa between the first three games is his Plan B

Lass gets his way

Puyol's week: he will play on Saturday against PSG 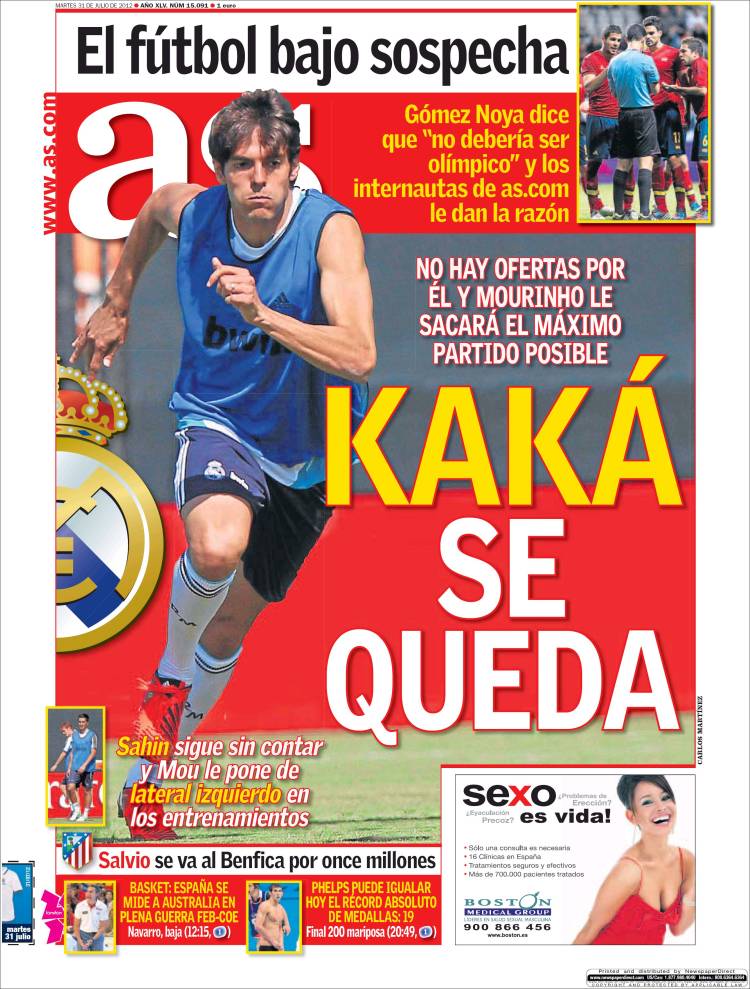 Kaka stays: there have been no offers and Mourinho will make maximum use of him

Salvio goes to Benfica for €11m 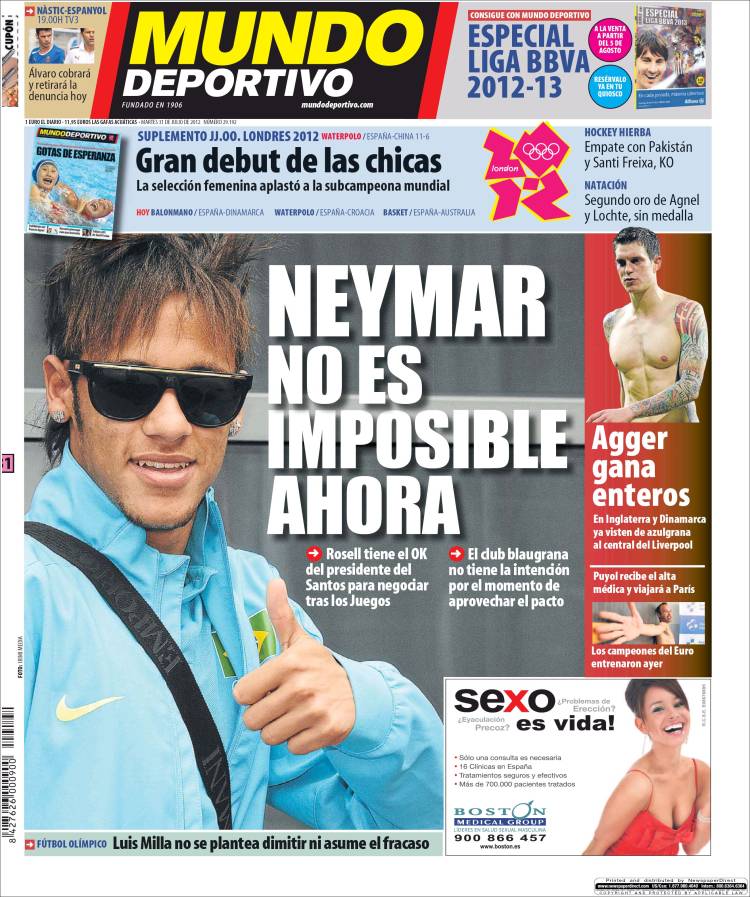 Neymar: it is not impossible now

Agger gaining momentum: in England and Denmark they have already dressed the Liverpool centre-back in a Barcelona shirt

Olympics: Luis Milla does not plan to resign or take the blame for the failure