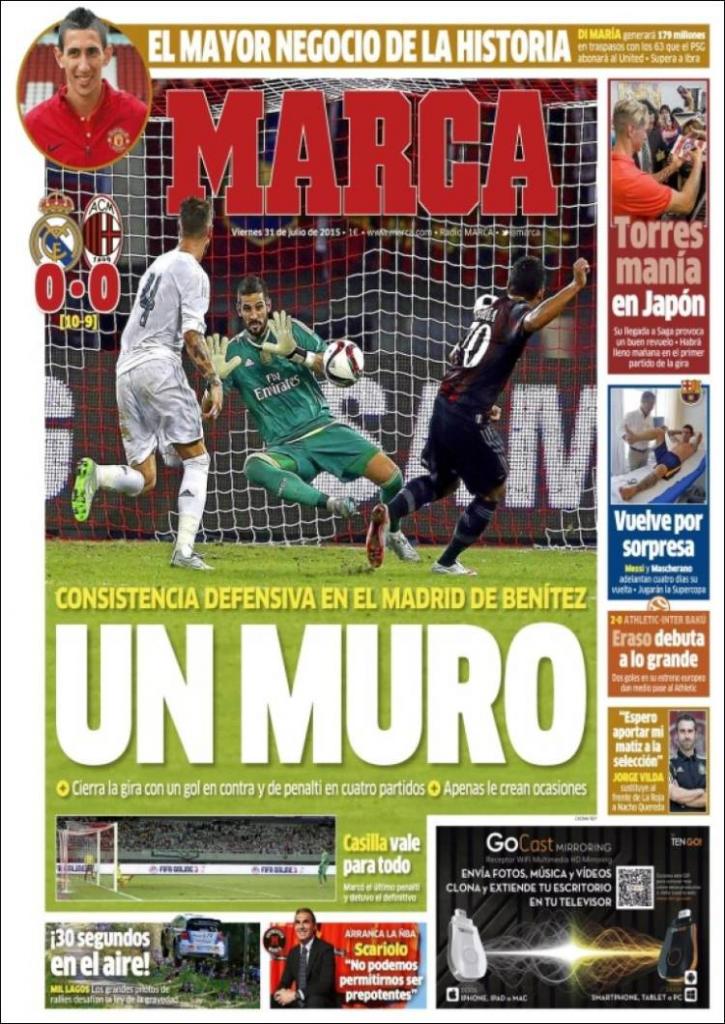 Scored Madrid’s last penalty and saved the last one

The biggest deal in history

His arrival in Saga caused a stir

They will play in the UEFA Super Cup

Two goals put Athletic half way into the playoffs

“I hope to make my mark on Spain” 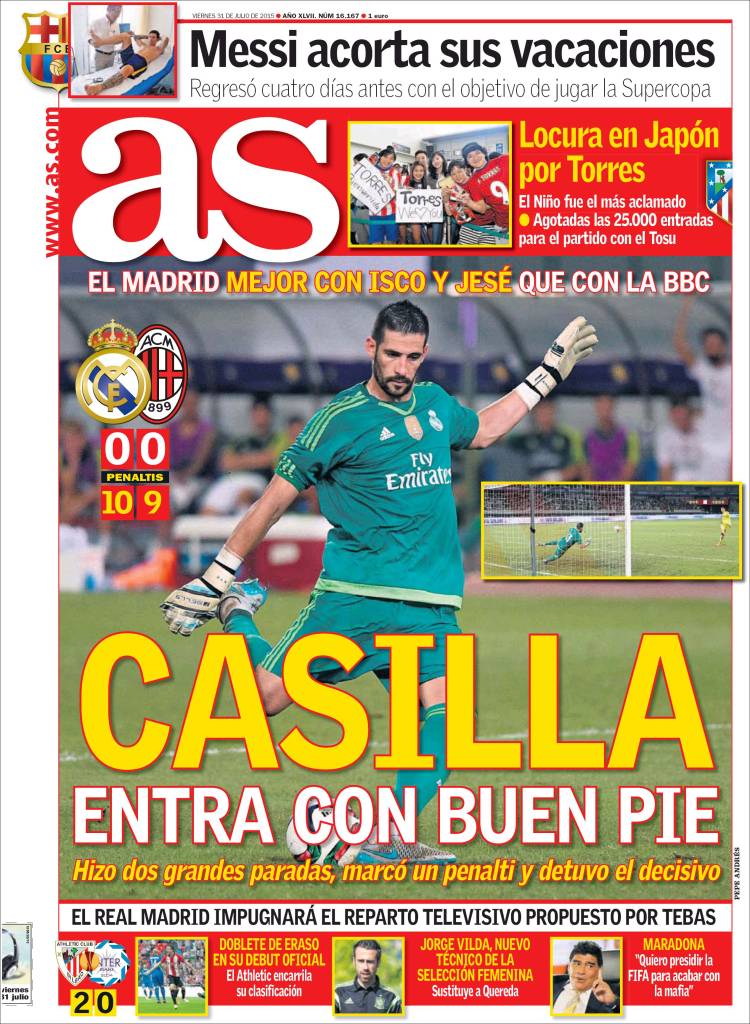 Casilla starts on the right foot

He made two great saves, scored a penalty and saved the decisive one

Madrid better with Isco and Jese than the ‘BBC’

Madness in Japan for Torres

El Nino was the most acclaimed

All 25,000 tickets for the match in Tosu have been sold

Madrid will challenge the TV rights deal proposed by Tebas

Eraso brace on his official debut

Athletic heading for the playoffs

Maradona: “I want to preside over FIFA in order to end the mafia” 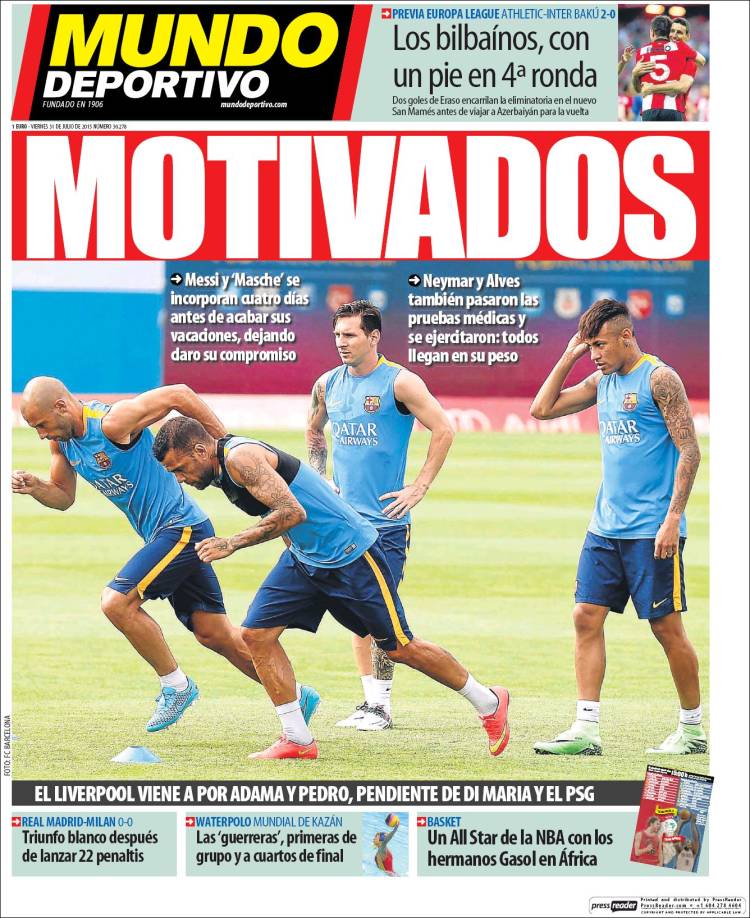 Messi and Mascherano return four days before the end of their holiday, making clear their commitment

Atletico put one foot in the playoffs

Liverpool in for Adama and Pedro, Di Maria to PSG pending