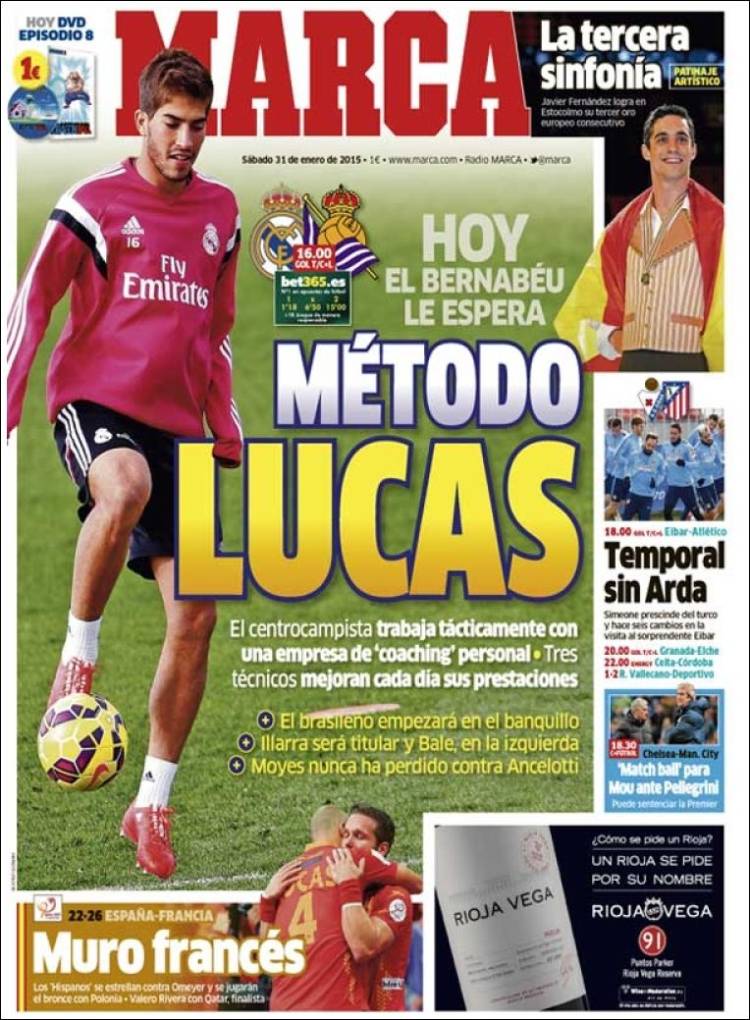 The Bernabeu waits for him today

The central midfielder works tactically with a personal ‘coaching’ company

The Brazilian will begin on the bench

Illarra will start, with Bale on the left

Moyes has never lost against Ancelotti

Temporarily without Arda: Simeone will do without the Turk and makes six changes for the visit of the surprising Eibar

‘Match ball’ for Mou against Pellegrini: it could seal the Premier League 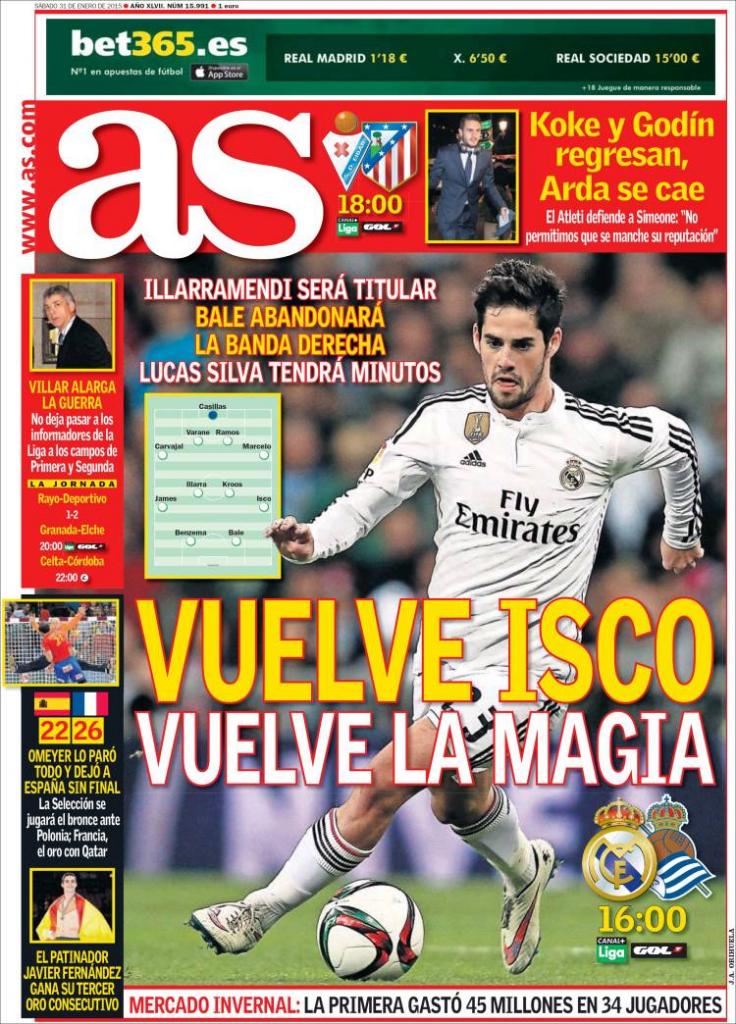 Bale will abandon the right wing

Lucas Silva will get minutes

Koke and Godin return, Arda out

Atleti defend Simeone: “We won’t allow his reputation to be smeared”

Villar steps up the war: he won’t let La Liga journalists into Primera and Segunda stadiums 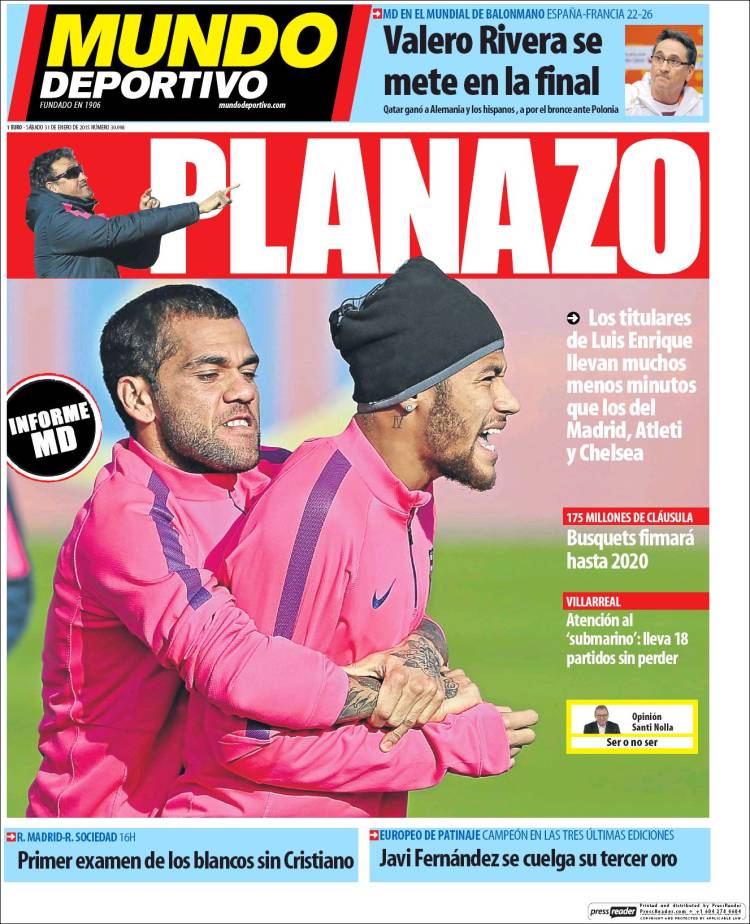 Luis Enrique’s first-choice players will get a lot less minutes than those at Madrid, Atleti and Chelsea

Watch out for the ‘submarine’: they’ve gone 18 games without losing