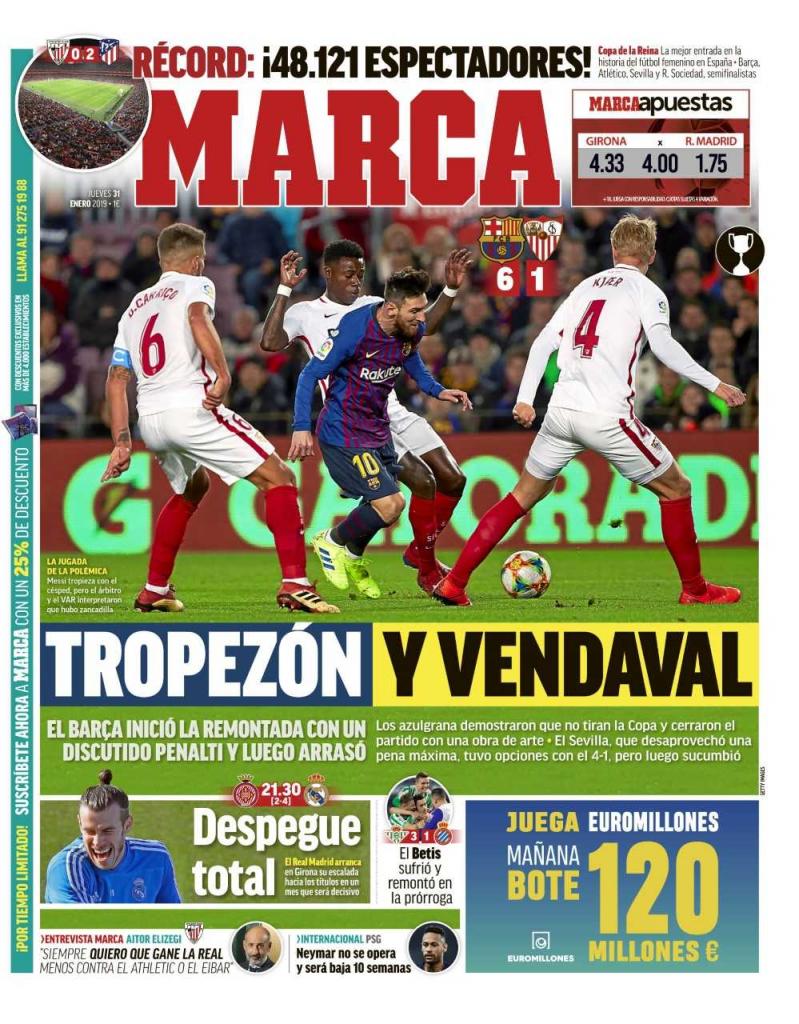 Barcelona - Barca start with a disputed penalty against Sevilla, but go on to dominate.

Real Madrid - Ready for take off, as they face Girona in the Copa del Rey tonight. 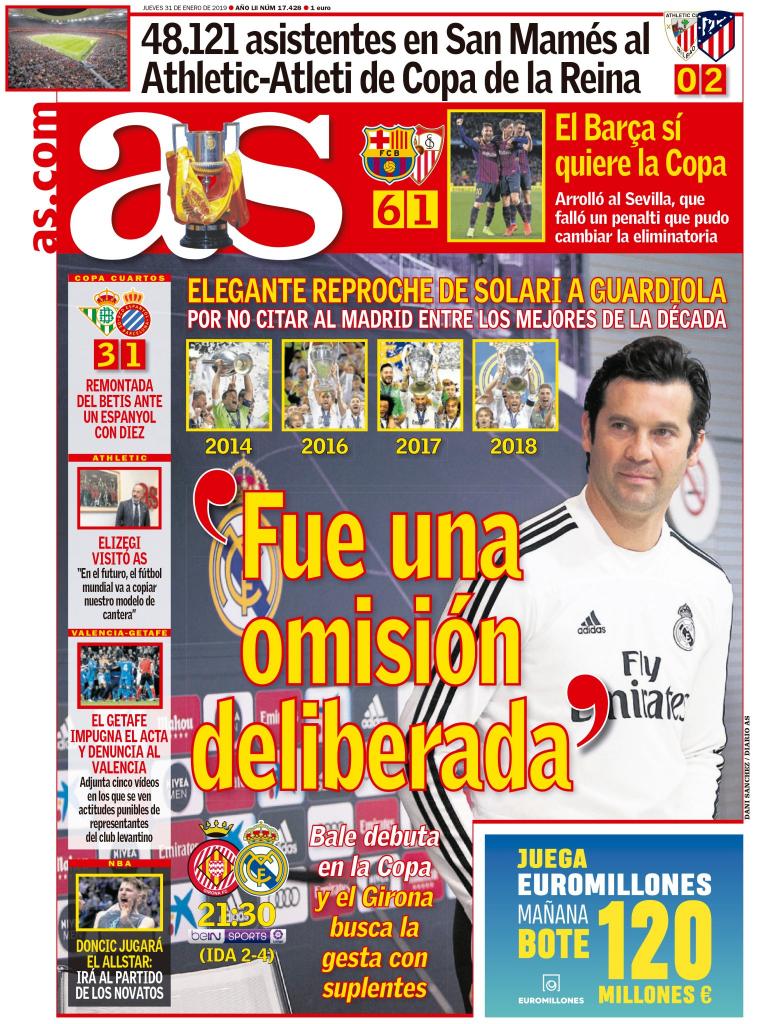 Barcelona - Barca wants the cup, after early penalty helps to eliminate Sevilla in a 6-1 win.

Real Madrid - 'It was a deliberate omission' - Bale set to start against Girona after a goal scoring appearance off the bench at the weekend. 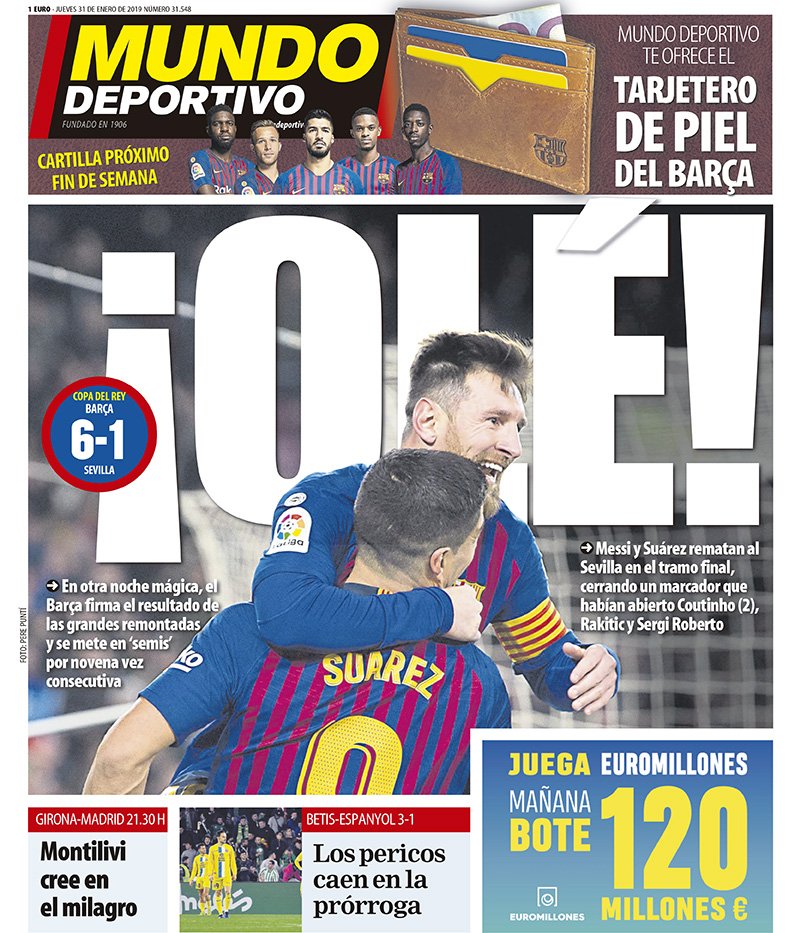 Barcelona - Messi and Suarez see off Sevilla in the Copa del Rey quarter final, after goals from Coutinho x2, Rakitic and Sergi Roberto. Another night of magic sees a huge comeback for Barca, as they qualify for the semi finals for the ninth consecutive season.