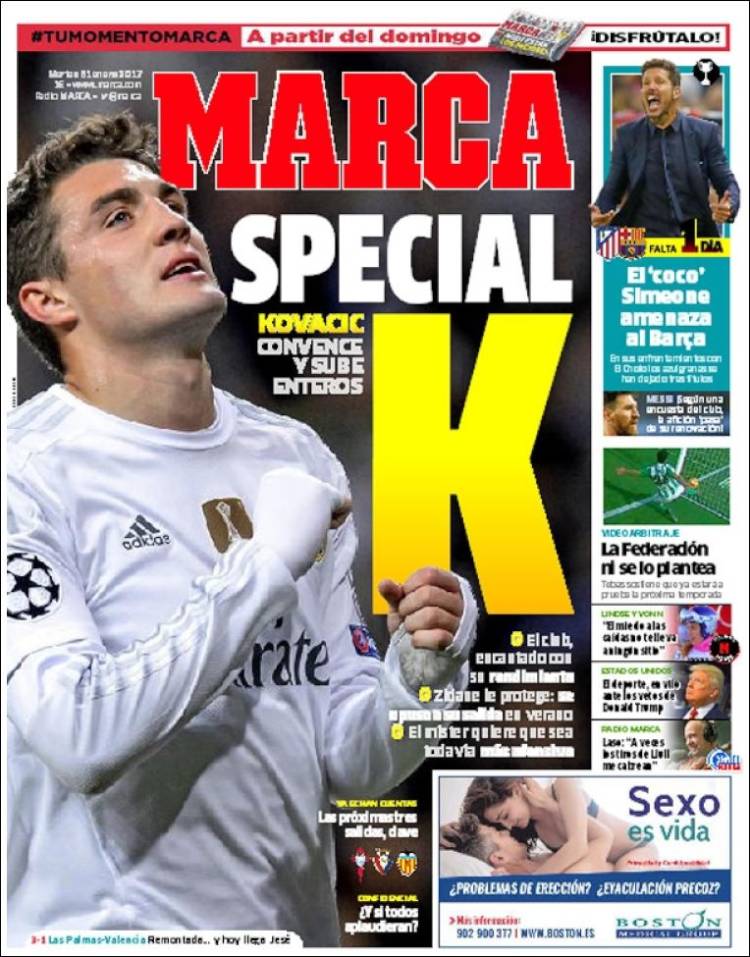 The club is delighted with his progress, Zidane protects him, opposed a departure last summer and wants him to be even more offensive 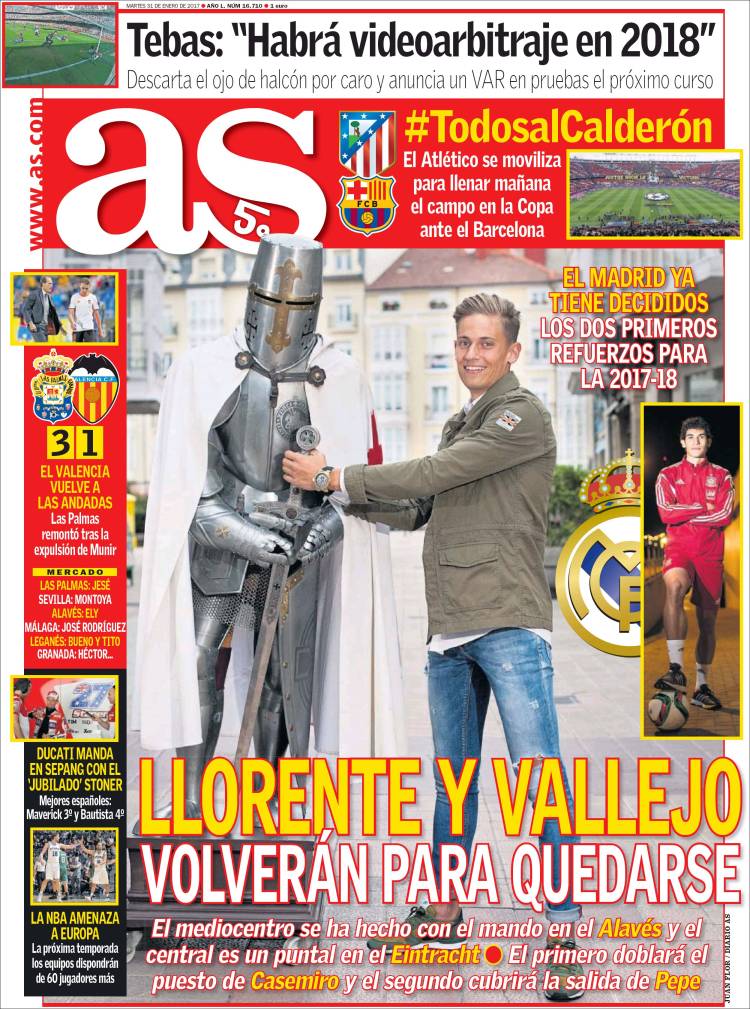 Llorente and Vallejo will return to stay

Real Madrid have already decided on the first two reinforcements of 2017/18, the central defenders currently at Alaves and Eintracht Frankfurt

Tebas: There'll be video technology in 2018 - discards hawkeye in favour of expensive equipment 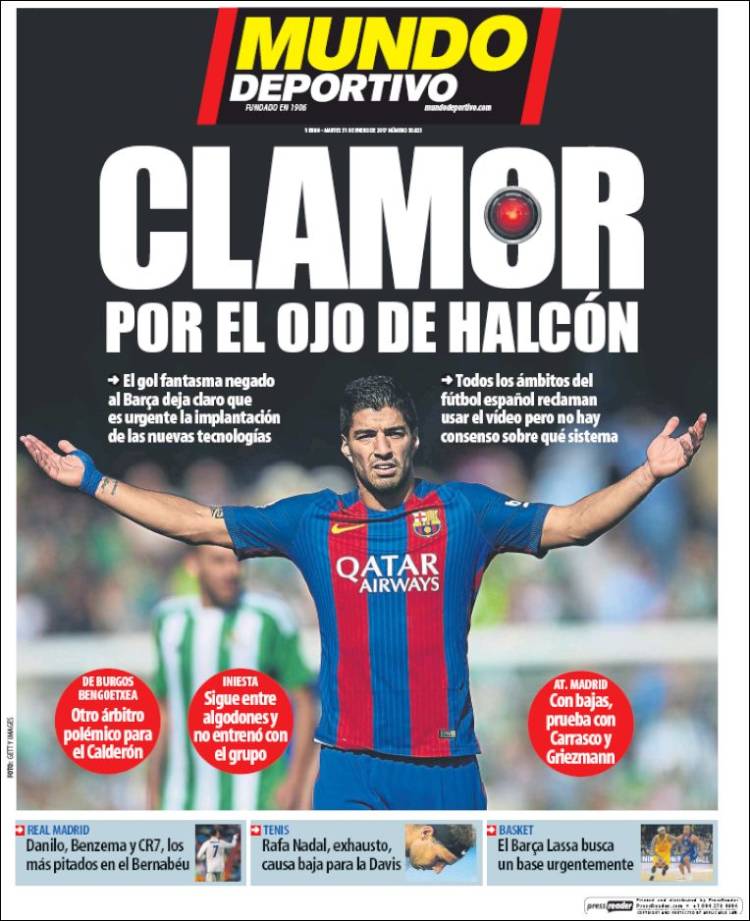 Another controversial referee selected for the Calderon - Burgos Benguetxa

Atleti with injuries, to test Carrasco with Griezmann

Danilo, Benzema and Ronaldo - the most hissed in the Bernabeu