Today's front page headlines from Marca, AS and Mundo Deportivo… 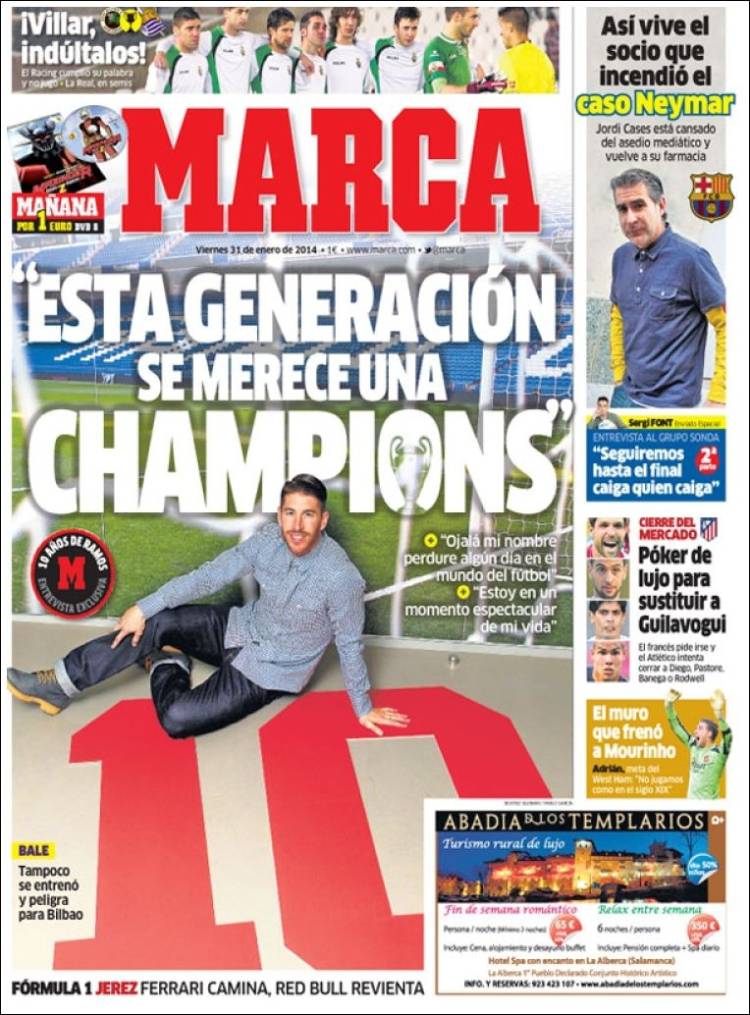 "Hopefully my name will live on in the football world"

"I am in a great moment of my life"

Racing keep to their word and do not play

The member who sparked the Neymar scandal

Sergi Font: "We will continue until the final, who falls, falls"

The closing of the market: Luxury poker game as a replacement for Guilavogui is searched for

The Frenchman asks to leave the club as Atletico try to close deals on Diego, Pastore, Banega and Rodwell

The wall that stopped Mourinho

Adrian, the West Ham hero: "We do not play football from the 19th century" 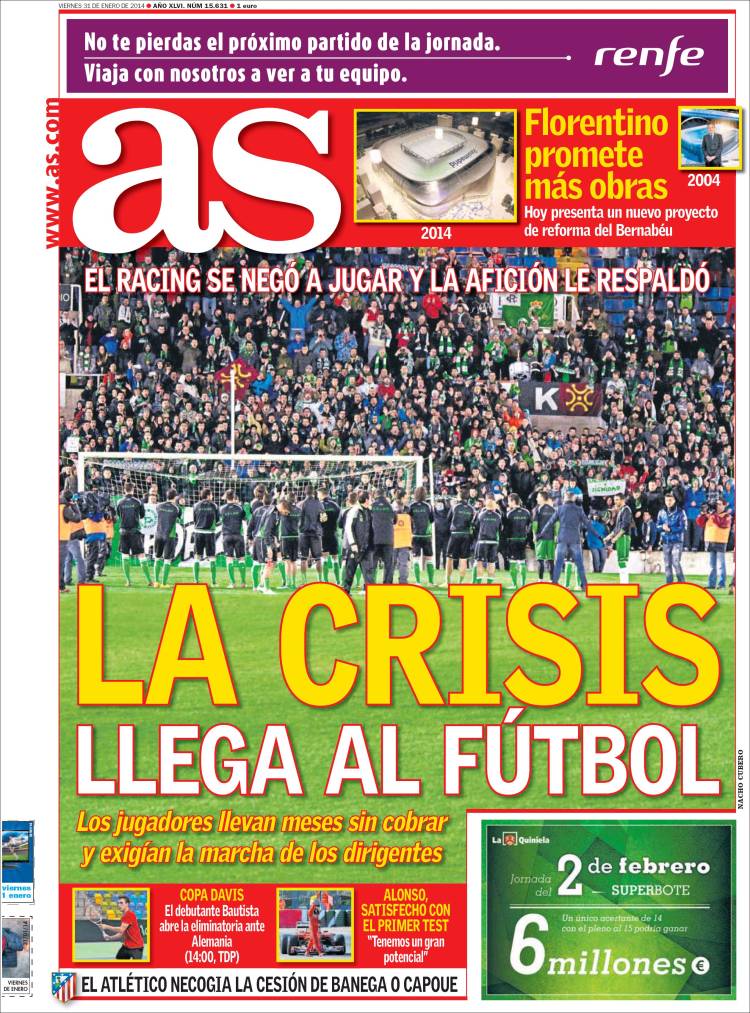 The crisis now makes its way to football

Racing refuse to play and their fans back them

Today he presents his new project to reform the Bernabeu

Alonso, satisfied with the first test: "We have great potential"

Atletico negotiating with Banega and Capoue 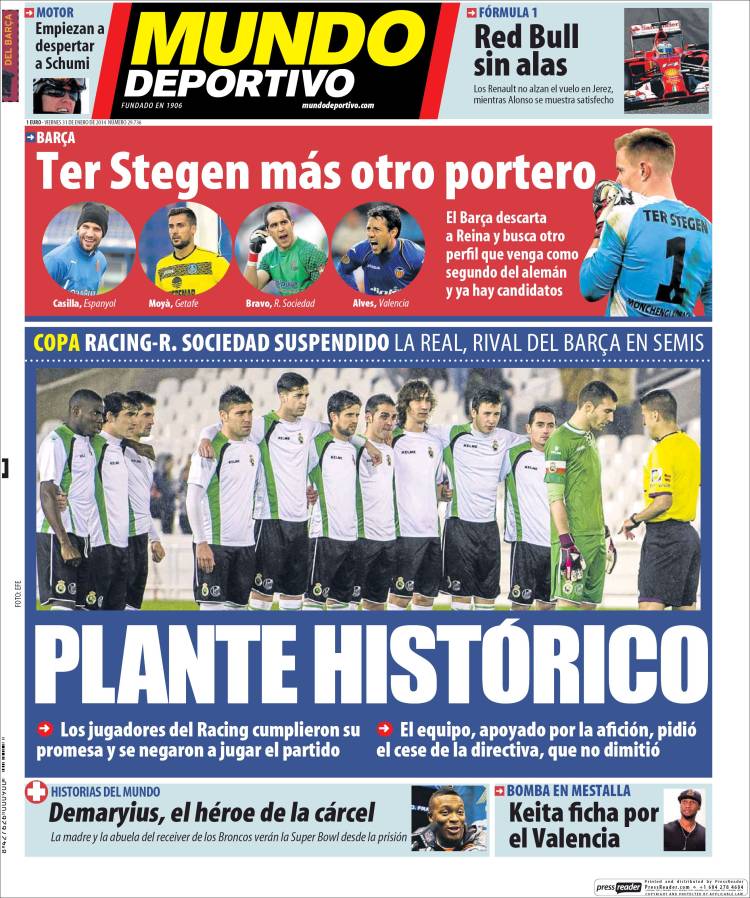 Racing players fulfil their promise by not playing

The team, supported by their fans, ask for the resignation of the directors

Ter Stegen and another goalkeeper

Casilla of Espanyol, Moya of Getafe, Bravo of Real Sociedad or Alves of Valencia

The Renaults do not impress in Jerez while Alonso is happy