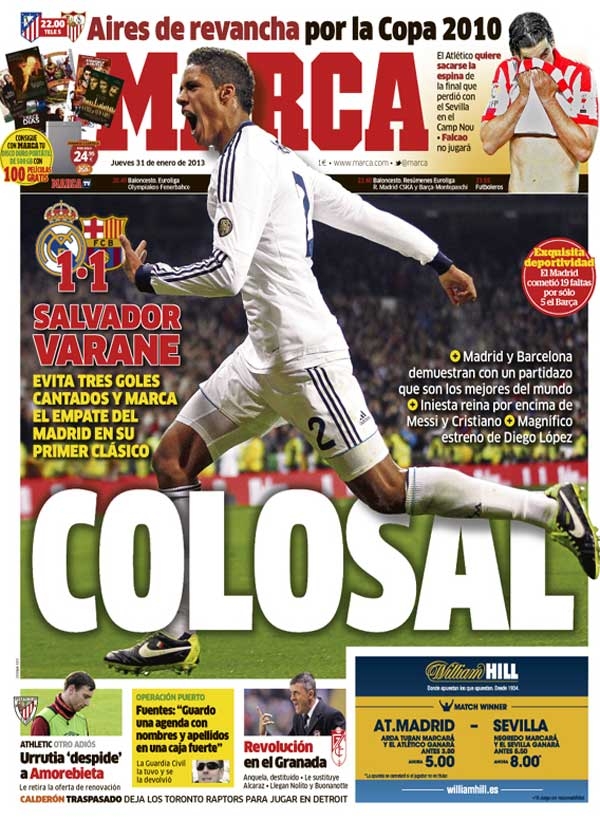 Varane the savour; He prevents three goals and scores for Madrid in his first Clasico

Revenge is in the air from the 2010 Copa: Atletico want to pay back Sevilla for the final they lost in Camp Nou; Falcao will not play

Athletic, more goodbyes: Urrutia to get rid of Amorebieta as he decides not to offer him a new contract

Revolution in Granada: Anquela, destitute; He is substituted for Alcaraz; Nolito and Buonanotte arrive

Operation Puerto, Fuentes: "I keeo names and surnames in a diary that is in a safe place" 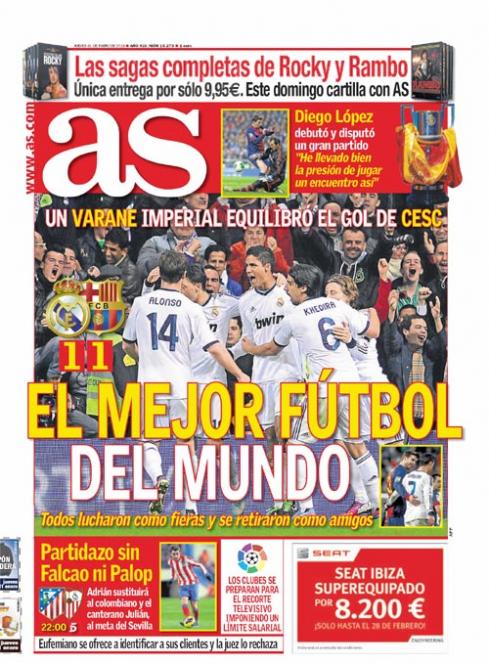 The best football in the world

Everyone fights wildly and then end the game as friends

Diego Lopez debuts and plays a great game: "I have done well to deal with the pressure in a meeting such as this"

A great game but without Falcao and Palop: Adrian will take the Columbian's place and youth player Julian to come in for Sevilla

Eufemiano offers to identify his clients and the judge rejects it 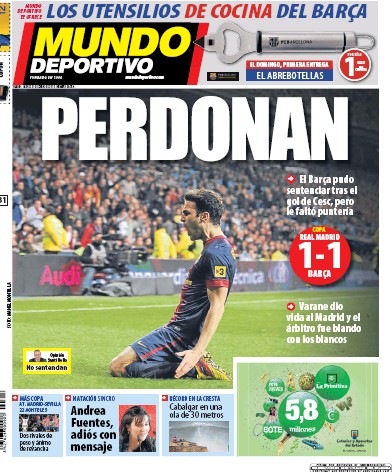