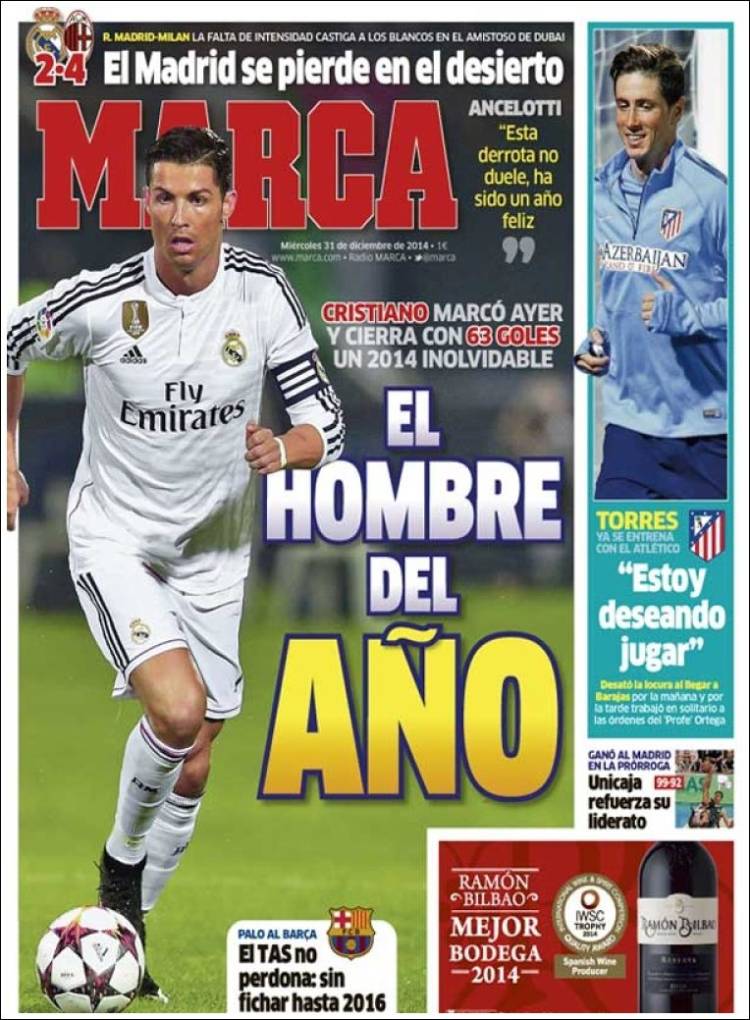 The Man of the Year

Cristiano scored yesterday and closed 2014 with an unforgettable 63 goals

Madrid lose in the desert

Ancelotti: “This defeat doesn’t hurt, it’s been a happy year”

Blow for Barca: CAS doesn’t forgive, without signings until 2016

Torres is already training with Atletico 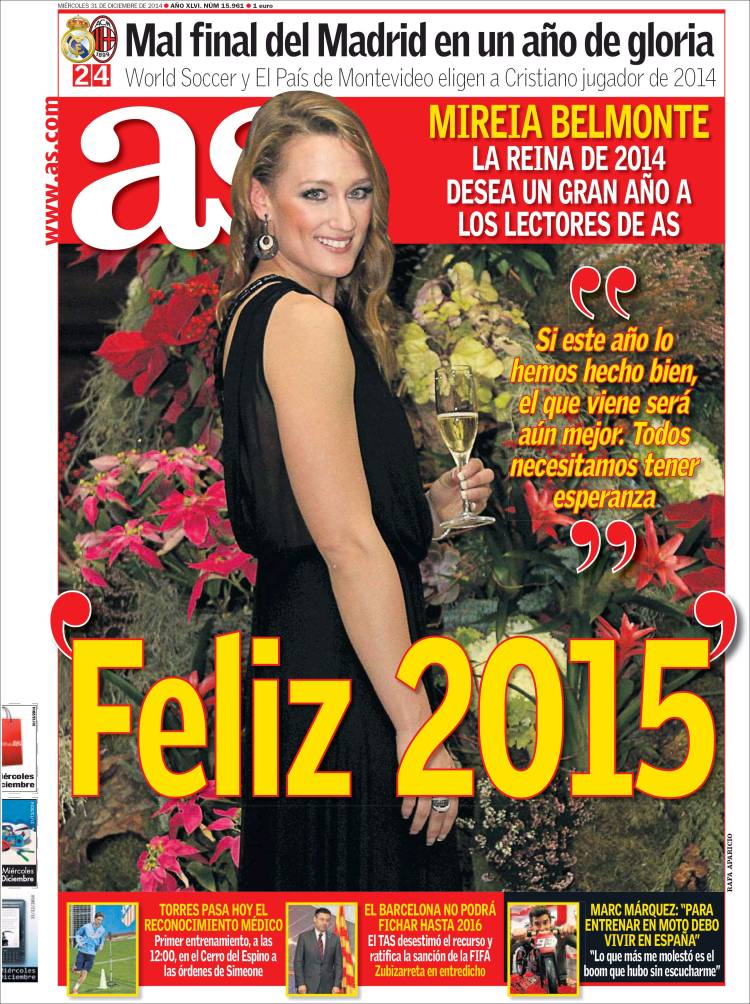 Bad end to a year of glory from Madrid

Zubizarreta under a ban 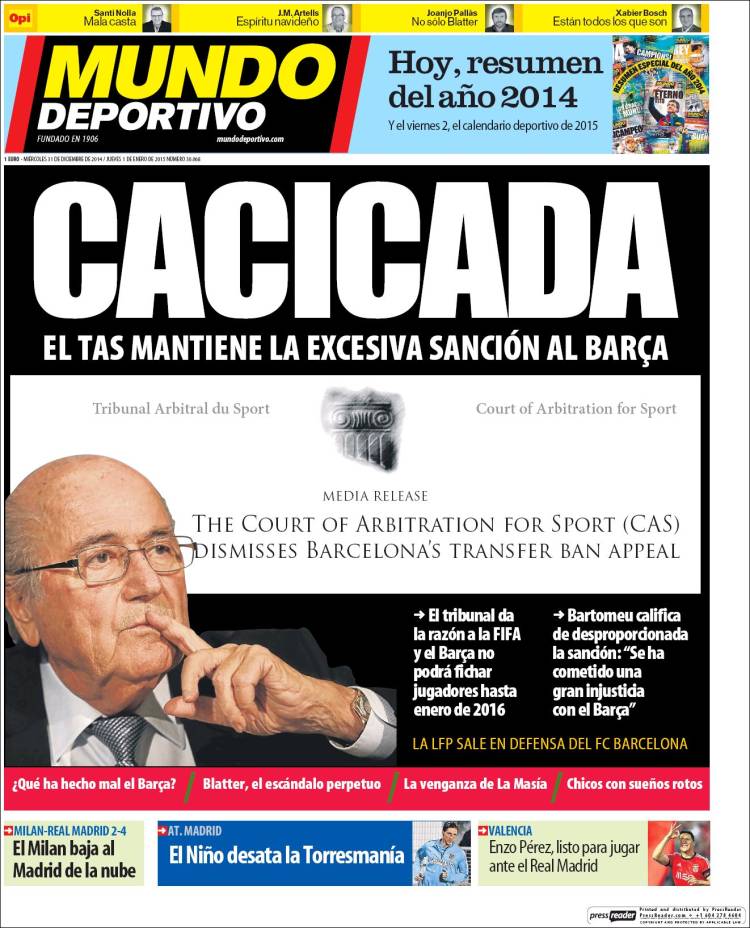 Bartomeu describes the ban as disproportionate: “They have committed a great injustice with Barca”

The LFP comes out in defence of Barcelona

What have Barca done badly?

The revenge of La Masia

Milan-Real Madrid 2-4: Milan bring down a Madrid in the clouds