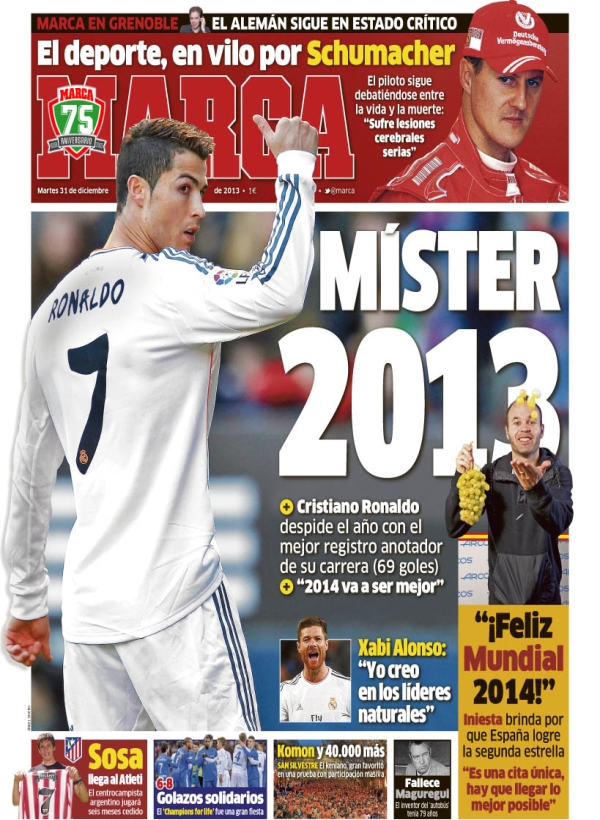 Mister 2013
Cristiano Ronaldo ends the year with the most goals ever in his career (69 goals)
"2014 will be the best", he says
Xabi Alonso: "I believe in natural leaders"
Happy New Year
Iniesta toasts that Spain will add a second star
"It is a unique moment and we will have to arrive in the best possible shape"
The sporting world on tenterhooks for Schumacher
The driver is still fighting for his life: "He has suffered serious brain injuries"
Sosa arrives at Atleti
The Argentine midfielder will play in six months 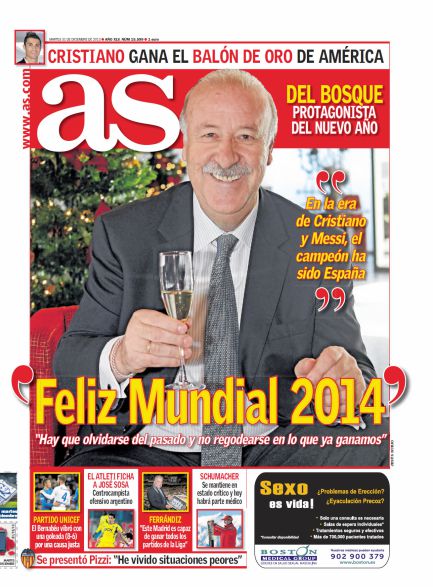 "Happy 2014", Del Bosque
"We have to forget that last year and not rest on our laurels for what we have already won"
"In the era of Cristiano and Messi, the champion has been Spain"
Cristiano wins the Balon d'Or of America
Partido Unicef: The Bernabeu shook with a goal-scoring exhibition (8-6) for a good cause
Atleti sign Jose Sosa, the attacking Argentine midfielder
Ferrandiz: "This Madrid is capable of winning every game in La Liga"
Schumacher remains in a critical state
Pizzi is presented: "He have lived through worse situations" 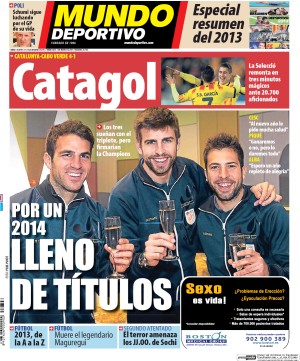 For a 2014 full of titles
Cesc: "In the New Year I ask for good health"
Pique: "We will win or not, but, we will give everything"
Alba: "I hope for a New Year full of happiness"
The three champions' dream for the New Year
Poli: Schumi continues to fight for his life
Football: 2013, A to Z
Football: The legendary Maguregui dies