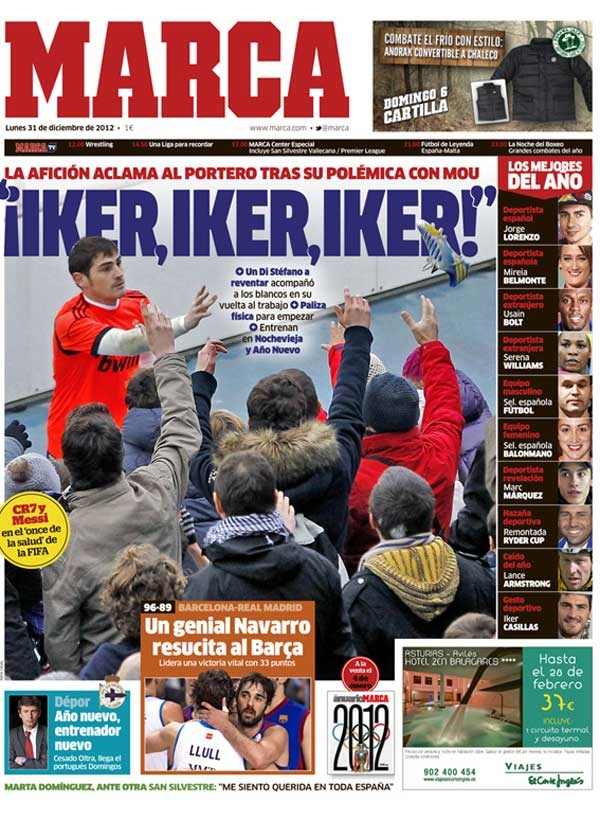 The fans cheer the keeper after his controversy with Mou

Oltra relieved of his position, arrives in his place is Portuguese Domingos

Fantastic Navarro resues Barcelona: he leads his side to a great victory with 33 points

Marta Dominguez, before another San Silvestre: “I feel wanted in all of Spain” 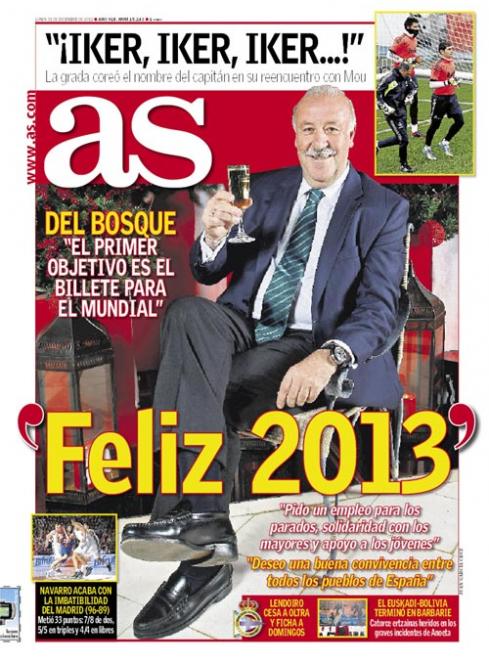 Del Bosque: “The first objective is to book the ticket to the world cup”

Del Bosque: “Feliz 2013…. I ask for employment for the unemployed, solidarity with the elders and support for the young”

Del Bosque: “I wish for a great co-existence between all the villages of Spain” 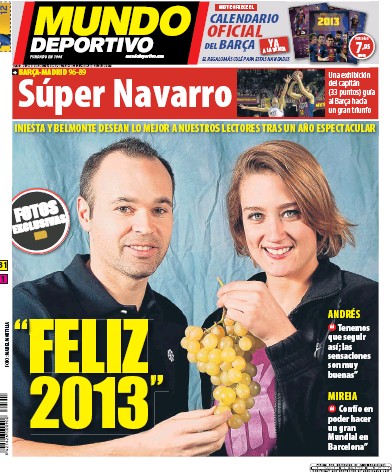 Iniesta: “We have to continue like so, the feelings are great”

Belmonte: “I am confident in being able to have a great world cup in Barcelona”