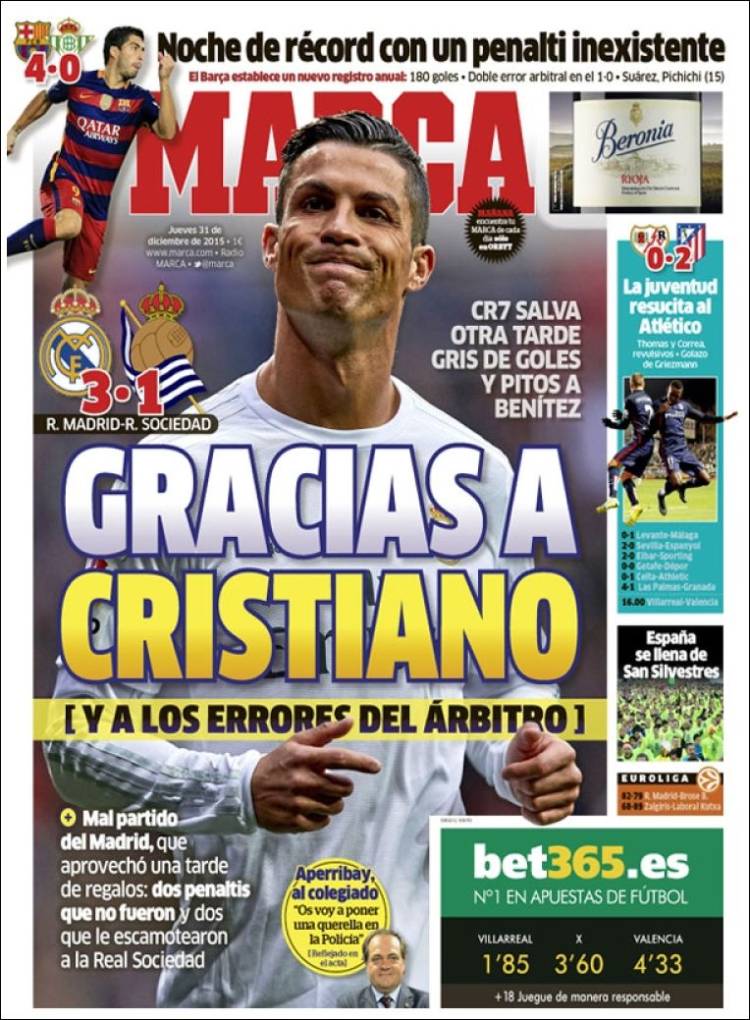 (And the referee for his mistakes)

CR7 saves another grey afternoon of boos for Benitez

Poor display from Madrid, who took advantage of a gift: two penalties which were not and two which would sneak them past Real Sociedad

“I’ll put in a complaint to the police”

Double refereeing error in the 1-0

Thomas and Correa with the wake-up call 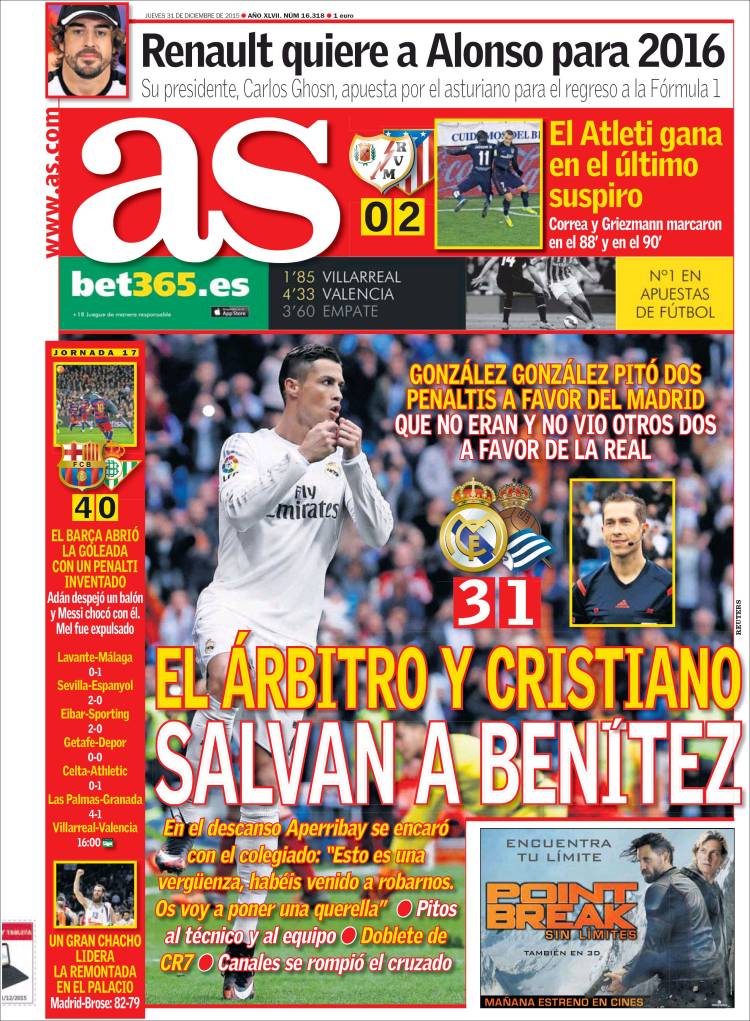 The referee and Cristiano save Benitez

Gonzalez Gonzalez blew for two penalties in Madrid’s favour, which were not, and did not give two to La Real

At half-time, Aperribay faced the referee: “This is a disgrace, you’ve come to rob us. I’m going to put in a complaint.”

Boos for the Coach and squad

CR7 with a brace

Atletico win with their last breath

Correa and Griezmann score in the 88th and 90th minute

Barca open the scoring with a penalty

Adan cleared a ball and collided with Messi, Mel was expelled 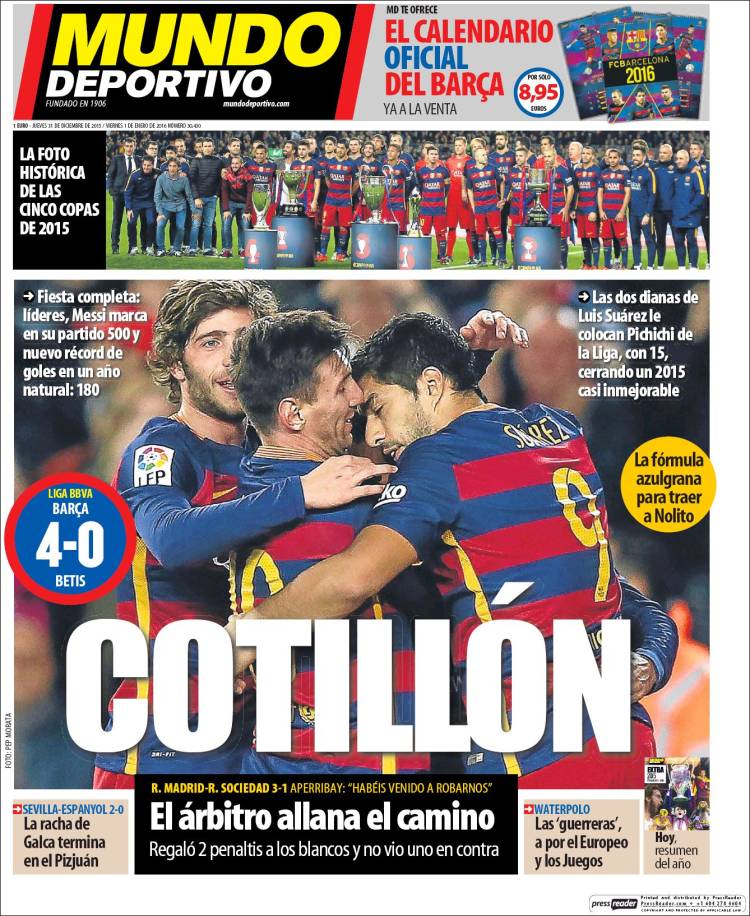 Complete game: leaders, Messi scores on his 500th appearance and Barca set a record for goals in a calendar year: 180

Luis Suarez’s two goals make him top scorer in the league with 15, capping off an almost unbeatable 2015

Barca devise a formula to bring in Nolito

Galca’s streak ends at the Pizjuan

The referee paves the way