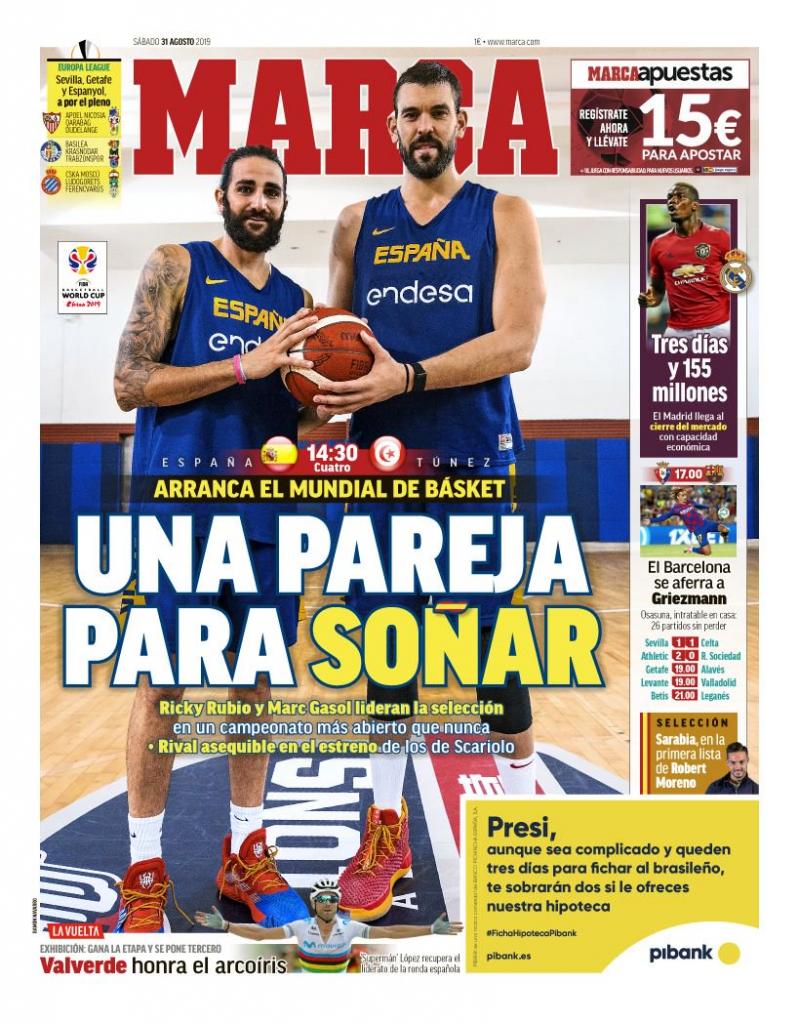 FC BARCELONA: Barcelona Depend on Griezmann - Ernesto Valverde's side face newly promoted Osasuna, who are unbeaten in 26 games at home. 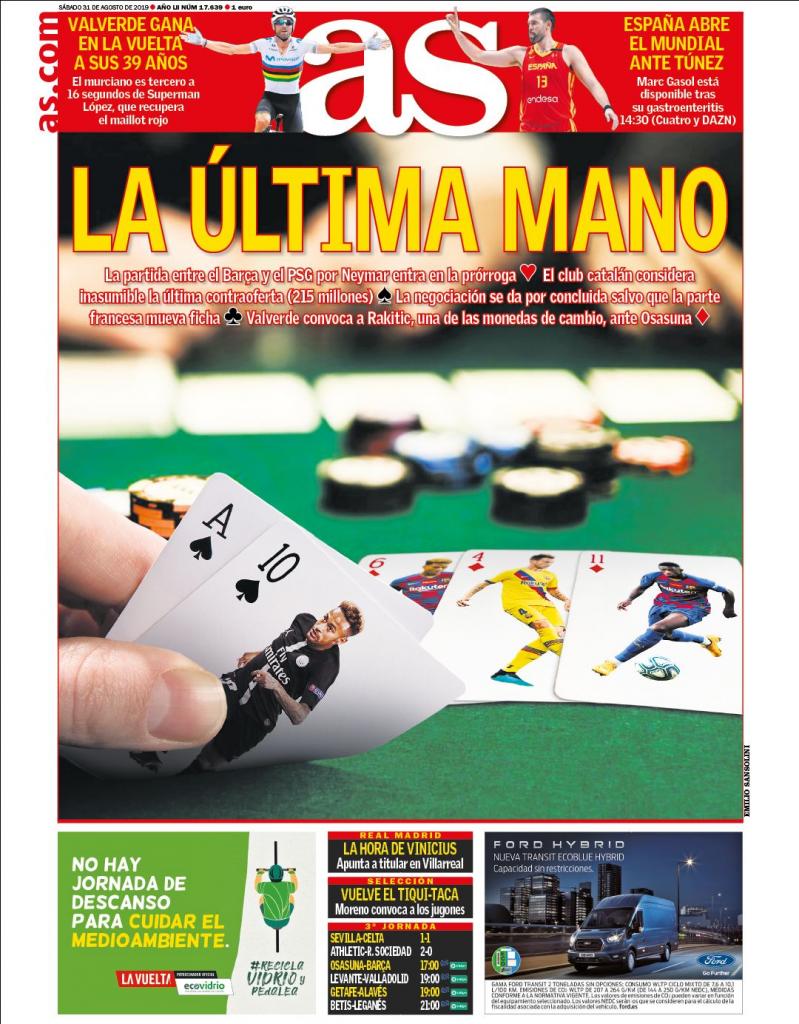 FC BARCELONA: The Final Hand - Barcelona's negotiations with PSG over Neymar enters their final stages. The Catalan side are refusing to pay PSG's most recent asking price of €215M, and they will not change their stance, unless the price is lowered.

FC BARCELONA: Ivan Rakitic, who had been linked with a move to the Ligue 1 side as part of the Neymar deal, is recalled for the weekend clash with Osasuna.

REAL MADRID: The Time of Vinicius - The Brazilian is set to start against Villarreal on Sunday. 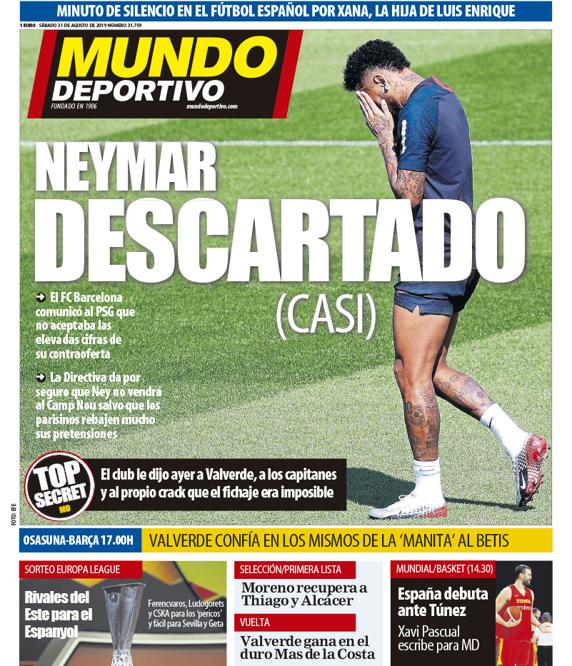 FC BARCELONA: Neymar Discarded.....Almost - Barcelona have rejected the counter asking price for Neymar from PSG and club officials have assumed that Neymar will not be returning to the Camp Nou.

FC BARCELONA: Ernesto Valverde is set to place his trust in the same players that beat Real Betis 5-2 last weekend, as they host Osasuna later today.