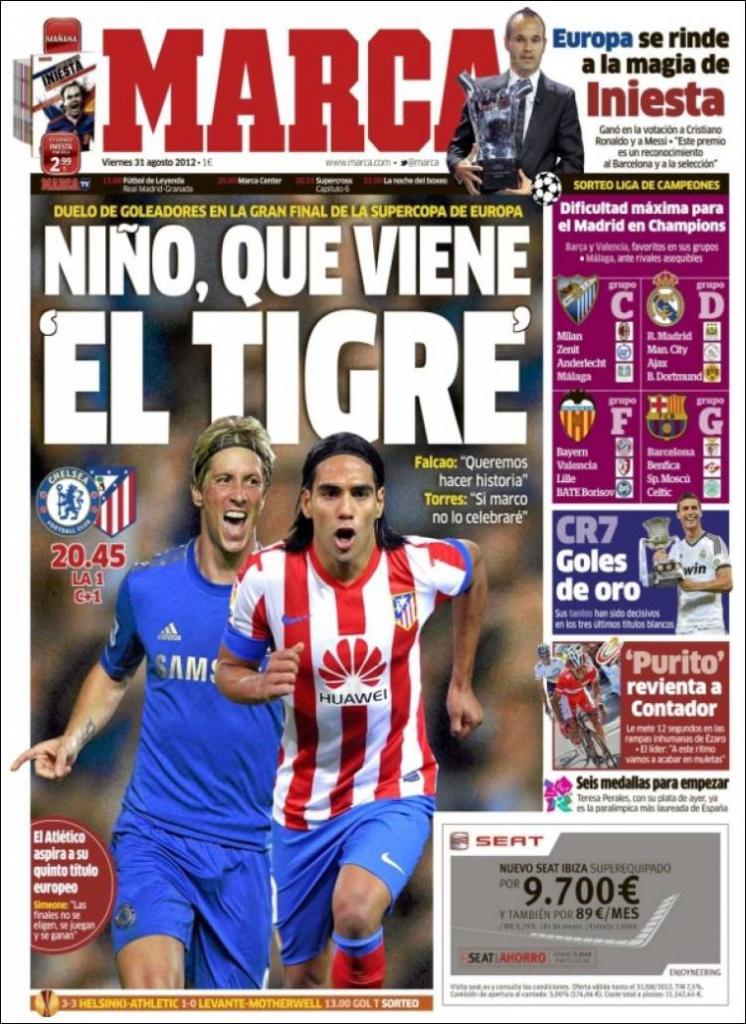 Dual of the goalscorers in the European Super Cup

Simeone: "You don't pick your finals, you play them and you win them"

Falcao: "We want to make history"

Torres: "If I score I won't celebrate"

Europe bows to the magic of Iniesta: he wins the vote over Cristiano Ronaldo and Messi

"This is recognition for Barcelona and the Spanish national team"

Maximum difficulty for Madrid in the Champions League

Barca and Valencia are favourites in their groups: Malaga face accessible rivals 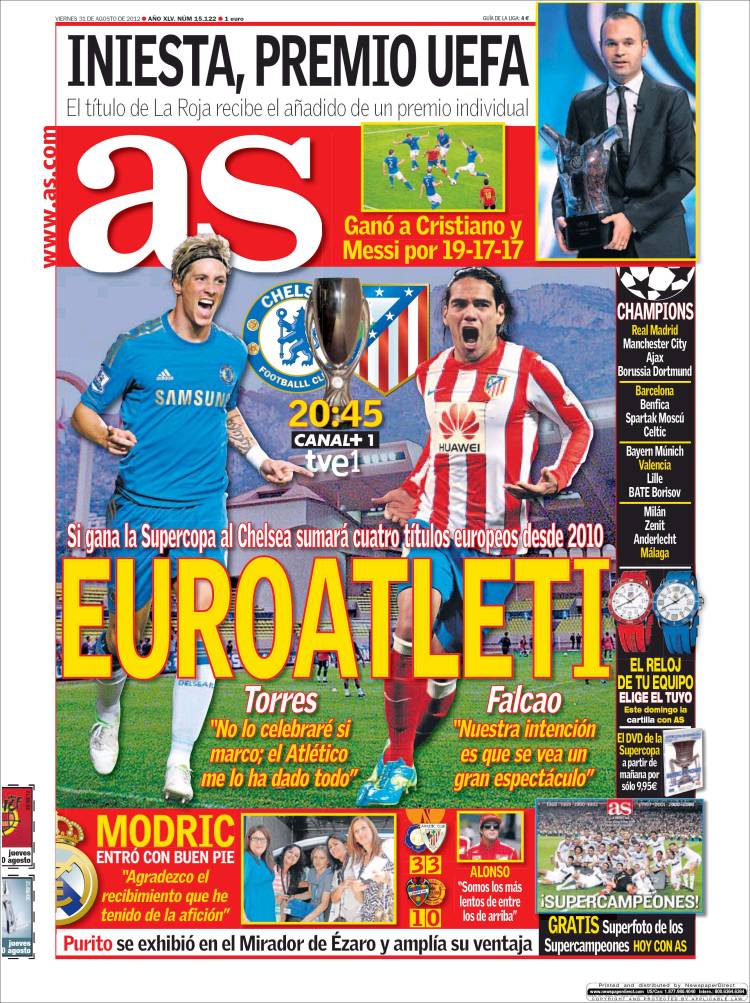 Euroatleti: if they win the Super Cup against Chelsea it will be four European titles since 2010

Torres: "I won't celebrate if I score, Atletico gave me everything"

Falcao: "My hope is that we see a great match"

Modric gets off to a good start: "I thank the fans for the reception they gave me" 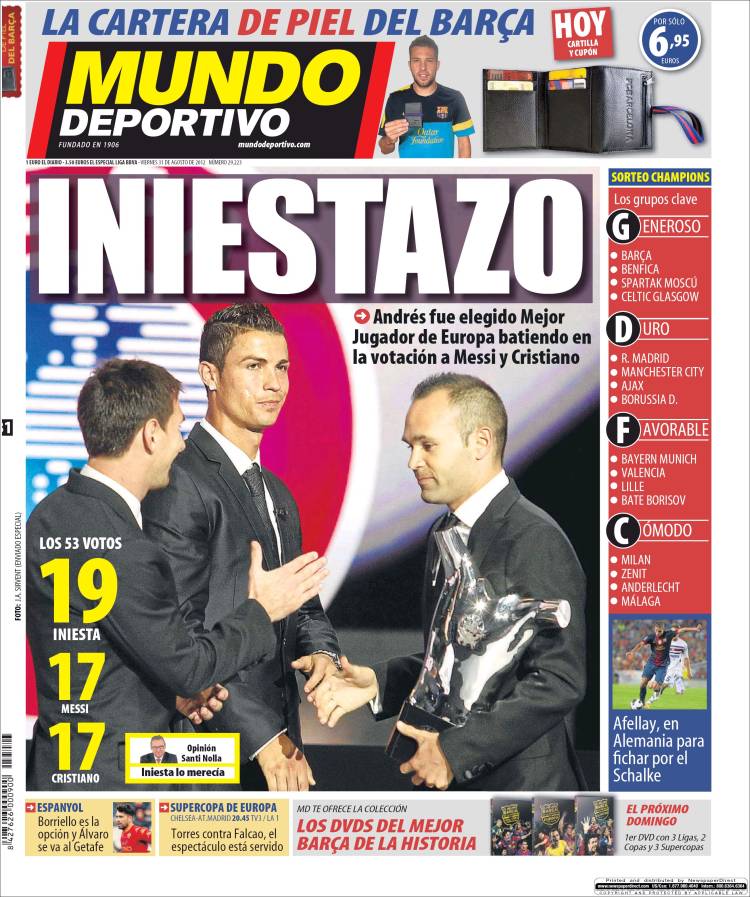 Espanyol: Borriello the option and Alvaro goes to Getafe