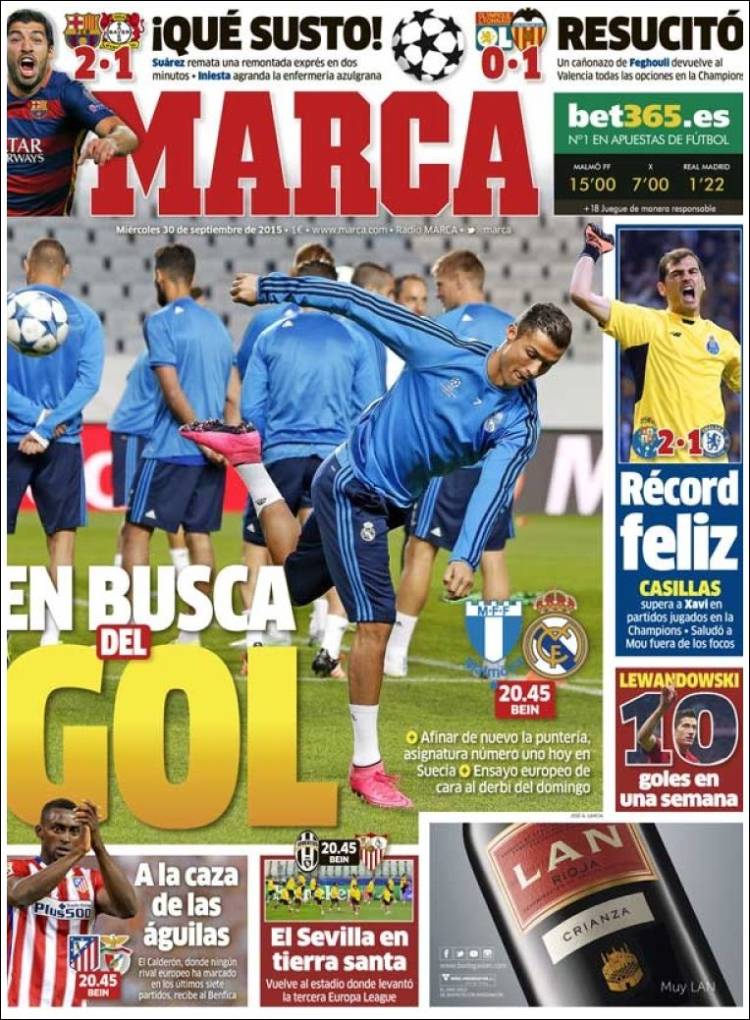 In search of a goal

To tune the aim, subject number one today in Sweden

European trial to face the derby on Sunday

Iniesta adds to the Azulgrana infirmary

Casillas surpasses Xavi in games played in the Champions League

He greeted Mou away from the attention

On the hunt for eagles

The Calderon, where no European rival has scored in seven games, receives Benfica 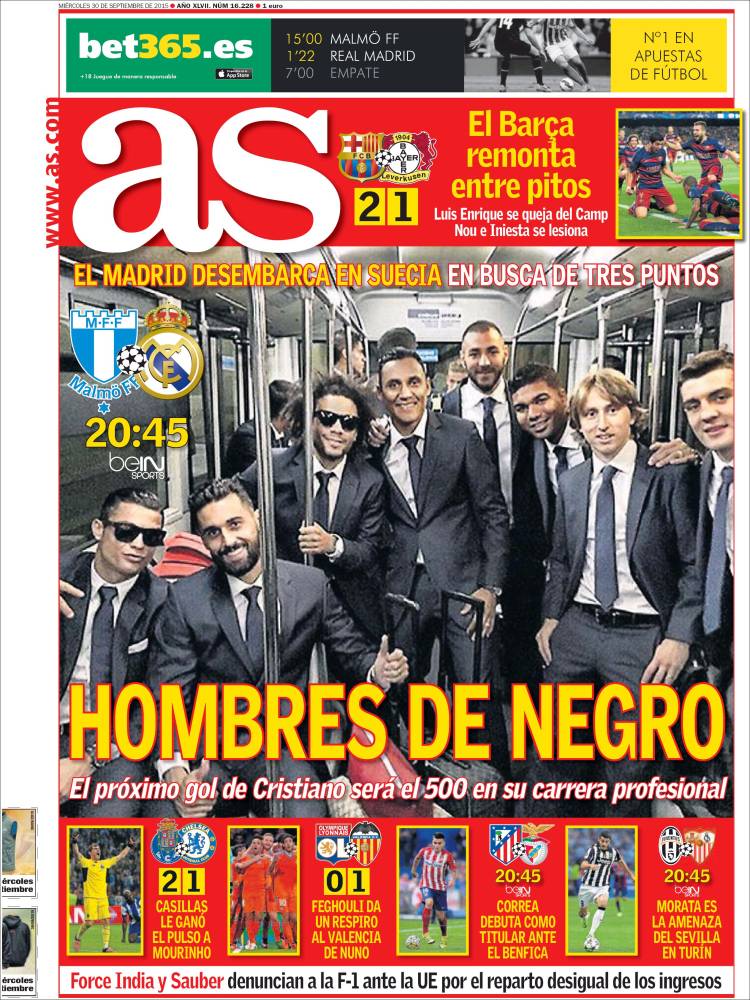 Madrid land in Sweden in search of three points

Barca recover in between whistles

Luis Enrique complains about Camp Nou and Iniesta is injured

Correa to make his debut as a starter against Benfica

Morata is the threat to Sevilla in Turin 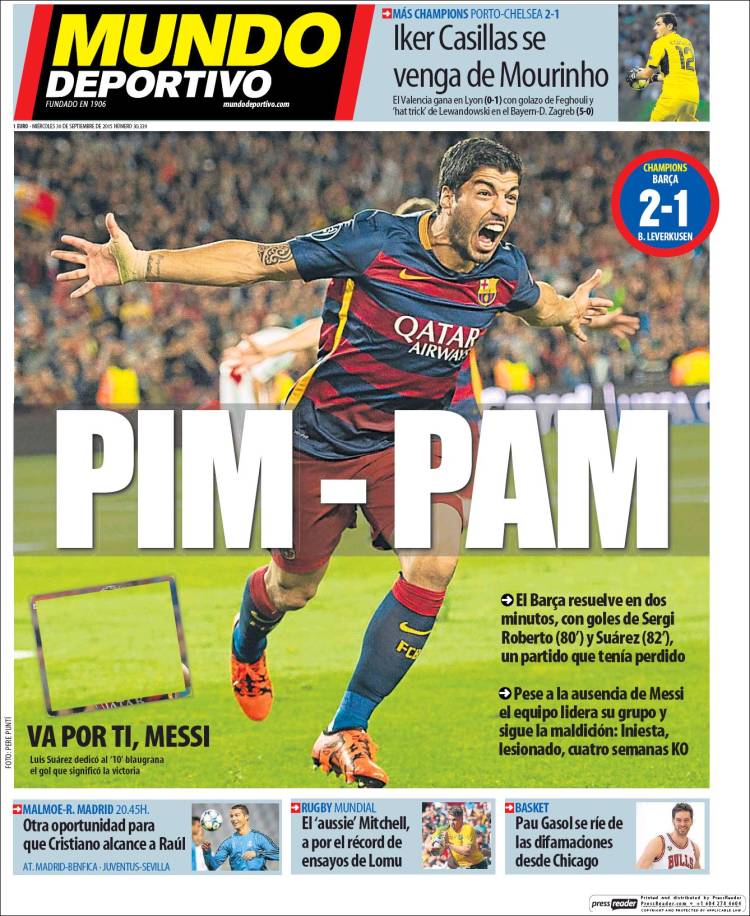 Barca in two minutes resolve a game that was lost, with goals from Sergi Roberto [80] and Suarez [82]

Despite the absence of Messi the team leads the group and the curse continues: Iniesta injured, out for four weeks

This is for you, Messi

Luis Suarez dedicates the winning goal to the Blaugrana No 10

Another chance for Cristiano to reach Raul